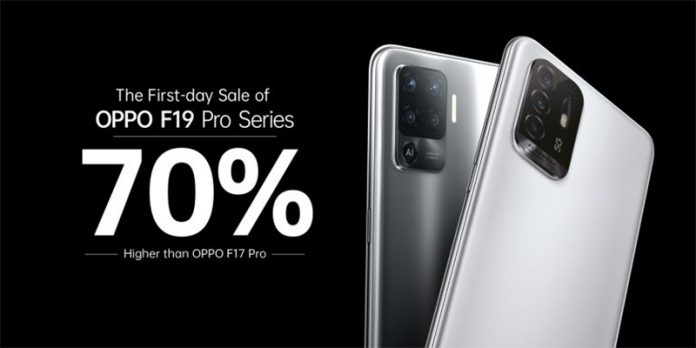 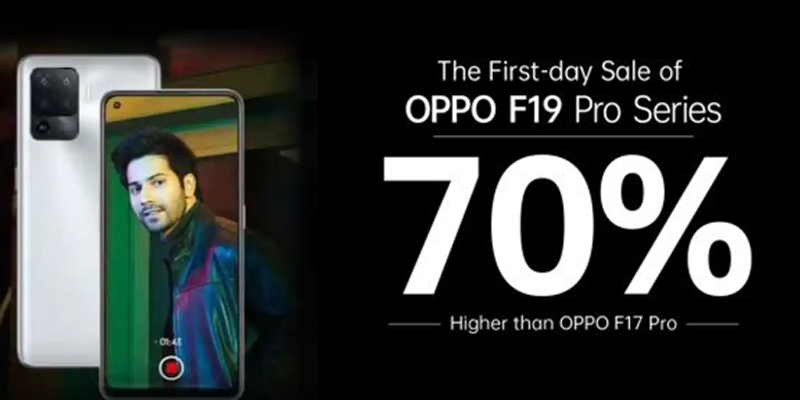 OPPO sets a new record with the launch of F19 Pro Series in India; witnessed 70% growth on the first day of sale

National – F19 Pro series the most latest device launched by OPPO India has set a milestone by securing record-setting orders. The device has outsold all its predecessors by achieving more than 70% growth in the first day sale volume as compared to its last year’s version F17 Pro.

With its unique and advanced features in Video, battery and gaming experience, the device has created a buzz and excitement among the F series fan club. Ahmedabad, Mumbai and Tamil Nadu have shown the maximum demand for this series in the pre-booking order days and also on the day one of the sale. Out of the two variants – F19 Pro+ 5G and F19 Pro, the former has gained the maximum share of user interest. The company witnessed a huge demand for the F19 Pro+ 5G from the non-metro markets of India.

Commenting on the overwhelming response of F19 Pro series, Damyant Khanoria, Chief Marketing Officer, OPPO India said, “The F19 Pro Series has made a smashing start with sales up by 70% versus the previous generation of the F series. The tremendous interest during the pre-booking and first day of sale reflects the success this series will see. 2021 is turning out to be a monumental year for OPPO India!”

With the brand’s philosophy of ‘Technology for Mankind. Kindness for the world’, making consumer’s life better through innovations and industry-first technology is of paramount importance for OPPO. This has led to the continued success of the brand. According to latest research report of Counterpoint, in January 2021 OPPO has risen through the ranks to become the number one smartphone brand in China. In India, Canalys’s February 2021 report highlights OPPO having the highest annual growth rate of +23% among the top five smartphone players.

Aligned with the same brand philosophy, OPPO F19 Pro series with its AI Highlight portrait video giving a stellar solution to an age-old problem in content creation: “once the light is gone, the shot is gone!”. Devices in this series seamlessly fit into the lifestyle and bring game-changing features to the fingertips of the world’s most creative generation and trendsetters. OPPO F19 Pro+ 5G is the first 5G variant in the F series.