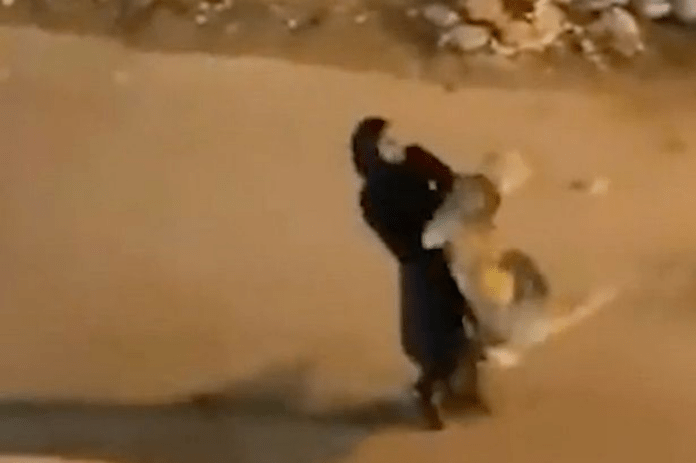 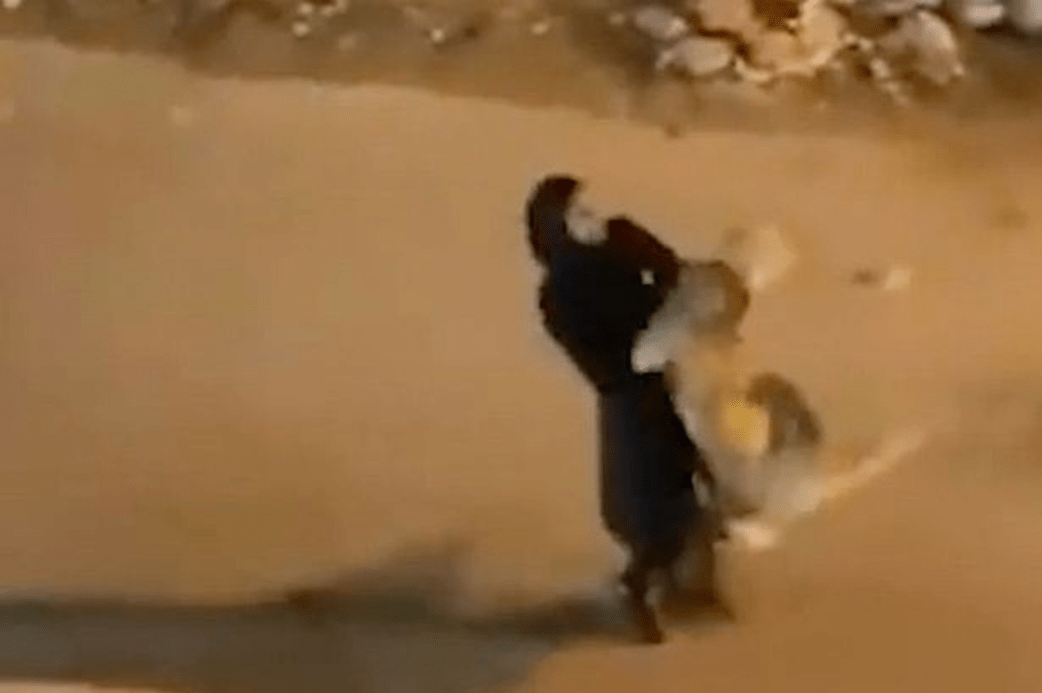 This bizarre clip shows a woman casually catching a lion and carrying it down the street after she found it wandering around a busy city.

The big cat escaped from a private residence and although it is still young, it still looks pretty massive from the photos and wrestling it wouldn’t be for the faint-hearted.

But that didn’t stop this woman in Kuwait, who pounced on the lion as soon as she saw it and soon had it by the scruff of the neck.

According to Arab Times, the lion was the pet of a local resident and escaped onto the street in the Sabahiya area of Kuwait City.

According to local reports, the lion was causing panic amongst local residents and the environmental police were alerted to the incident and sent to the area.

However, the girl had reportedly already captured the animal before police arrived at the scene.

Some local reports suggest the girl and her father are the owners of the lion and they were able to recapture it.