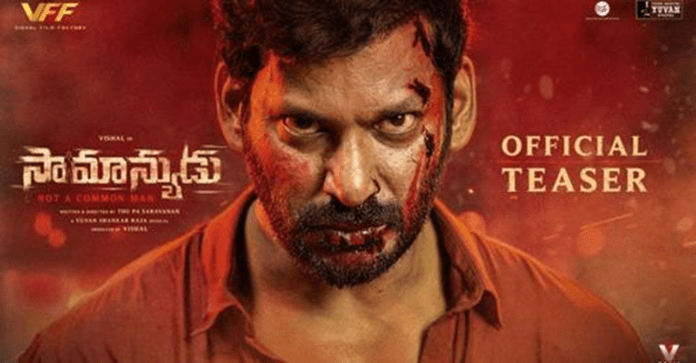 Actor Vishal is all set for his upcoming movie ‘Saamanyudu’ which is slated for release on January 14. The makers on Tuesday made an announcement regarding the release date.

Apparently, the film’s story revolves around a common man who stands up against the system and urges people to fight against the wrong.

Imbibed with other commercial elements, ‘Saamayudu’ is touted to be a perfect festival watch, which is to be released during Sankranthi.

‘Saamanyudu’ is to release in Tamil and Telugu and is billed as an action drama. Helmed by debutant filmmaker Thu Pa Saravanan, the film is being produced by Vishal himself on his Vishal Film Factory (VFL) banner.

Kavin Raja is the head of the cinematography department, while Yuvan Shankar Raja composed music. S.S. Murthi is the art director and N.B. Srikanth is the editor.

Vishal is also to act in an upcoming movie titled ‘Enemy’, while he will kickstart Karthik Thangavelu’s upcoming movie soon. Vishal’s next movie ‘Thupparivaalan 2’ will begin soon as well.