NAGARI (Andhra Pradesh): Andhra Pradesh Industrial Infrastructure Corporation (APIIC) Chairman and Nagari MLA from YSR Congress Party R K Roja on Sunday launched two Ambulance Bikes in her own, inimitable style. After flagging off the two mobile two-wheeler ambulances here, she jumped onto one of them and took everyone by surprise by riding them.

Automobile firm Sri City Hero Motors manufactured these two Ambulance Bikes, which Roja handed over to the Putthur Government Hospital on this occasion. The enterprising actress-turned-politician then hopped on to one of the brand new ambulance bikes and drove it to some distance thus giving a good ‘photo op’ for all the flash bulbs in waiting. 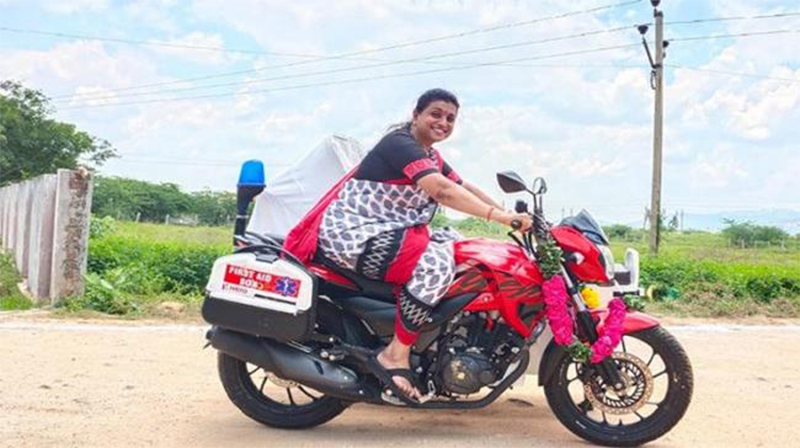 YS Jagan, A Role Model For The Country

Speaking on this occasion, Roja heaped praise on Andhra Pradesh Chief Minister Y S Jagan Mohan Reddy, stating that by putting the state on the highest pedestal in ‘Ease Of Doing Business’, the chief minister became a role model and a source of inspiration for the entire country. She lambasted TDP chief Chandrababu Naidu and his son Lokesh for spreading falsehood that the state is being deserted by industrialists. 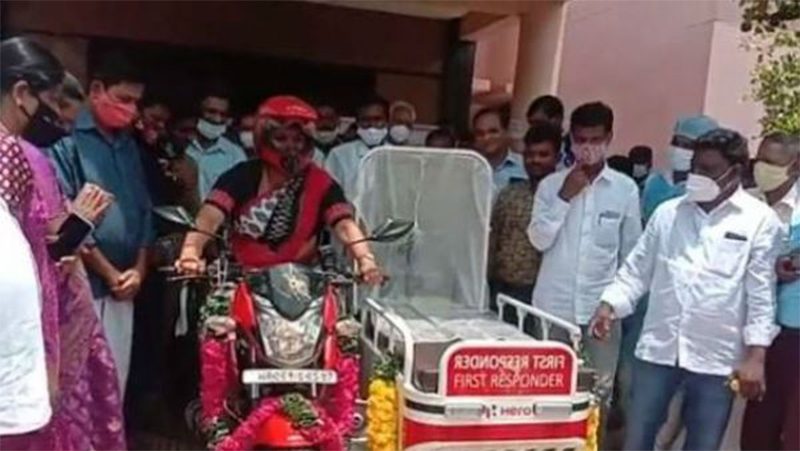 She said that industrialists and entrepreneurs investing their complete trust and faith in YS Jagan is a slap in the face for both Chandrababu and Lokesh. “Their unending lies against the state government have once again been nailed in full public glare,” she commented. Referring to Andhra Pradesh being voted as Number 1 state in ‘Ease Of Doing Business’, she ridiculed the TDP for its desperation to claim credit for this and said that this is a classic proof of their (TDP leaders) cheap politics.