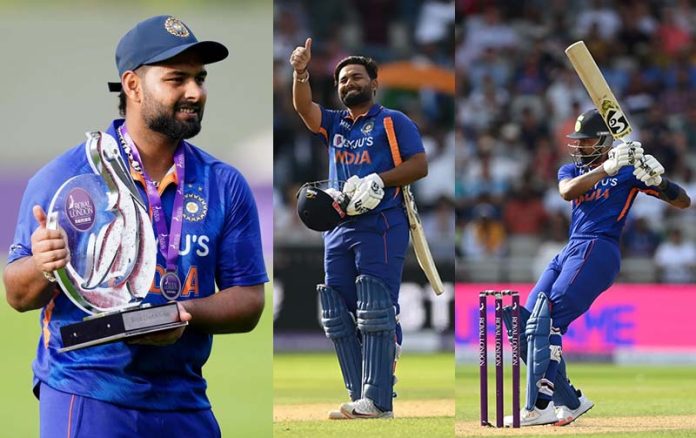 India’s series victory over England has seen the Rohit Sharma-led side further consolidate their third place ahead of Pakistan on the latest ICC Men’s ODI Team Rankings.

India, with 109 rating points, are now three ahead of Pakistan (106), as New Zealand continue to be the No.1 side with 128 rating points.Jos Buttler’s England, in spite of losing the three-match ODI series, are second with 121 rating points.

A maiden One-day International century by wicketkeeper-batter Rishabh Pant helped India clinch a 2-1 series victory over England on Sunday and in the process ensured they held on to third spot.

That situation could change over the coming weeks, with sixth-placed South Africa currently only seven rating points behind Pakistan and with the opportunity to rise as high as fourth if they can sweep their upcoming three-match series against England.

India have their own three-match series against the West Indies later this month and could put further pressure on the likes of Pakistan, Australia and South Africa with a good performance in the Caribbean.

Pakistan are currently battling it out on the Test arena against Sri Lanka, with the next 50-over assignment for Babar Azam’s side in August in the Netherlands.