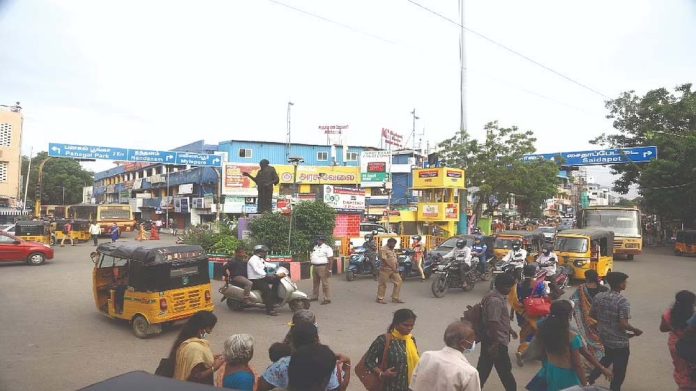 Thanks to the CM’s announcement allocating funds to build flyovers in the city, the GCC will be floating tenders soon, to build them at arterial junctions

CHENNAI: In the 1990s, MK Stalin, who was the Mayor of Chennai Corporation, constructed 9flyovers at major junctions earning the moniker – City of Flyovers – to the metropolis.

Though the State Highway Department constructed a few flyovers, the civic body has not constructed any after the 2000s. But now, the Chennai Corporation is all set to float tenders for 2 new flyovers. The announcement was made at the recently-held State budget session.

A Chennai Corporation senior official said that tenders will be floated for new flyovers in Ganesapuram and T Nagar and the work order will be issued in a few weeks. “On the other hand, measures have been taken to study the construction of a new flyover in Valluvar Kottam junction, which was also announced in the budget session,” the official added.

The State government has also issued an order allocating funds to construct a flyover at the junction of Konnur High Road and Strahan’s Road. T Nagar flyover will connect the existing South Usman Road flyover with CIT Nagar while the Ganesapuram flyover will replace an existing subway.

On the other hand, the State Highways Department has constructed new flyovers at Vadapalani junction, Koyambedu bus stand and Thirumangalam junction in the last five years.

There were around six million registered vehicles in the city at the end of fiscal 2019. Between 2008 and 2019, the compound annual growth rate of registered motor vehicles stood at 7.47%, which resulted in increased traffic on the city roads.

Apart from new flyovers, the civic body will also construct a high-level bridge across the Cooum River to replace an existing low-level causeway in Nolambur connecting Poonamallee High Road and Union Road and other bridges at Aspiran Garden, Jeevan Nagar and Nolambur. Though the earlier regime did not construct any flyovers, it built several bridges and footover-bridges. Construction of bridges over Puzhal surplus canal has been completed and railway bridge work at Elephant Gate is ongoing.KP Subramanian, former professor of urban engineering, Anna University, opined that flyovers are cost-intensive and will not resolve traffic congestion.“

Flyovers only shift the congestion from one location to anoother. Furthermore, they benefit only fast-moving motorised vehicles such as cars and two-wheelers, who constitute an insignificant percentage of the total trips. Buses don’t ply on the flyovers. Neither pedestrians nor cyclists can use them,” he said. He also proposed promotion and integration of multi modes of the public transportation such as buses, suburban trains, the Mass Rapid Transit System, and the Metro Rail as a long-term solution for the traffic congestion and by revamping the Chennai Unified Metropolitan Transport Authority (CUMTA), which is in a state of morbidity since 2010.

When asked about the opinion of the former professor, the senior official said that people buy two-wheelers or cars as soon as their financial status improves, and not prefer public transportation “It would take several years to change this mindset. But until then, flyovers are the only solution. Also, Chennai traffic condition is better than the situation in other cities such as Bengaluru and Mumbai,” he pointed out.