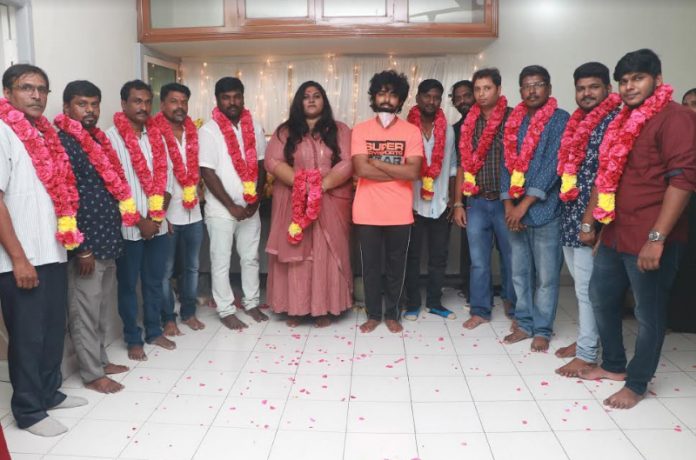 Romantic thrillers have always earned the admiration and support of the masses. And actor and music director G V Prakash has now signed up to do one next.

Yes, just as G V Prakash’s brilliant musical score for the critically-acclaimed superhit ‘Asuran’ and the eagerly-awaited Suriya-starrer ‘Soorarai Pottru’ have further cemented his position as one of the Tamil film industry’s most bankable music directors, his commendable acting performances in films have also made him a bankable actor as well.

Not one to rest on his laurels, G V Prakash has been keeping busy, completing all his projects one by one. His upcoming projects too seem to hold a lot of promise and are sure to make his career graph soar even higher.

In fact, G V Prakash has signed an exciting new film that has been tentatively titled Navira Cinemas Production No 1.

The film, a romantic crime thriller, is being directed by Akilan, who has worked with several leading directors and who is well known for his short films.

Sources say that G V Prakash was impressed by the manner in which Akilan narrated the plot and immediately agreed to play the lead in the film.

The film got off to a great start with a simple pooja that was held at Valasaravakkam today. The event was held in accordance with government norms, with all participants maintaining social distance and wearing masks.

Full fledged work on this film will begin in the first week of December this year in Chennai. Other places that the unit plans to film include Bangalore and Hyderabad.

Navira Cinemas is producing this big budget film, which is to be made in a time period of 55 days.