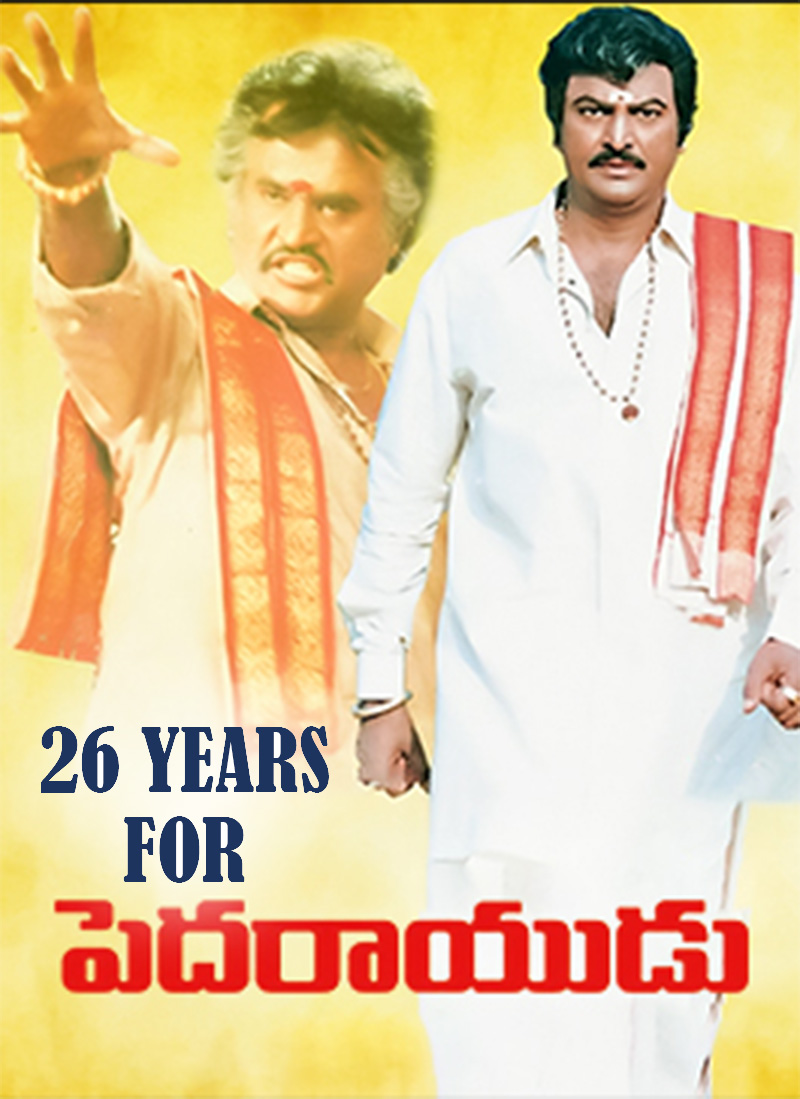 Pedarayudu is one of the blockbuster hits in 1995, starring Mohan Babu, Rajinikanth, Soundarya and Bhanupriya in the lead roles. Directed by Ravi Raja Pinisetty, Pedarayudu was an official remake of the Tamil super hit Nattamai(1994,) starring Sarathkumar, Khushboo, Meena and Vijaykumar. The storyline was kept intact and matching the interests of Telugu audience. Pedaryudu remains to be one of the masterpieces in the history of Telugu cinema for its strong storyline depicting life in small towns. Pedaryudu celebrates 26 years today on June 15, 2021.

We all have prominent figures who we look up to at times of need and who put us on the right path. Having such prominent figures is a blessing. Pedarayudu is one such movie showcasing the need of prominent figures and their guidance in life. Sticking on the lines of justice, truth and kindness, it narrates the story of a Pedarayudu(Mohan Babu) who takes the throne after his father Paparayudu(Rajinikanth’s) demise. The story follows inseparable attachment between three brothers and their bonds. What happens when the elder brother Raja is accused of an uncommitted crime and banished from the village by his brother’s Pedarayudu verdict forms an engaging plot. 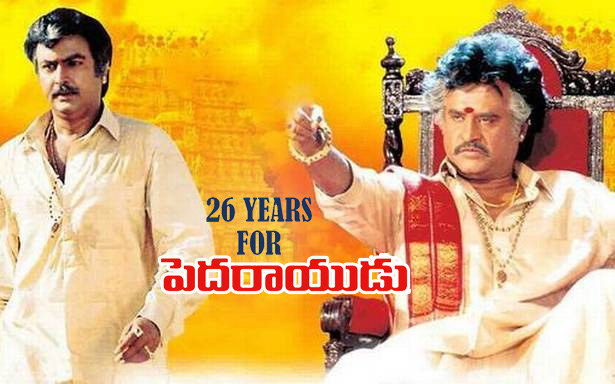 Rajinikanth as Paparayudu, the village head carries the vigor and royalty well and Mohan Babu’s dual role as Pedarayudu and Raja is commendable. Bhanu Priya as a dedicated house wife pulls her role with ease. Soundarya as an arrogant educated woman followed by her realization of the truth was applauded. All in all, Pedarayudu is a family drama that shall be talked about for decades and it will forever be the most loved film of Telugu cinema.