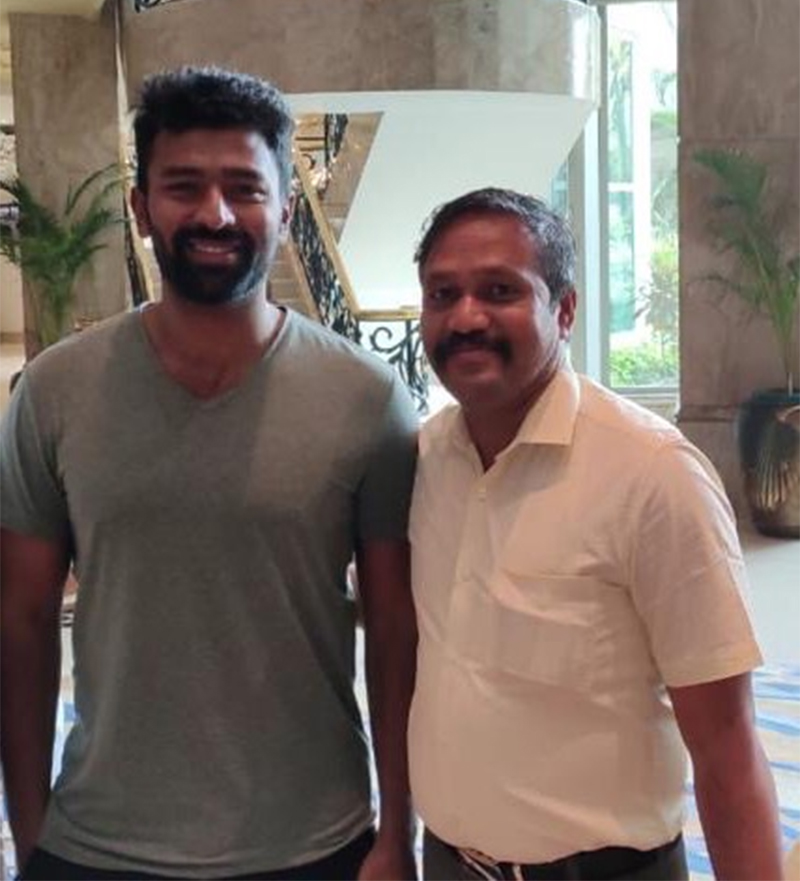 2020 has already gifted Shanthnu with lots of bonanzas that include Mani Ratnam’s Vaanam Kottattum, Vijay’s Master, Murungakaai chips, and a couple of respectable projects. Apart from these movies, he has ‘Raavana Kottam’, which belongs to a unique premise that he believes will be a breakthrough in his career.

Producer Kannan Ravi says, “Patience and perseverance have a magical effect before which difficulties disappear and obstacles vanish.” This is one of the most inspiring quotes that I always believe in and it has been imparting a good impact on everything involving my project. We launched our film ‘Raavana Kottam’ last year. Ever since, the commencement, we as a team have been working with the best potentials to make sure that the project gets materialized in the best way as we envisaged and was accordingly materialized.  With a substantial script written by Vikram Sugumaran and a good talent like Shanthnu Bhagyaraj along with gifted actors and technicians, we embarked on our journey. The entire film is based on geography and a particular tropical climatic condition that occurs only 3 months in a year. As we started shooting last year, we had a favorable situation until heavy rains started prevailing. Since these factors are an integral part of the film, we didn’t want to rush and ruin its inherent essence. Nonetheless, as we decided to resume the shooting during the same season, the pandemic COVID 19 created a heavy blow upon the entire industry.  I am well aware of the market conditions in cinema right now, but still going with a good investment for this movie on Shanthnu because I believe in his talent and Vikram Sugumaran…  We are now waiting for the situations to turn normal and waiting for Government orders on resuming the shooting with safety precautionary measures. Moreover, I am extremely happy about the way Shanthnu’s graph as a star is spiking up with the current line up of his projects, which I believe will be a boosting factor to the film.”

Actor Shanthnu Bhagyaraj says, “We as a team are thankful to our producer Kannan Ravi for being completely patient and supportive during these tough times. Being our family friend for years, he has always been a well-wisher praying for my successful career. Although being a great entrepreneur and had nothing to do with films, he came forward to produce Raavana Kottam as he wanted me to have a breakthrough. Despite the process getting stretched and delayed, he remains calm asking us not to rush. We are now keeping our fingers crossed for the situations to get normal and instantly resume our shooting. During the commencement of Raavana Kottam, Kannan Ravi sir told me that there will be a downpour of good offers upon me after the release.  What struck me with absolute astonishment was to get such amazing offers like Mani Ratnam sir’s Vaanam Kottattum, Vijay anna’s Master, and couple more projects that are awaiting official announcements all this happened even before we completed the shoot. He’s such lucky mascot for me now. He also assured that he doesn’t want any profit from this project and just a return of invested budget is more than enough so that he will continue producing many more good movies. Once again, I express my thanks to Kannan sir for banking his trust on me and director Vikram Sugumaran with a big investment and letting our process be comfortable even during these turbulent times.”