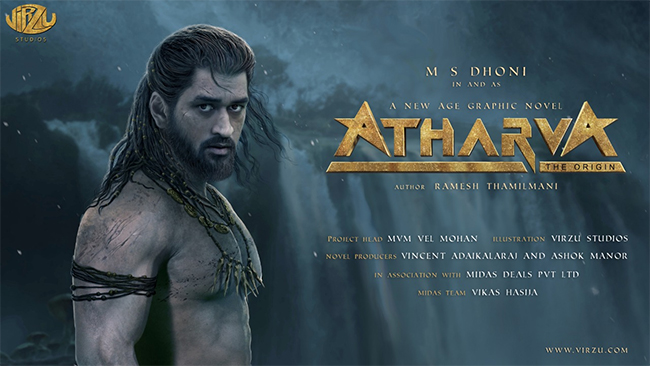 ~ Created by Virzu Studios in association with MIDAS Deals Pvt Ltd., the graphic novel to showcase Dhoni in a never seen before avatar ~

Chennai, 2nd February 2022: Giving comic lovers and MS Dhoni fans a reason to rejoice, Virzu Studio in association with MIDAS Deals Pvt Ltd today released the motion poster of its upcoming mega budget graphic novel, ‘Atharva – The Origin’. Starring none other than the ace cricketer himself as a superhero and warrior leader, the official motion poster was released today by MS Dhoni on his official Facebook handle. The motion poster features a rugged looking Dhoni, giving fans a glimpse into the world of Atharva and also a sneak peek into the first look of the Cricketer as a superhero. 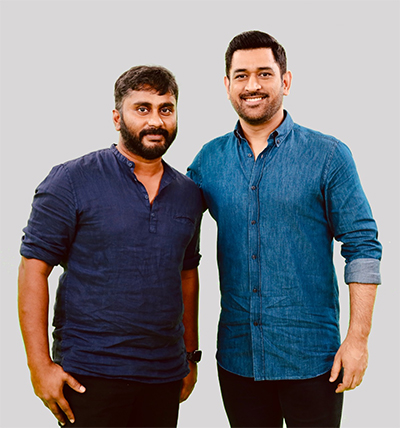 In an effort to offer an immersive experience to the readers, the creators have worked with a team of artists diligently for several years to create the Mystical world of Atharva. Teleporting the readers to a different universe, this graphic novel, authored by Ramesh Thamilmani, headed by Mr. MVM Vel Mohan and produced by Mr. Vincent Adaikalaraj and Mr. Ashok Manor, features over 150 lifelike illustrations which present the gripping, racy narrative.

Commenting on the project, MS Dhoni said, “I am thrilled to be associated with this project and it is indeed an exciting venture. Atharva – The Origin is a captivating graphic novel with an engaging story and immersive artworks. Author Ramesh Thamilmani’s attempt to launch India’s first mythological superhero with a contemporary twist will leave every reader wanting for more.”

Adding to this, Author Ramesh Thamilmani, said “Atharva – The Origin is a dream project and one that is close to my heart. We have worked for several years to bring alive a vision, an idea and translate it into a masterpiece as you will see. I am excited and happy to have MS Dhoni portraying Atharva, who truly embodies the character. Each of the characters and artwork in the novel including that of MS Dhoni’s has been developed post extensive research and every nuance of the world has been created with great attention to detail. Every element in the book – cover to cover – is a testament to our passion. I would like to thank the Project Head, Mr. MVM Vel Mohan and my producers Mr. Vincent Adaikalaraj and Mr. Ashok Manor, without whom this project would not have been possible.” 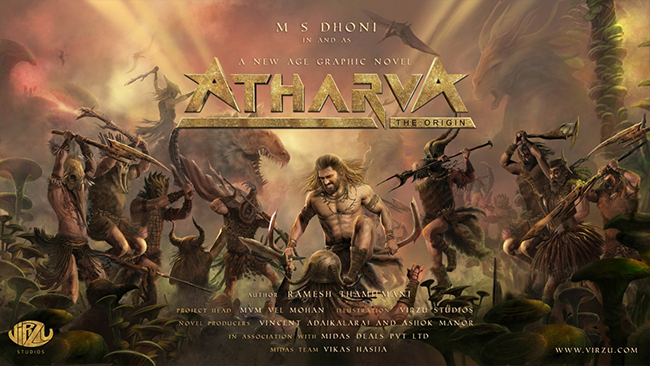 Atharva- The Origin is a much anticipated new-age graphic novel that is set to start a new chapter with its vivid illustrations created using world-class technology. The pre-order will start form this month and the official launch date will be announced soon. A quick glimpse of the motion poster can be viewed on the official social media handles.