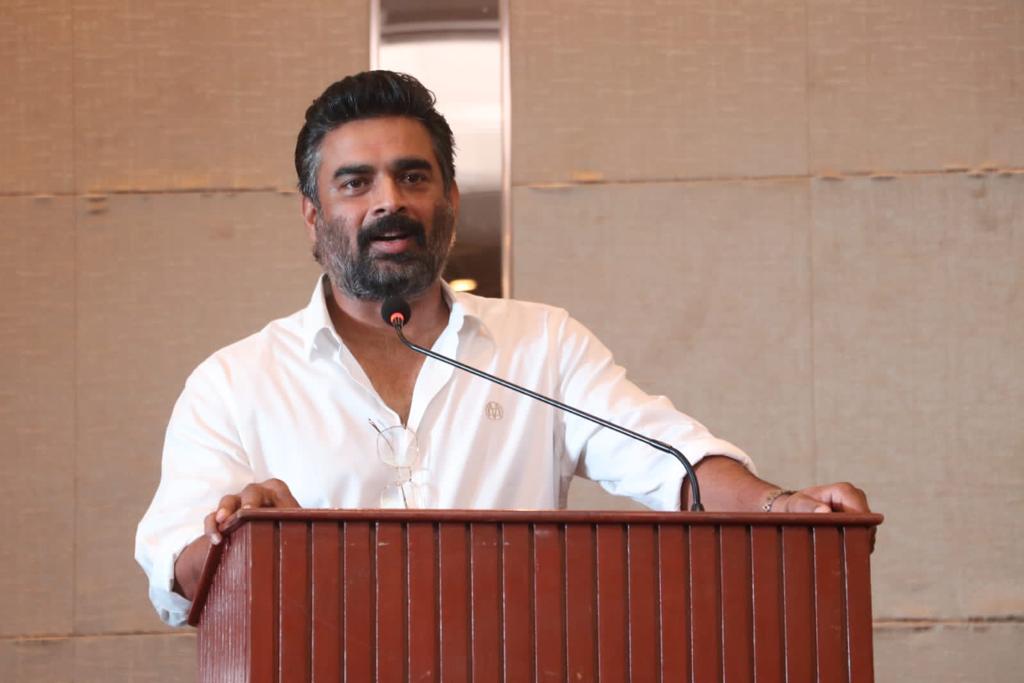 I wanted the Nation and world to know about the unheard epic life of people like Nambi Narayanan says Actor R. Madhavan

Actor Madhavan has played the lead role in the Pan-Indian movie ‘Rocketry’, which marks his directorial debut as well. The movie has already hit the radar of the greatest expectations across the world. All for the sake of the logline – A Movie Based on the Real Incidents in the Life of ISRO Rocket Scientist Shri Nambi Narayanan… With the movie hitting worldwide on July 1, 2022, R. Madhavan met the press and media fraternity and shared his experience of creating ‘Rocketry’.

Actor Madhavan said, “After the completion of Vikram Vedha, my friend suggested me to make a movie based on real incidents that happened in the life of an ISRO scientist, who was falsely accused of revealing the National secret to the Pakistan army, was tortured in prison almost to death, but he came out and proved his innocence. Initially, I was excited about this idea as it gave me an impression of a James Bond-styled flick. Brimming with my assumptions, I met Nambi Narayanan, which changed my dimension of life. To be precise, I would categorize my life as Madhavan before and after meeting Nambi Narayanan. I had known that he is one of the intelligent minds of India, but when I met him, I could see an adorable aura in him. His lips were shivering with anger and worries, which had lots to speak. When he started recalling the injustice done to him, he almost got high-tempered, and I had wanted to cool him down. I said, “Sir, Let bygones be bygones. You’ve been acquitted on all charges. I think there’s nothing to worry about now.” But he reverted stating, “Yes, it’s true that I have been proved innocent by court and police, but you Google my name and you’ll see ‘Spy’ tagged to it. My family has been branded in such a way, and it remains irreversible.” This instantly instilled in me, the urge to write the script. After seven months, I returned to meet him with my final draft, I was blown out of the waters by his yet another shocking revelation. He just spoke about his achievements, which left me awestricken. At a certain point, I interrupted and asked him, “Sir, is this all true?” and he was like, “Why you say so?”. I asked him on a disappointing note, “I spent seven months writing a script based on your life, but you never told me anything about your remarkable achievements.” And guess what happened? He just gave a cool reply, “I didn’t do anything extraordinary. I just worked and got paid.” It was a blow of shock to me, which made me realize that there are two categories of patriotic people in the country. The one, who chants, glorifies, and spreads the essence of patriotism, and the other ones – The unwritten and unknown heroes. I wanted the Nation and world to know about the unheard epic life of people like Nambi Narayanan. It was disappointing to realize that many of us didn’t know that he was a Tamilian born in Nagercoil, and his contribution to the progress of the country was so immense but remained obscure to the public glare. So this is the reason behind my decision to make ‘Rocketry’.” 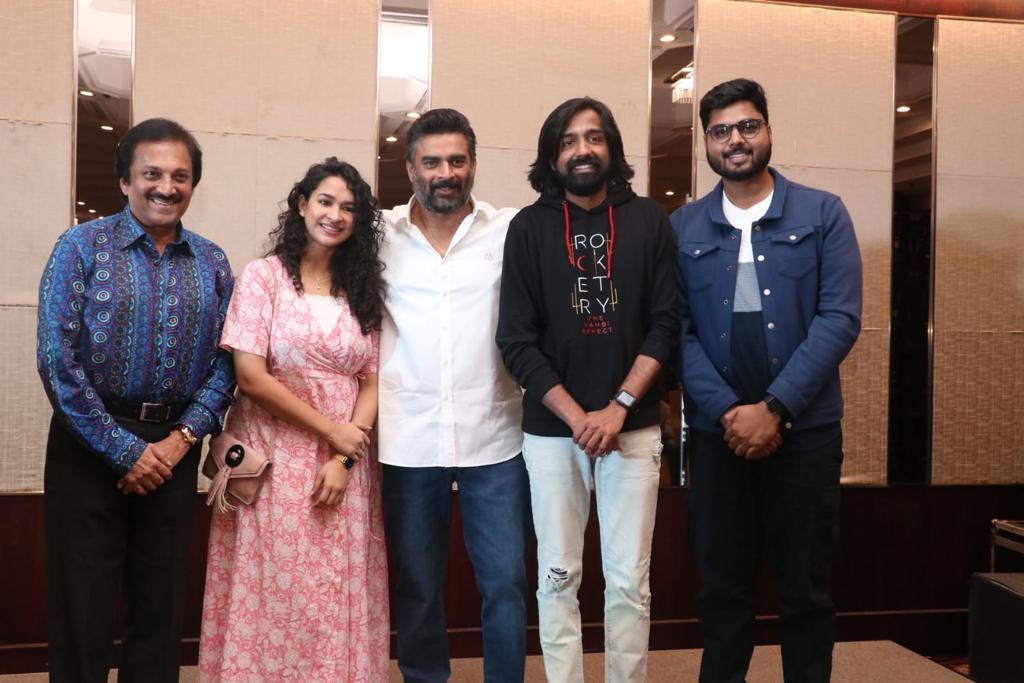 Actor Madhavan surprised the media and press gathering by screening a few pictures and footage of his physical transformation for the role of Nambi Narayanan. What became a moment of shocking surprise was the way; he realigned his teeth for getting an over-aged look, and the belly he had to gain. And, the picture that was clicked demoing his shedding down of weight and rejuvenation in just 14 days won him applause.

Apart from writing and directing ‘Rocketry’, R. Madhavan has produced this movie along with Sarita Madhavan, Varghese Moolan, and Vijay Moolan. Sam CS has composed the background score, Sirsha Ray has handled the cinematography and Bijith Bala has taken care of the editing.