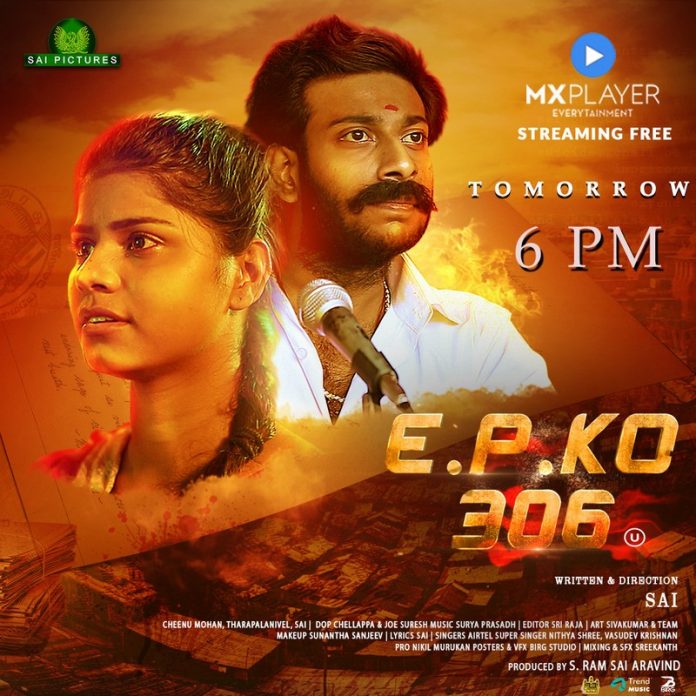 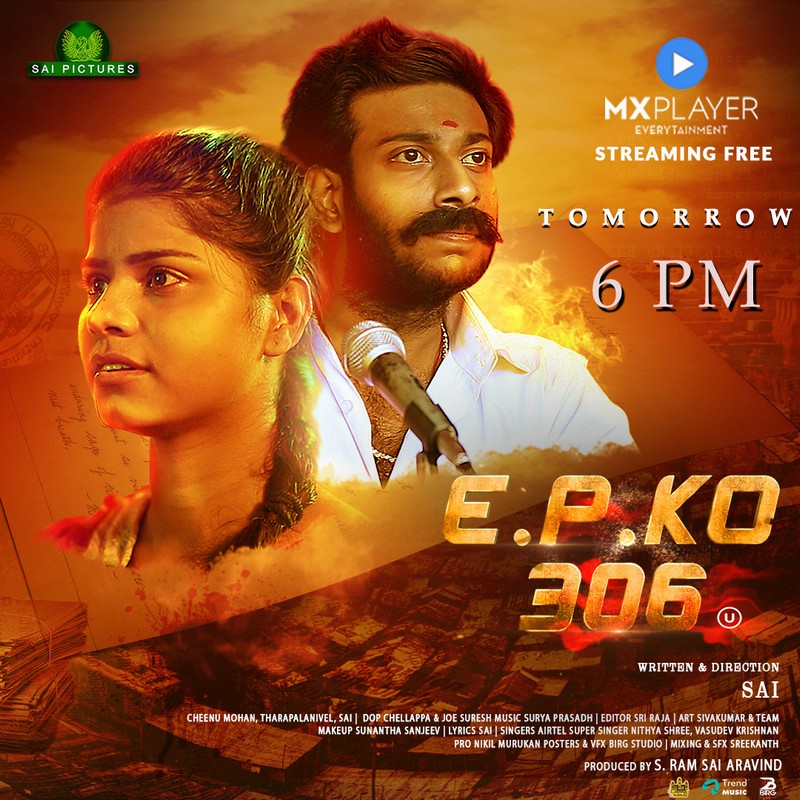 E.P.KO 306- A film based on true story- The film brings to limelight the political drama, the unethical business behind the NEET examination

E.P.KO 306 is a film based on true story. This film brings to limelight the political drama, the unethical business behind the NEET examination. The film is written and directed by Dr.Sai. Sai Pictures Shivakumar produced the film. The film is streaming live on OTT platform MXPlayer on January 22nd.

Thara Palanivel plays the lead role in the film. Cheenu Mohan, a lead artiste in the Crazy Mohan team also acts in the film. Director Sai plays the role of Villain.

Surya Prasadh has scored the music. Cinematography is done by Chellappa.Editing by Sri Raja. Airtel Super singer fame Nithya Sri and the Vasudev Krishnan son of famous singer Unni Krishnan has sung songs in the film.

Here goes the plot of the film. Kodeeswari, a 12th standard student hailing from a remote village in Trichy district tops the examination. In the dream of becoming a Doctor she takes up the NEET. But, she doesn’t crack the entrance examination. Her dreams get shattered in spite of scoring high marks in 12th standard public examination. She seeks legal help also ropes in the media houses to get justice. Using the situation of the poor student, a local politician stages a drama. He dramatizes the entire situation and tries to gain political benefits. The film then speaks about business behind the NEET, the political drama behind the protests.

The director of this film Sai is basically a Doctor. He penned this story and directed the same when he was studying in Medical college. The real episodes he heard from his juniors in making their way to the Medical College gave him strong stories to build the story line.

iIn 2004 Sai, won national award for his short film. After that he practiced as a Doctor for few years. But his passion for Cinema has brought him back into the Kollywood industry.

With such accolades, the film is going to stream live on OTT platform MXPlayer on January 22nd.