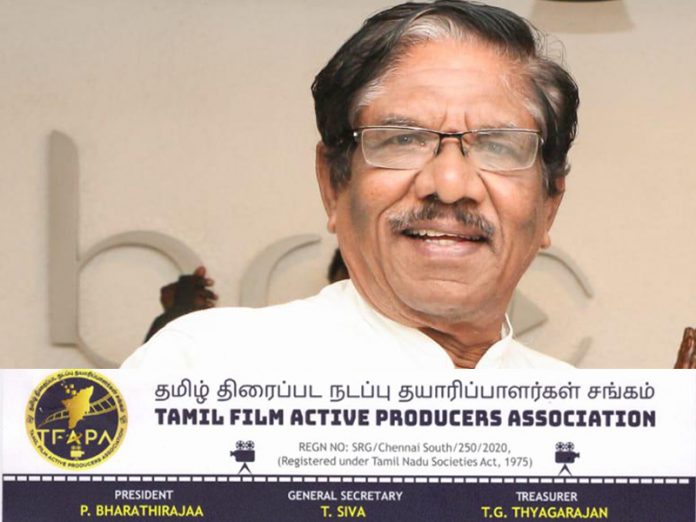 Tamil Cinema is undergoing several challenging situations due to the impact of Corona. Producers, who invested crores of rupees are facing a difficult situation to recover their investment. With most of the rights like satellite, digital/OTT, overseas, dubbing and Tamil Nadu theatrical rights etc., not being sought by buyers for most films, Producers are unable to pay back even the interest payment to the lenders.
In this situation, it is the responsibility of all actors and technicians to come forward and help the Producers, whose films are under production and are stuck due to this lockdown. The Producers can manage to come out of this trying condition and release their films smoothly, only if their total investment in films reduce by at least 40 to 50%. Only then, even if their films do not fetch big revenues, they can come out without much loss.
In both Telugu and Malayalam film industries, all artistes and technicians have come forward and accepted 30 to 50% reduction in their current salaries. In Tamil cinema, a few actors have come forward to reduce their salaries by 30%, considering the difficult situation of their Producers. While we appreciate their kind gesture, it is not enough. Only when all the actors, actresses and technicians, who get a remuneration of Rs.10 Lakhs and above come forward and accept a reduction of 30% in their salaries, Producers can reduce their overall cost, complete their films and release them without any financial difficulty.
We are making this request only for the films which were under production and are stuck due to Covid-19 and not for new films, which you are signing and commencing, for which you and the Producers may decide on appropriate remuneration. For the films, which were stuck for over 6 months due to this pandemic, we are making this request.
Considering the difficult situation of the Producers, whose films are stuck, on behalf of Tamil Film Active Producers Association, we request all the actors and technicians, who earn more than Rs.10 Lakhs as the salary for their films, to accept this 30% reduction in salary and complete the films to release them, when the theatres open soon.