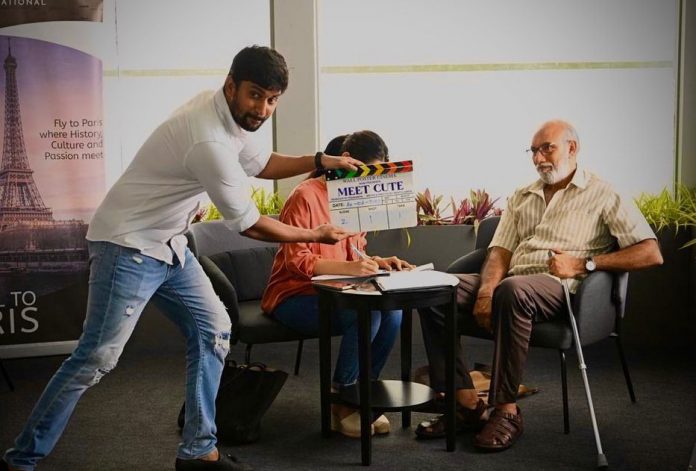 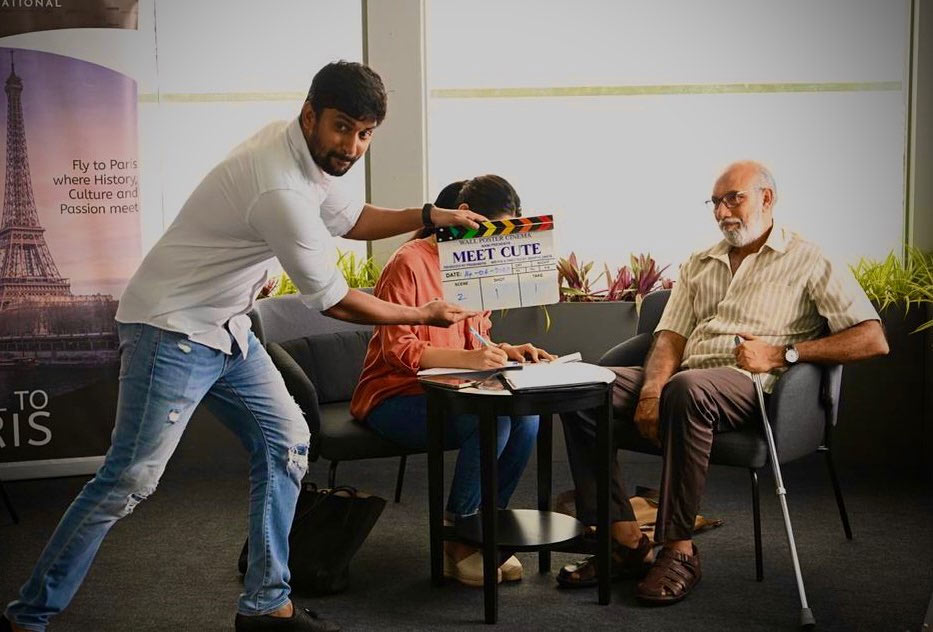 Aside from being an actor, Nani explores the production field from time to time and supports new talents and small movies. So far the actor has produced D for Dopidi (2013,) Awe (2018) and HIT: The First Case (2020.) Nani is now presenting the movie Meet Cute.

Nani launched the movie Meet Cute today. He took to social media to share pictures from the Muhurtham shot. One picture shows Nani with a clap board. The picture shows a woman whose face is covered by the clap board and a man. The man is none other than the veteran actor Sathyaraj. Buzz is that Meet Cute will be a multi starrer with some popular actresses roped in for the movie. The movie reportedly is dominated by the female cast.

Meet Cute is written and directed by Deepthi Ghanta, Nani’s sister. Vijay Bulganin is the music composer. Vassant Kumar is the cinematographer. Avinash Kolla is the art director, while Garry BH handles the editing. More details about the cast will be revealed soon. Meet Cute is produced by Prashanthi Tipirneni and presented by Nani under the Wall Poster Cinema banner.