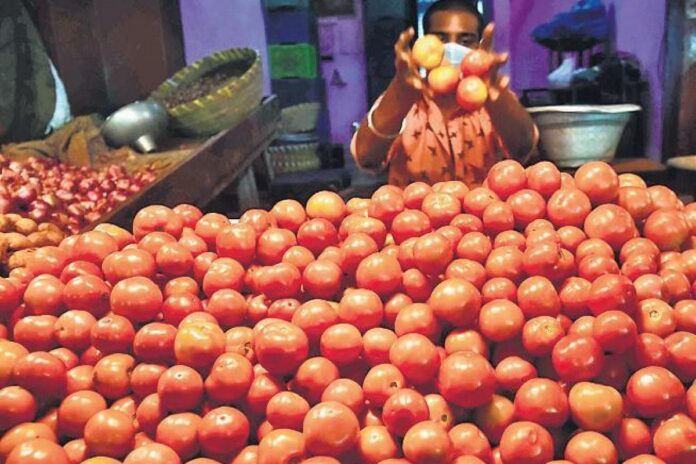 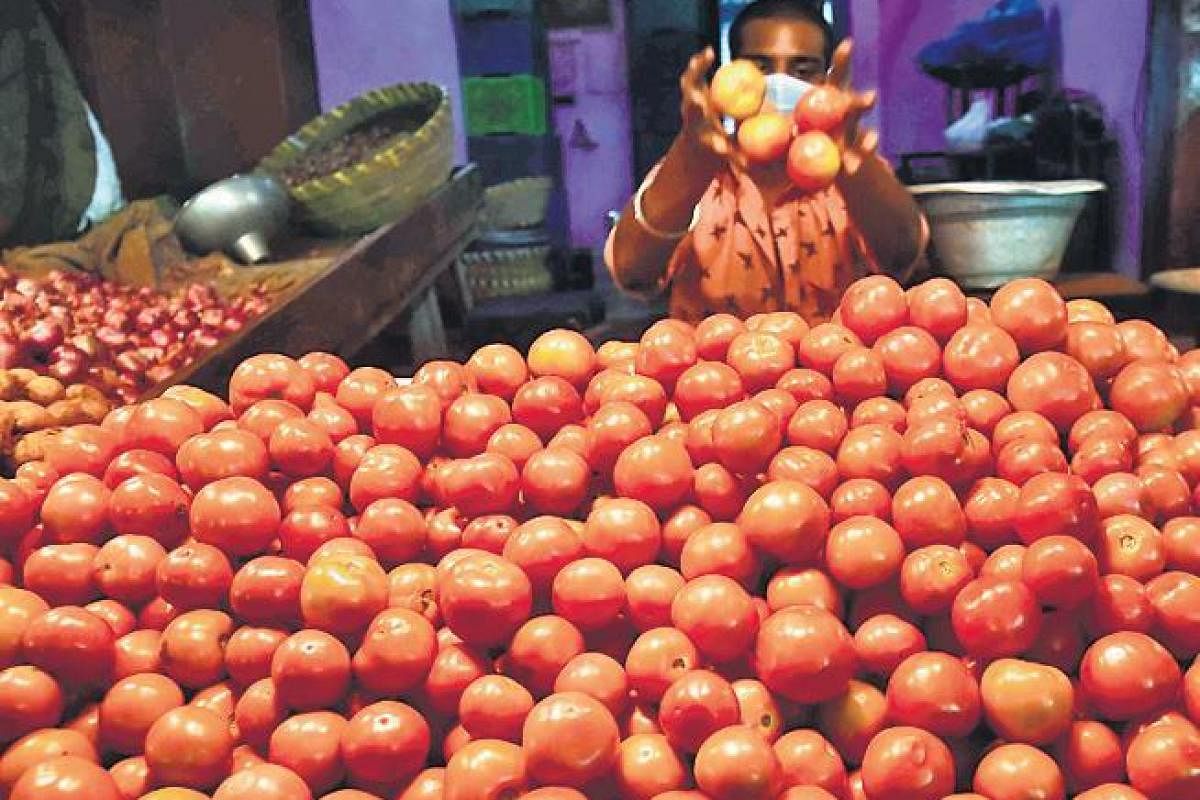 M. Palanimaickam, General secretary, Vegetable and fruit merchants association, Koyambedu told IANS, “Tomato was selling at Rs 20 per kg and suddenly the rains started and this led to the loss of whole crops in Karnataka and Andhra as also in parts of Tamil Nadu. Farmers informed us that they have lost heavily and in most cases, the entire crop is lost while in some cases 80 per cent of the crop is lost. Either way, the product has turned costlier and this has led to skyrocketing tomato prices in Chennai.”

However, the prices of onion and potato have not increased and continue to be sold at Rs 60 per kg.

Abdul Rahim, a trader in Koyambedu market while speaking to IANS said, “We used to receive 70 to 80 loads of tomatoes per day in the market, but it has come down to 30 per cent. This is leading to the price rise.”

Traders told that the farmers are heavily hit as almost the entire crop in Andhra Pradesh has been damaged due to the heavy rainfall and waterlogging in farms.

Okra or lady’s finger is costing Rs 120 per kg in Chennai market and the price of cabbage has also increased to Rs 45 to 60 per kg.

The skyrocketing of prices has affected the family budget with several people cutting on their purchases.

Sridharan Unnithan, a retired employee of an automobile major and living at Ashok Pillar told IANS, ” Our family is vegetarian and with the skyrocketing of prices of tomato, brinjal and lady’s finger, I have decided to cut down on the purchases by more than half and am also willing to skip the purchase of costly vegetables for a couple of days.”

Traders said that the only solace was a few loads that had come up from Maharashtra and this has led to the prices not shooting up to Rs 170 per kg.

With rain further predicted, the traders feel that there will be a heavy shortage of supply and this would lead to further price rice in wholesale and retail vegetable markets of Chennai, including Koyambedu.