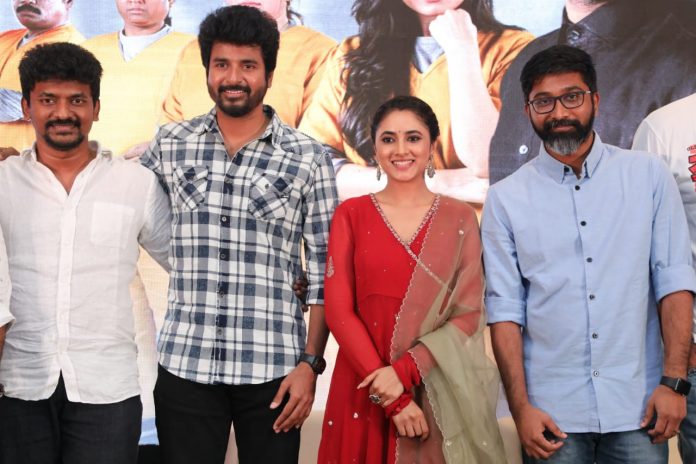 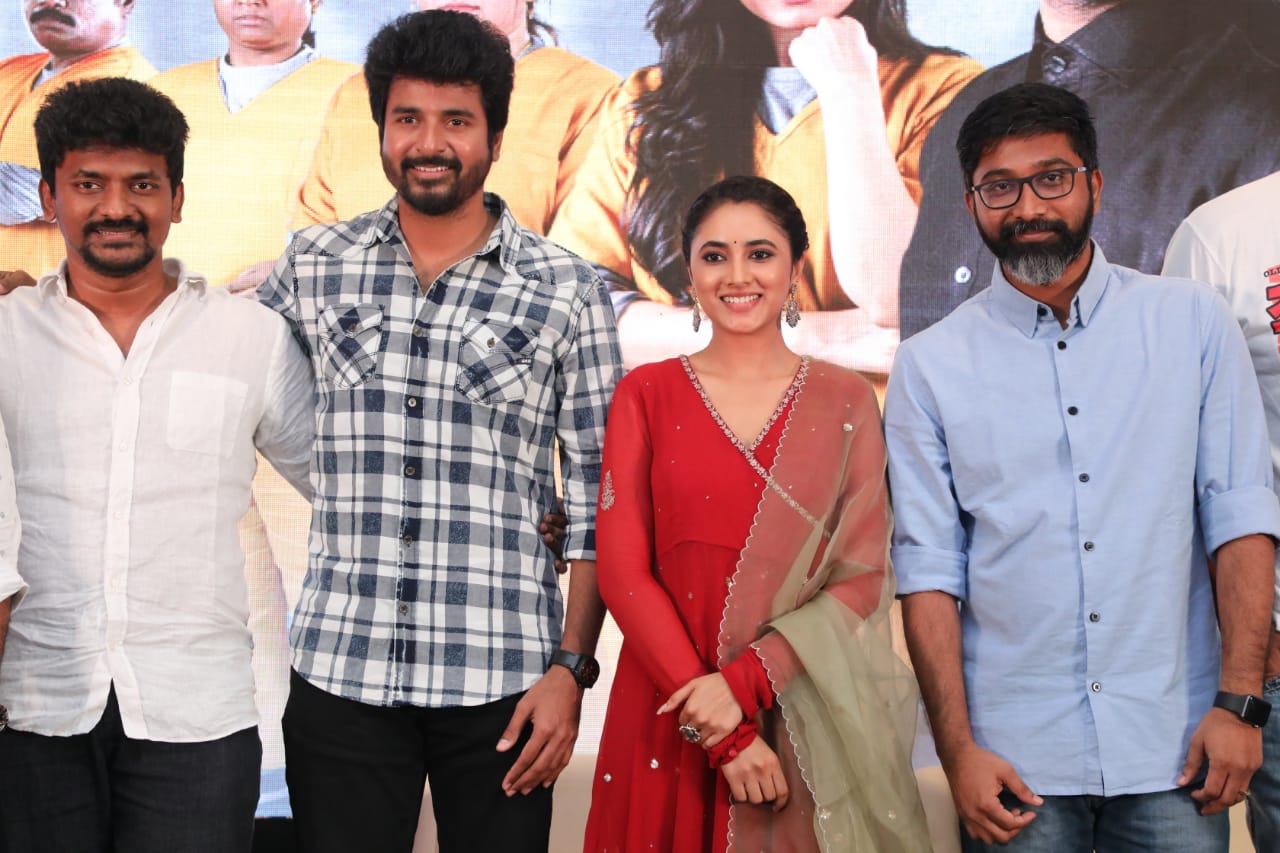 Writing lyrics for Chellamma was easy, but ‘Oh Baby’ was quite tough and challenging says Actor Sivakarthikeyan

Actor Sivakarthikeyan’s much-awaited “Doctor” is all set for worldwide theatrical release on October 9, 2021. The film is directed by Nelson and is produced by KJR Studios Kotapadi J Rajesh in association with Sivakarthikeyan Productions. The cast and crew of this film interacted with press and media personnel sharing their experience of the journey with ‘DOCTOR’.

Actor Sunil Reddy said, “When director Nelson approached me asking if I could play a Rowdy character, I was quite unsure if I would be apt for the character. He asked me to grow a beard for a different look and I am happy to see the final output now as I am portrayed nicely. I might look like a terrific being, but within, I am a soft person. But director Nelson has shown terrifically. The doctor is an entertaining movie and will be liked by all.”

Actor Redin said, “I thoroughly enjoyed working in ‘Doctor’ and the entire crew was more like a family. Nelson has shown me in a different light and character. The film has been shot with grand set works. We have done our best to entertain the universal audiences and I am sure they’ll enjoy watching the movie in the theatres.”

Actress Archana said, “I am running out of words to describe the experience of working in Doctor Movie. The entire crew was like a family to me. The crew gave a great and safe ambience to me and my daughter. The film has come out well, and it has been made in a way to entertain audiences of all categories. I request everyone to watch the movie in the theatres.”

Actor Vinay said, “I worked in 15 movies across 15 years, and I have maintained a cordial relationship with everyone till now. To be honest, Sivakarthikeyan and Nelson are good-hearted people and I thank them for allowing me to be a part of this movie. The movie has been shaped and presented very well. I am glad to be a part of this project and am confident that audiences will be enjoying it in the theatres as well.”

Actress Priyanka Arul Mohan said, “I feel blessed to be a part of ‘Doctor’ as my debut movie itself has garnered mega good response. I thank actor, producer, lyricist, singer Sivakarthikeyan for giving me an opportunity. I thank director Nelson for introducing me. Anirudh’s musical score has come out well. Arun has acted in my brother’s role and reality; he was a brother to me. The film has gained me good fame and Doctor is going to be a great hit.”

Director Nelson said, “Even before taking off with ‘Doctor’ script, I and Sivakarthikeyan were keen on making a movie that has no resemblances of his previous movies. I came up with a couple of ideas and he told me both are good, thereby asking me to choose between them. Henceforth, we proceeded with Doctor, and I gained good confidence that the movie is going to shape up well by the second week of shooting. Since Sivakarthikeyan was the producer of this film, it was helpful to me. Cinematographer Vijay Karthik keeps asking me lots of questions for every shot, but his output will be extraordinary. Editor Nirmal has done some works without my knowledge, but the result was too good. Priyanka hasn’t established her complete talent in this movie, and we will be working together again in a movie. Vinay is too innocent and polite but has performed a terrific villain character in the movie. The movie has come out well and will be enjoyable in the theatres.”

Cinematographer Vijay Karthik said, “I actually rejected to work in a movie, but then, Sivakarthikeyan was kind enough to offer me the chance in Doctor. It will be a great entertainer to enjoy. I couldn’t control my laughter on the sets during many shots, where my camera shook, thereby interrupting the takes. I am confident that the humour will be unlimited in this movie for the audiences.”

Actor Sivakarthikeyan said, “I am glad to meet you all after a couple of years. When it comes to penning lyrics, I was so unsure about it. It was director Nelson, who motivated me to do it with his debut movie ‘Kolamaavu Kokila’. Writing lyrics for Chellamma was easy, but ‘Oh Baby’ was quite tough and challenging. I had to gain good reception for it indeed, and I am glad that people are enjoying and appreciating the song. I have very few dialogues in this movie, say around 10. Its other characters keep talking a lot and it was really difficult for me to keep silent. I was wondering how Nelson could think of such a characterization for me. But to see the final product, I am glad that it has come out well. I thought I am a tall actor until I met Vinay. I had to use the apple box while sharing the screen space with him to match the height. His screen presence and voice is going to be a pillar for this movie. Priyanka’s Tamil knowledge was really helpful. It is always easy to work with heroines with Tamil knowledge as we can be pretty sure about the end product while shooting itself. Redin, Yogi Babu has done a fabulous job in this movie. Arun bro’s dedication to this movie will be appreciated for years to come. I miss him a lot. Vijay Karthik’s cinematography is awesome and the audience will say the same while watching the movie in theatres. Anirudh has been the ID Card for this movie from the time of the announcement of this project. The movie will be a milestone for everyone in the cast and crew.