IFFI an opportunity for producers to showcase and market their films: Asha Parekh

(Love is blind and crazy. It’s above all joys and sorrows)

As Kishore Kumar’s divine voice and Rajesh Khanna’s cult figure appeared once again on the screen of Maquinez Palace auditorium in Panaji accompanying this evergreen song, it was a heavenly moment for the audience. For the yesteryear actress and heart-throb Asha Parekh, who played the lead actress as well as acted in the song, being present at the screening of the film Kati Patang was a nostalgic trip down the memory lane loaded with heart-warming moments. Kati Patang was screened at the 53rd International Film Festival of India in the Dada Saheb Phalke Award Retro section. This section of IFFI is dedicated this year to Asha Parekh, the winner of Dada Saheb Phalke Award in the year 2020.

Participating in the screening and interacting to festival delegates, Asha Parekh said that through the years, IFFI has become much bigger and it gives an opportunity for producers to showcase and sell their films. “I love my film industry. For film lovers, IFFI is the best place to be, as it has got people from all over the country coming together”, she said. Asha Parekh also thanked IFFI, NFDC and Information & Broadcasting ministry for felicitating her. 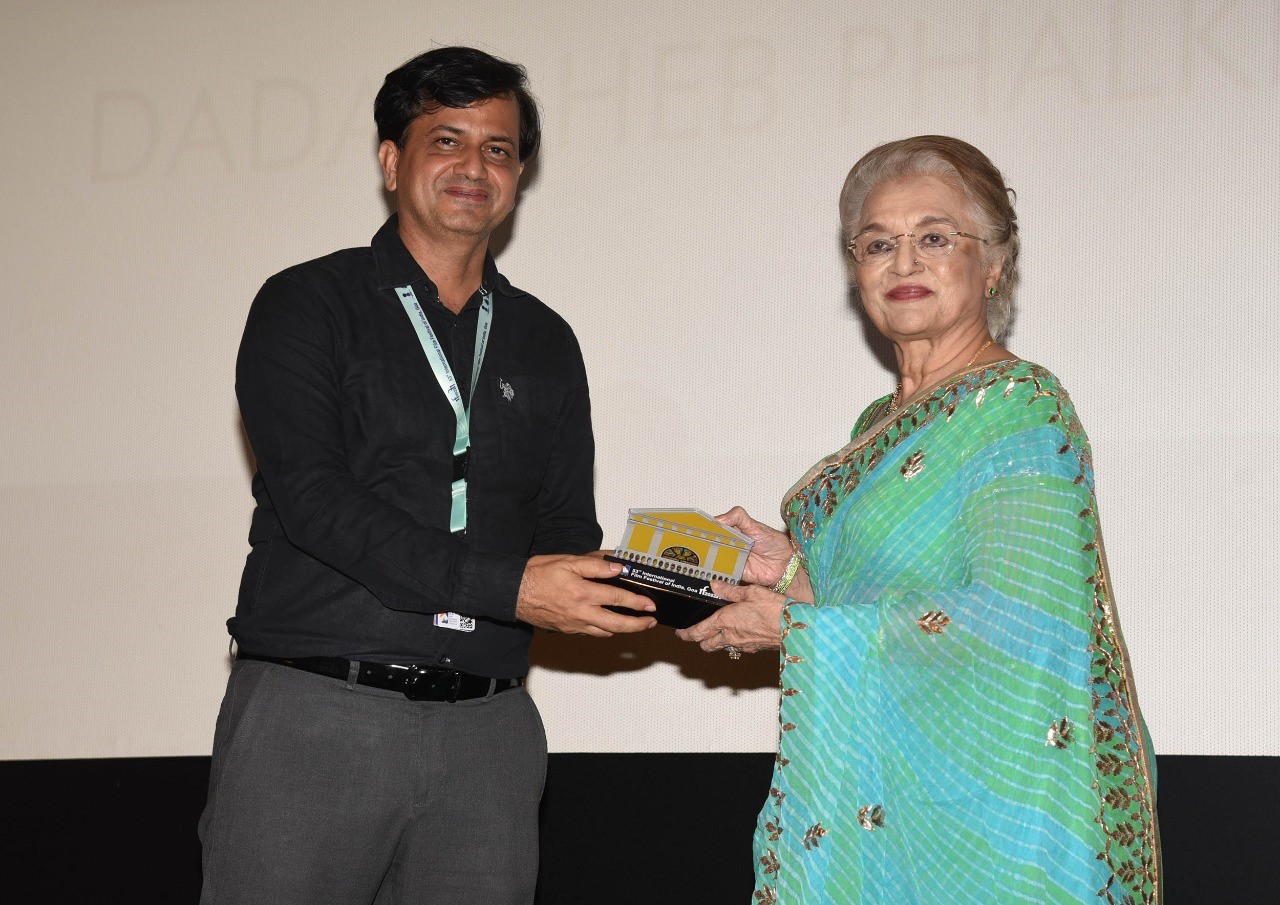 Credited with many super hit films, Asha Parekh was fondly called the ‘Hit Girl’ of Hindi cinema in 1960s and 70s. Starting off as a child actor, her debut was with Dil Deke Dekho (1959) as the lead, which became a big hit, catapulting her into stardom. She went on to act in over 95 films, with some of the top filmmakers and leading actors of that time like Shakti Samanta, Raj Khosla, Nasir Hussain, Rajesh Khanna, Dharmendra, Shammi Kapoor, Manoj Kumar, Dev Anand and many more. She won the Filmfare Award for Best Actress for Kati Patang (1971) and was the recipient of the Filmfare Lifetime Achievement Award (2002), along with many other prestigious recognitions. Asha is also a director, producer, and an accomplished Indian classical dancer.

Kati Patang directed by Shakti Samanta was based on Gulshan Nanda’s best-selling novel of the same title. In the film, the protagonist, Madhavi (Asha Parekh) drifts like a kite running away from home on the day of her wedding to Kamal (Rajesh Khanna), only to discover the evil designs of her ‘beloved’ Kailash (Prem Chopra). Circumstances lead Madhavi to seek shelter in a house, pretending to be the daughter-in-law, now widowed. The actual daughter-in-law Poonam (Naaz) dies in a train accident but not before entrusting her child in the custody of Madhavi. The story follows Madhavi’s life as she dons a false identity. The film is also best remembered for bringing together music composer R.D. Burman and superstar Rajesh Khanna. It has got a collection of evergreen melodious hit songs to its credit like Yeh Shaam Mastani, Pyar Diwana Hota Hai and Yeh Jo Mohabbat Hai.