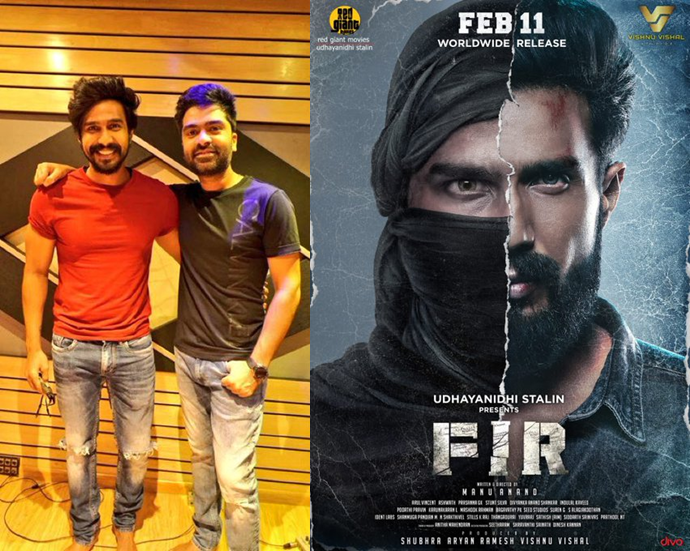 Taking to Twitter, Silambarasan said, “‘FIR Theme Song’ is here. Had a blast singing this energetic song for Vishnu Vishal and Manu Anand (from) ‘FIR’ which is releasing on the 11th of February. Congratulations to music director Ashwath, Christopher Stanley, lyricist Karunakaran and the entire team.”

Stanley, who has sung the rap portions in the number, said, “What a great opportunity to sing along with SilambarasanTR bro. Thank you music director Ashwath for believing and letting me write & sing. Thank you Manu Anand bro for accepting my words and guiding me to write it the right way. Best wishes to the entire team.”

Vishnu Vishal, who has not only played the lead in the film but has also produced it, thanked both Silambarasan and Stanley. “Thank you Nanba Silambarasan for giving your voice to ‘FIR’,” he told Silambarasan.

In another tweet, Vishnu Vishal also announced that ‘FIR’ would be premiering on February 10 in the US. The film is scheduled to hit screens in India on February 11.