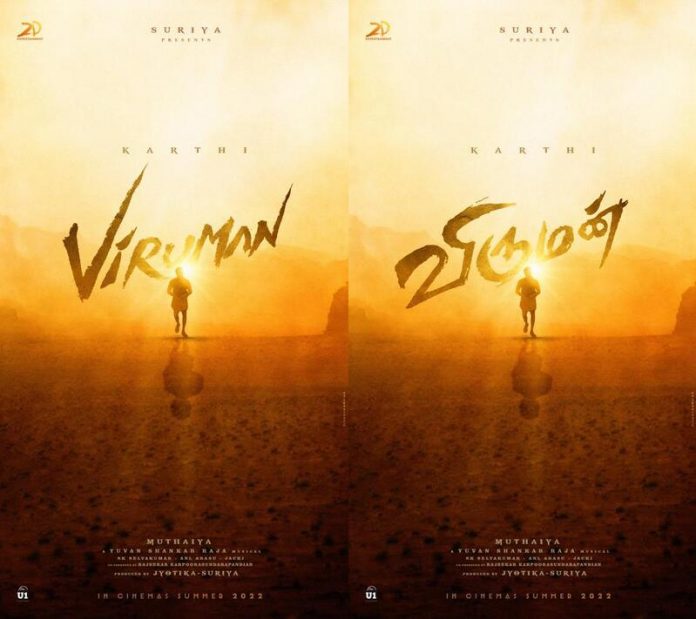 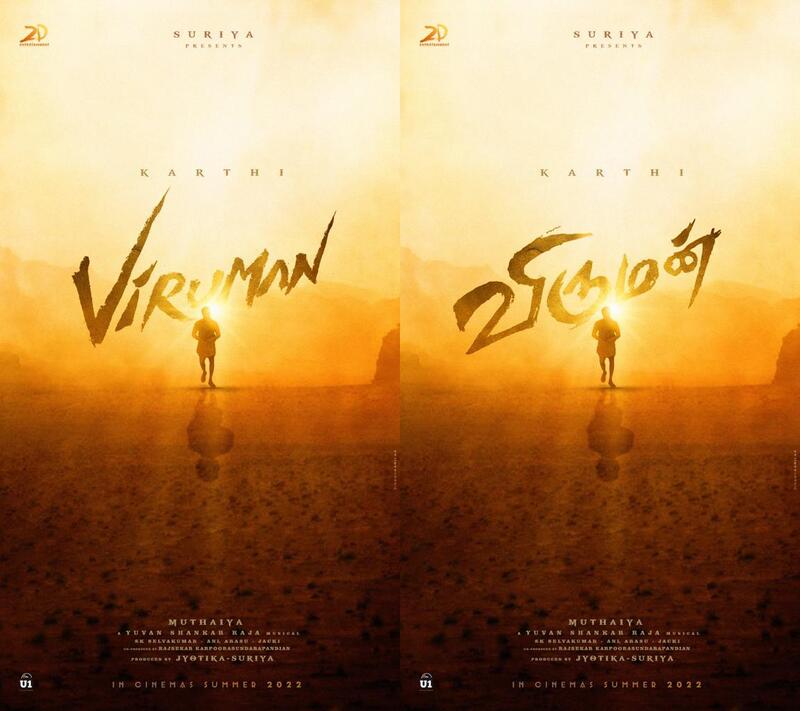 Actor Suriya’s 2D Entertainment is known for exploring different narratives. Soorarai Pottru, Kadaikutty Singam and Ponmagal Vanthaal stand solid proof as they were celebrated by audience and critics alike. 2D Entertainment’s latest production venture Soorarai Pottru was globally acclaimed. Now, their prestigious project is titled “VIRUMAN” produced by Suriya and Jyotika that will have Karthi in lead yet again after Kadaikutty Singam.

In Karthi’s illustrious career after Paruthiveeran, it was Komban, a film that spoke of family values and bondings was embraced by the audience across the state. This combination is now all set to raise the expectation meter again.

Raj Kiran who shared screen space with Karthi in Komban will also be seen in “Viruman” in a crucial role. Prakash Raj, Soori, Aditi (debuntante) among others are also a part of the film. Set in a rural backdrop, Viruman will be a family entertainer.

The film will also see Muthaiah and Yuvan Shankar Raja coming together for the first time. S.K.Selvakumar of Maanagaram fame is the cinematographer while Anl Arasu is incharge of stunts. Art director: Jacky. Co-produced by: Rajsekar Karpoorasundarapandian.
Produced by: Suriya, Jyotika .

The film was launched with an auspicious Pooja on Monday. Viruman will go on floors in Theni on September 18.