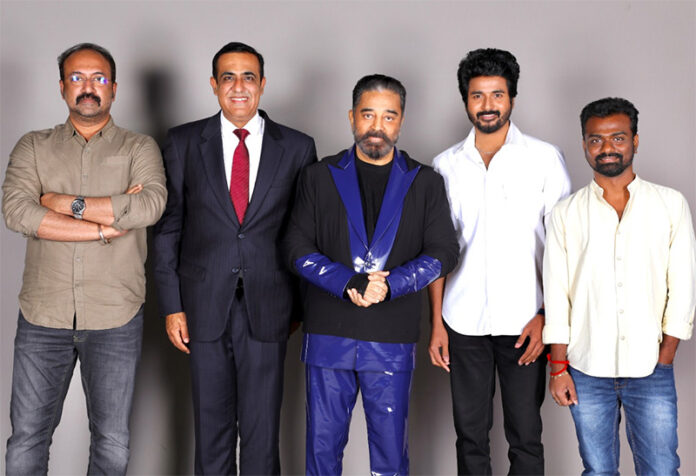 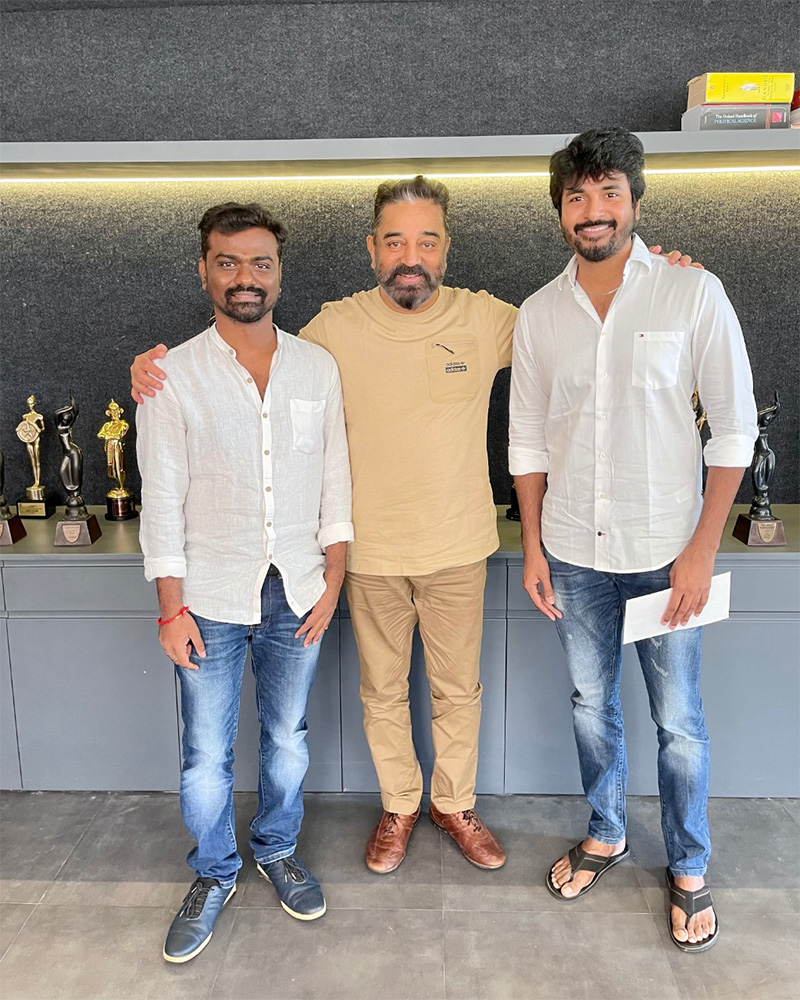 Kamal Haasan, Sony Pictures Films India (SPFI)- the Indian local production arm of Sony Pictures International Productions, and Raaj Kamal Films International (RKFI) announced today that they will be collaborating on a new film, currently untitled, that will star Sivakarthikeyan in the leading role, and will be written and directed by Rajkumar Periasamy. The film will be produced by SPFI, multi-faceted legend Kamal Haasan and R. Mahendran and co-produced by God Bless Entertainment.

This collaboration marks SPFI’s debut foray into Tamil cinema after they synergized with south star Prithviraj Sukumaran in 2019 for the Malayalam film ‘Nine’ and superstar Mahesh Babu for the forthcoming Telugu film, ‘Major’

This is the 51st production of RKFI, 50th being ‘Vikram’ starring Kamal Haasan, Vijay Sethupathi and Fahadh Faasil, directed by Lokesh Kanagaraj, and produced by Kamal Haasan and R. Mahendran, to be out in Summer 2022. 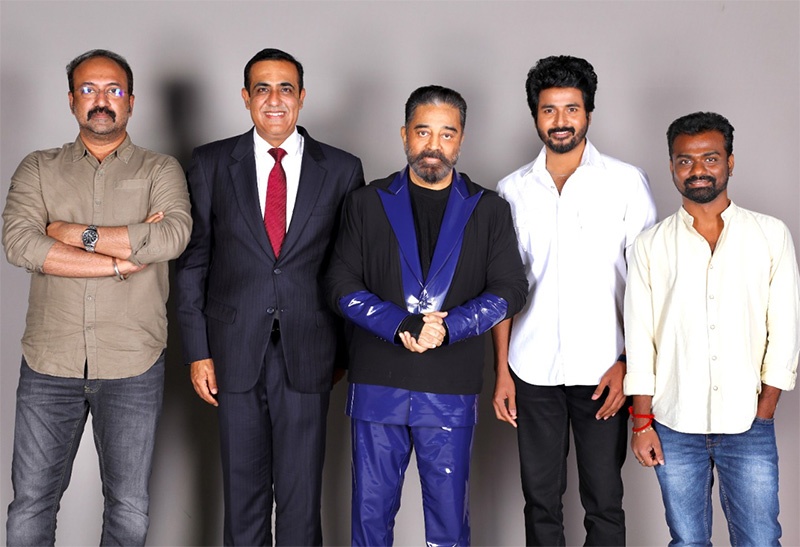 Says iconic actor, director and producer Kamal Haasan, “The power of a well-told story is transformative, and this story will move, uplift and inspire the audience in many ways. I am very proud to be collaborating with Sony Pictures Films India, actor Sivakarthikeyan and director Rajkumar Periasamy to bring this compelling story to the big screen.”

Vivek Krishnani, Managing Director, Sony Pictures Films India says, “We at SPFI are extremely thrilled to be collaborating with the legend Mr Kamal Haasan and Raj Kamal Films International for our foray into Tamil cinema. We are very happy that this film will bring together the best of the creative team – Rajkumar Periasamy for his storytelling and direction and the supremely talented and versatile Sivakarthikeyan which will surely create an unforgettable cinematic experience for the viewers. The creative team at Sony Pictures identified this amazing story and worked on it for several months along with director Rajkumar Periaswamy. This being our first step into the very vibrant world of Tamil cinema, we at Sony Pictures Films India hope to increasingly engage with a new generation as well as veteran creators who are masters in regional cinema and whose storytelling has a global resonance.”

Director Rajkumar Periasamy adds, ” It’s an absolute honour to make this film and tell this special story. I’ve always been an ardent admirer of Kamal Haasan sir since my childhood and my hero Sivakarthikeyan is a very close friend of mine. So, this project is especially dear to my heart already. Besides, I am elated to work with two Giant Powerhouses, RKFI & Sony Pictures Films India.”

Actor Sivakarthikeyan says, “It’s a project filled with multiple emotions for me. Kamal Haasan sir is a master craftsman of Indian Cinema. Infact he’s an international icon living amidst us. To work on a project in which this iconic legend is the producer, itself is a great feeling for me. Sony Pictures Films India is again a global brand who have their humongous success tag right there along their name. I’m very happy to be working along them. And all this has become possible today, only due to my friend, director Rajkumar Periasamy and his script. I firmly believe this project is a going to be a very important film in my career. I’m personally very excited for this film and looking forward to the shoot.”

The details of the film have been kept under wraps. More details to come.