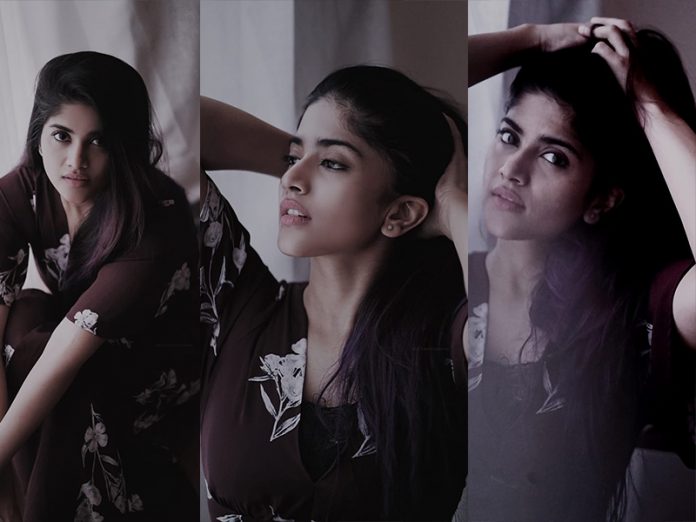 With angelic smiles and charming looks with brilliant performances, Megha Akash has gained a huge fan following in a short span of time and is now having heavy downpour of offers. Having shared the screen space with iconic actors of Tamil industry, the actress is all set to romance the handsome and talented Ashok Selvan in his next film. Labelled as ‘Dramedy’ by the makers, the yet-to-be-titled film marks the directorial debut of Swathini, a former associate of Suseenthiran and is produced by J Selvakumar of Kenanya Films.

Sharing the news, producer Selvakumar says, “It’s great to have the talented Megha Akash onboard for our project. The female lead character in this film demanded for someone, who can spontaneously exhibit stylish look and girl-to-next-door at the same time. Our filmmaker Swathini suggested that Megha Akash would befittingly look perfect for it, which looked like sound judgment. Having read the script multiple times, even I could visualize Megha giving abundant life to the character and will be a great pairing with Ashok Selvan on screen. We as a team are looking forward to a great experience working with her.”

Speaking about the current status of production works, J Selvakumar adds, “We are happy that Government has relaxed the Lockdown with hygiene regulations. As a part of the film fraternity, I thank them for heeding to our plea and doing the needful. We will be kick-starting our shoot by this October with all essential hygiene and rules implemented by the Government.”

Actress Megha Akash says, “Being a part of films that own unique scripts and gives more space for female characters is always bliss for any heroines. And to get such offers isn’t an easy thing. When Swathini narrated me the script and my role, I could instantly get into its shoes feeling its soul. I am super-excited to be a part of this project and can’t wait for the shooting to take off next month..”