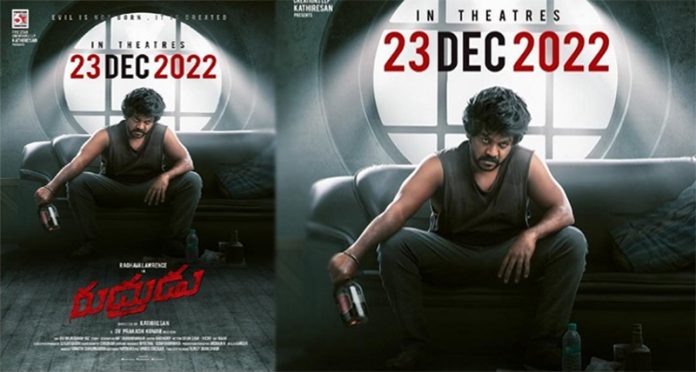 Raghava Lawrence is playing the hero in the movie ‘Rudrudu’. This movie is directed by Kathiresan. Priya Bhavani Shankar is playing the heroine in this movie. Jeevis Prakash has given music for this movie. The film team recently announced the release date of this film. Lawrence released the first look of the film. It has been officially announced that the film will release in theaters on December 23 this year.