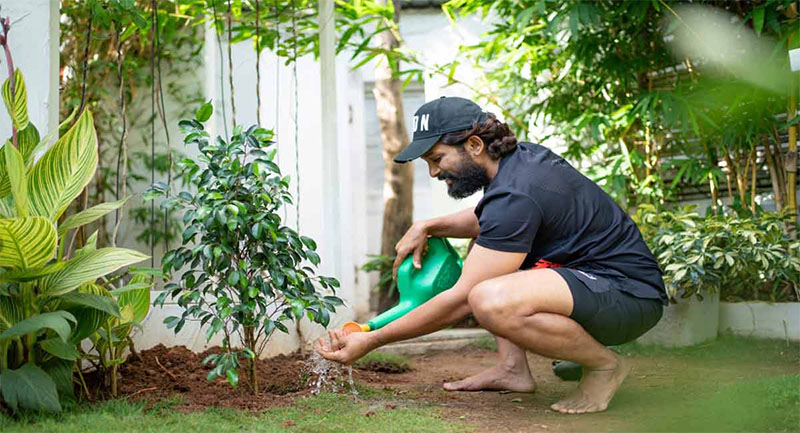 Hyderabad: ‘Pushpa’ star Allu Arjun is known for his environmental activism as much as his acting prowess. The actor has time and again taken measures to cherish mother earth in every way possible.

According to a source close to the actor, “From his workplace to his house, Allu Arjun has planted a variety of lush greenery, which he himself takes care of, with an aim to make the earth a better place.”

“Arjun also prefers gifting pots of small plants and seeds to his near and dear ones on special occasions, addressing the need for afforestation, and stressing the rising issues of deforestation and global warming,” the source says.

Last year, on the occasion of World Environment Day, the actor, who is an ambassador of green activists, launched a brilliant campaign, to encourage fans from all over the world to plant more and more trees, sending the message of afforestation ahead.

On the work front, Allu Arjun-starrer ‘Pushpa: The Rise’, directed by Sukumar, fared better than several biggies, including Akshay Kumar’s ‘Sooryavanshi’ and ‘Spider-Man: No Way Home’, and was the biggest hit of 2021. The film broke several box office records and even entered the Rs 100 crore mark in Hindi belts.