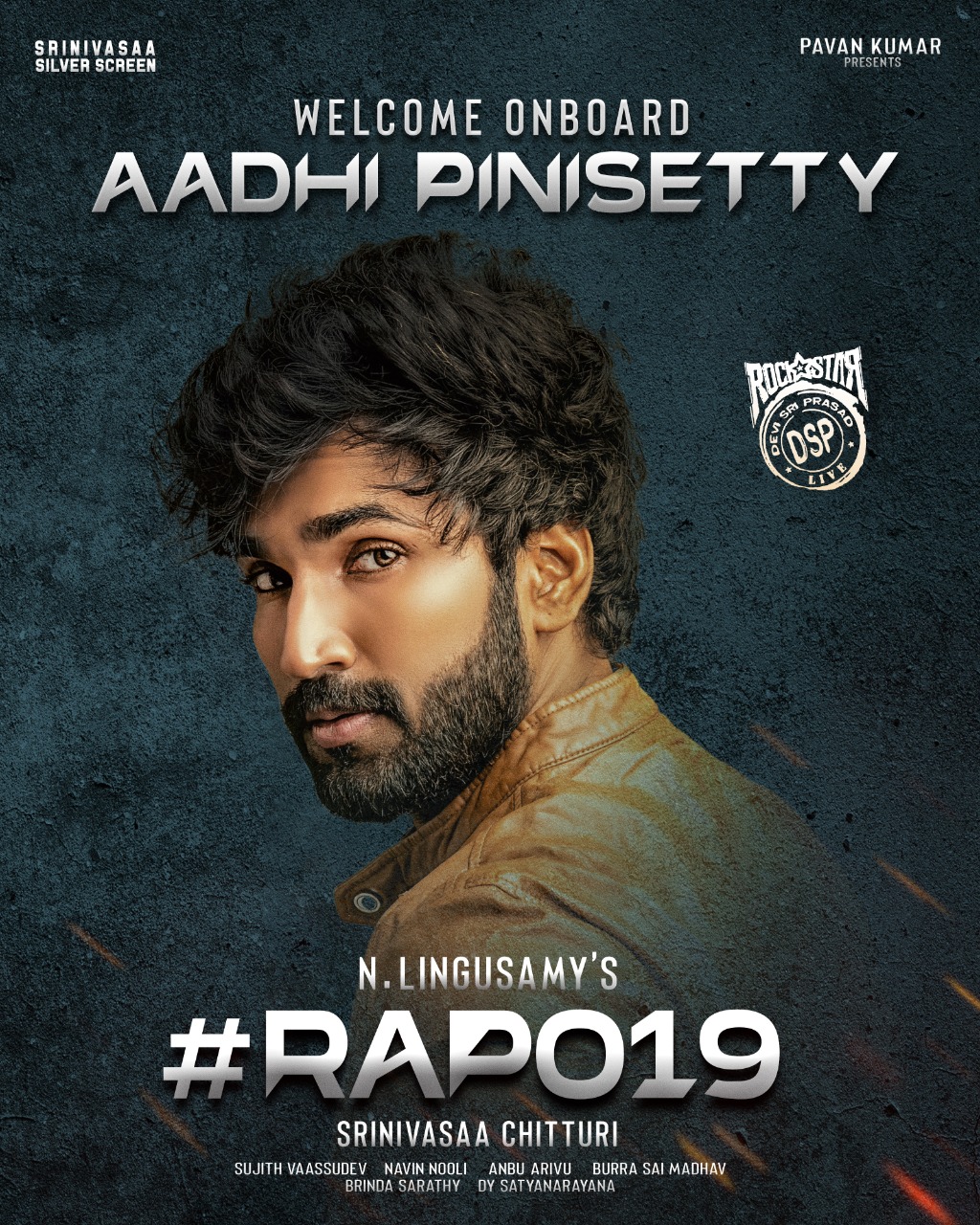 Aadhi Pinisetty to lock horns with Ram Pothineni’s in RAPO19

Ustaad Ram Pothineni will next be seen in an action entertainer, tentatively titled RAPO19. This much-awaited project will be helmed by filmmaker N Lingusamy.

RAPO19 regular shoot has commenced from 12th July in Hyderabad.

Besides garnering all the hype, the makers have roped in sauve actor Aadhi Pinisetty opposite Ram in RAPO19.

Aadhi often revealed that he isn’t interested in playing regular cliched roles. His choice of films proves the same. He agreed on playing antagonist in Ram Pothineni’s mass entertainer RAPO19 as the character that was pitched to him was a challenging one and his characterization was unique. Aadhi never shied away from grabbing such challenging roles be it as a Protagonist, Antagonist or even a supporting one.

As the confrontational scenes between Ram and Aadhi are said to be the major highlights of the Oora Mass entertainer, the two extremely talented actors are excited to share the screen.