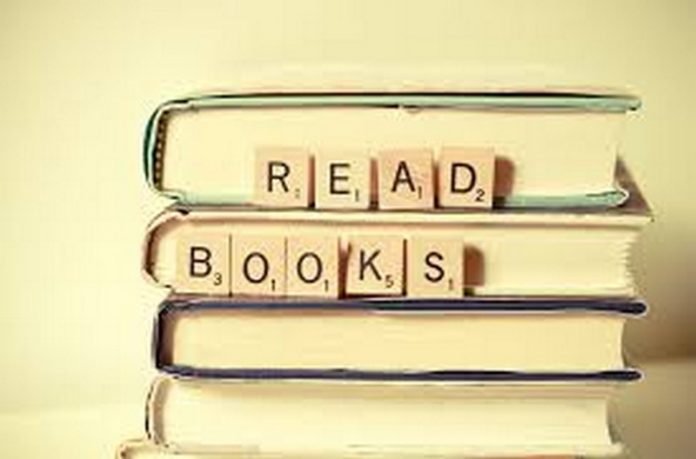 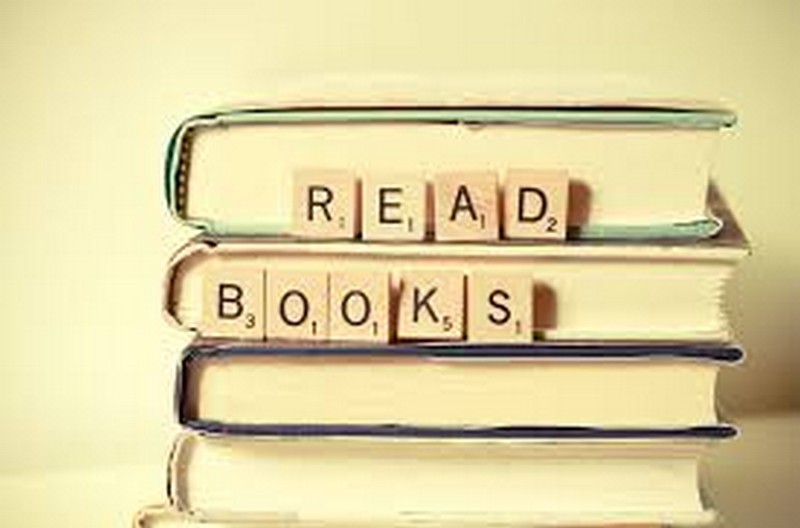 He underlined the importance of reading in the development of children’s personalities and to wean them away from excessive use of gadgets.

Shri Naidu stressed that schools should make the fascinating world of books come alive in classrooms and called for more authors to write books for children. These books should be written and illustrated keeping in view the children’s varying interests and abilities, he said.

Speaking at the 600th birth anniversary event of Adikabi Sarala Das, the Vice President highlighted the fact that the Mahabharata written by Sarala Das has not dimmed among Odia people even after hundreds of years because of his unique style and diction. Reflecting on this, Shri Naidu said that this shows the importance of writing and communicating with people in simple, colloquial language.

In this context, Shri Naidu suggested the administration and the judiciary to use the local language increasingly to effectively communicate with people. He also called for the medium of instruction up to the primary school to be in the mother tongue or local language. He also referred to studies that have shown the advantages of mother tongue in early schooling.

Hailing Sarala Das as not just Adi Kabi, but also as Adi Aitihasika and Adi Bhougolbith, Shri Naidu said Sarala Das was a pioneer in democratizing literature as he had used colloquial language as early as the 15th century. Comparing Sarala Das with Kabir and Yogi Vemana, Shri Naidu said that great poets have an extraordinary ability to communicate complex emotions and ideas in a simple language and leave a lasting impression on a wide cross-section of readers.

The Vice President also noted how Sarala Das’s characterization of heroes and heroines in his Mahabharata inspired many later authors to take a character or two and weave a full novel around them. Sarala’s women characters are strong and endowed with remarkable qualities of head and heart, and they act with great courage and confidence, he observed.

Hailing Sarala Das as a literary genius, who earned the title of ‘The Father of Odia Language’, he said that he has enriched Odia language and culture. “No wonder, Odia came to be recognized by the Government of India as a Classical Language of India with Sarala Das standing as a beacon’, he added.

On this occasion, Shri Naidu complimented Shri Biswa Bhushan Harchandan, Governor of Andhra Pradesh, for being conferred with the prestigious ‘Kalinga Ratna’. Earlier in the day, Shri Naidu planted a sapling at the Raj Bhawan, Bhubaneswar.

Following is the full text of the speech:

“I am happy to be amidst all of you, the intellectuals of the two premier cities of Odisha, Bhubaneswar and Cuttack and join in the celebrations of the 600th birth anniversary of the Adi Kavi Sarala Das.

I am equally happy to know that you are honouring my friend Shri Biswa Bhushan Harichandan, Governor of Andhra Pradesh with the prestigious ‘Kalinga Ratna’.

He fully deserves this honour and I congratulate him on this apt recognition of his long rich contribution to the governance of this state as a legislator and minister.

I am told the whole of Odisha reveres Sarala Das as the Father of modern Odia language. To me, he appears to be a pioneer in democratizing literature as he had used colloquial language as early as the 15th century. No reader needs to refer to a dictionary to understand what he says in his books, particularly the Mahabharata. It is not easy to communicate complex emotions and ideas in a simple language understood by all.

This is indeed the hallmark of great poets who have won the hearts of people.  Shri Sarala Das is one of such great luminaries.

His contemporary, the sage and poet, Kabir Das, also encapsulated profound truths of life in simple, folk Hindi and is, therefore, quoted extensively today by people drawn from all segments of life. In Telugu, the great philosopher-poet believed to belong to a slightly later era, Yogi Vemana, also adopted a similar style and his wise sayings have become a part of the consciousness of the Telugus. I am drawing these parallels here to drive home the point that the greatest of poets in any language have this extraordinary ability to communicate in a simple style and leave a lasting impression on a wide cross section of readers.

I consider the Odia Mahabharat written by Sarala Das to be truly unique. Vyasa’s Mahabharathas have been translated by many Indian authors but Sarala Das’s rendering recreates the immortal epic in a style and diction that has endeared it to the entire Odia speaking population.

It is not only a literary work, but a rich source of information on socio-cultural and political history as well as the geography of Odisha of that period. Undoubtedly, most of us consider Sarala Das as Adi Kavi, the first poet of Odisha. But he can also be described as Adi Aitihasika, the first historian, Adi Bhougolbith, the first geographer and the first sociologist. The description of places, the graphic representation of festivals and events, and above all the characterization of people in the 15th century reflect his deep knowledge of various socio-economic aspects of his times.

Sarala Das was a great poet with remarkable vision. He was a true “muni” or a sage-writer. He introduces himself as a farmer by birth “janme krusiakaari” and admits with great humility of his ignorance of how a ‘Dharma Granth’ or scripture like Mahabharat is to be written, “na jaane saastra bidhi”.

But his composition was not one of a novice.  It is, indeed, a masterpiece written in a metre that very closely mimics the flow of colloquial, spoken Odia and uses words with Prakrit, Arabic and Persian origins. Communicating in the spoken or oral tradition with the readers, he earned the title of The Father of Odia Language.

I have no hesitation in saying that Sarala Das with his literary genius has enriched Odia language and culture. No wonder, Odia came to be recognized by the Government of India as a Classical Language of India with Sarala Das standing as a beacon. I join you in paying my sincerest respects to Sarala Das!

I understand that Sarala Das’s characterization of heroes and heroines in his Mahabharata has inspired many later authors to take a character or two and weave a full novel around them. Sarala’s women characters are strong and endowed with remarkable qualities of head and heart. They act with great courage and confidence.

Even lesser known characters such as Hidimba and her son, Ghatotkacha also get considerable attention in the work of Sarala Das.

As I have said earlier, many authors have adopted a character or two to build the narrative of a full-length novel. I need not remind the intellectuals here that we have in our midst, Smt. Pratibha Ray, who has given a bold characterization of Draupadi in her Oriya classic “Yajnaseni” which won her the coveted Jnanpeeth award. The grand literary tradition of Odisha is alive and vibrant because of such literary icons.

Sarala Das’s Mahabharata draws upon the local context that makes his work so relevant to all Odias. For example, one who makes a pilgrimage to Lord Jagannath in Puri will notice Paitatapaban Flag atop the NilaChakra disc at the Jagannath Temple. The guide accompanying you will tell you that eight Navagunjaras are carved on the outer circumference of the disc. Sarala Das’s Mahabharat has eulogized Navagunjara, represented as a manifestation of Lord Vishnu. Significantly, no other version of Mahabharata has this story.

It is in the fitness of things that Sarala Sahitya Sansad, which is named after the great poet, is celebrating the 600th Birth Anniversary of Sarala Das.

I once again congratulate my friend Biswabhushan ji who not only had an illustrious career in public service but also is a noted author of several books.

I am happy that the Sarala Sahitya Sansad has given me an opportunity to visit this Millennium City of Cuttack which is emerging as a very vibrant centre of Odisha’s cultural ethos. The fact that the popularity of the Mahabharata written by Sarala Das has not dimmed even after hundreds of years shows the importance of writing and communicating in simple, colloquial language.

In fact, I have been championing the cause of promoting the use of the mother tongue in every State. Firstly, the medium of instruction up to primary school must be in the mother tongue or local language. Many studies have already catalogued the advantages of studying in mother tongue during early schooling. Besides, the administration and the judiciary too should use the local language to effectively communicate with the people.

Another aspect that needs the attention of all educationists, intellectuals, parents and teachers is the promotion of reading habit among today’s youngsters.

The habit of reading must be inculcated from a young age. This is imperative for their personalities to develop and to wean away children from excessive use of gadgets. Schools should nurture this ability in children and make the fascinating world of books come alive in classrooms.  Reading and writing should be inculcated by teachers to strengthen foundational literacy. More authors should write books for children. These books should be written and illustrated keeping in view the children’s varying interests and abilities.

I am sure the authors, poets and other performing artists of Odisha will continue to enrich the rich cultural legacy they have inherited from literary pioneers like Sarala Das.

I wish the Sarala Sahitya Sansad all the very best in its future endeavours.