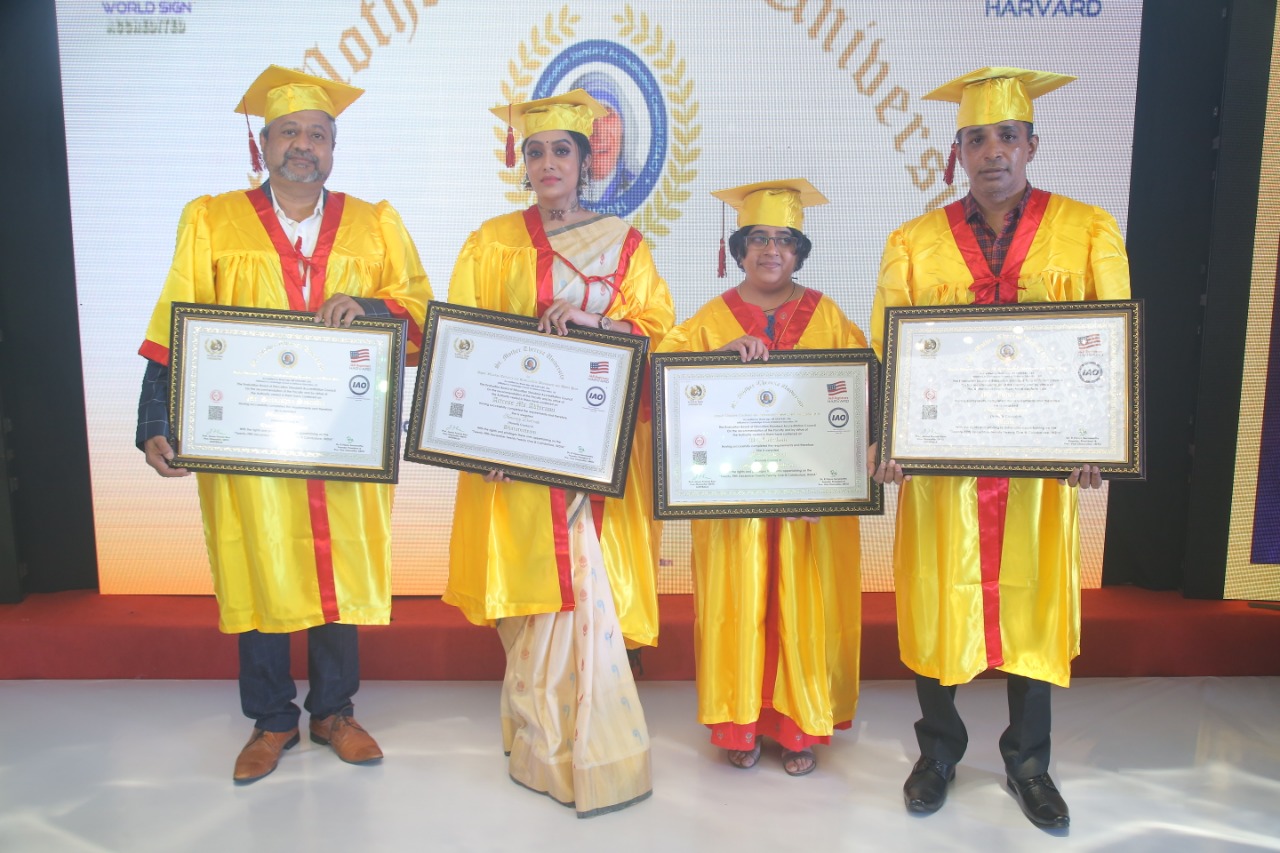 Actress Abirami, Mr.P.Indran, Mr.Sudarshan Seshadri was awarded an honorary doctorate on behalf of St. Teresa’s University in association with the Cambridge School of Distance Education, England on the recommendation of Indian Media Works President John Amalan. 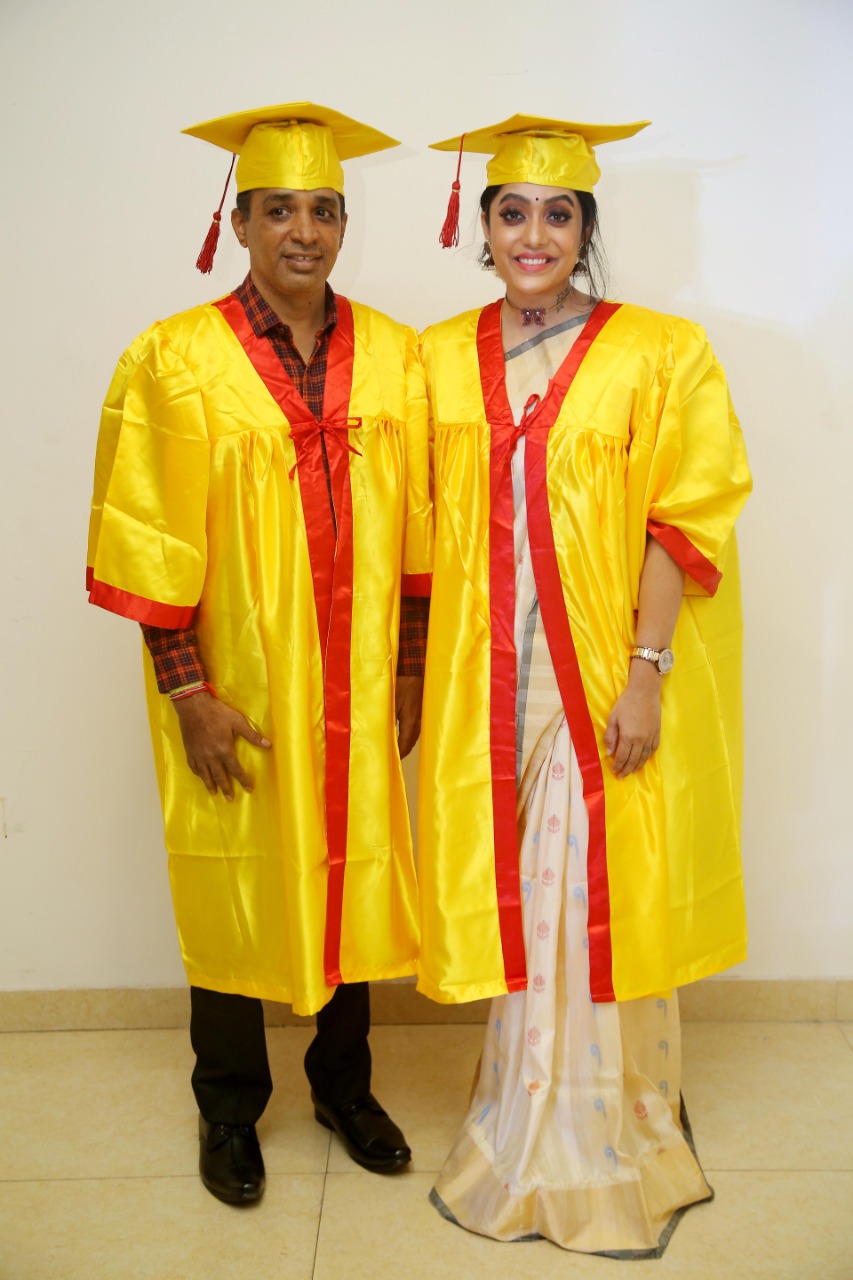 The honorary doctorates were awarded by St. Mother Teresa’s University in association with the Cambridge School of Distance Education in the UK on the recommendation of John Amalan, President of Indian Media Works.

By doing so, everyone with an honorary doctorate has proven that success is only the result of hard work and perseverance. 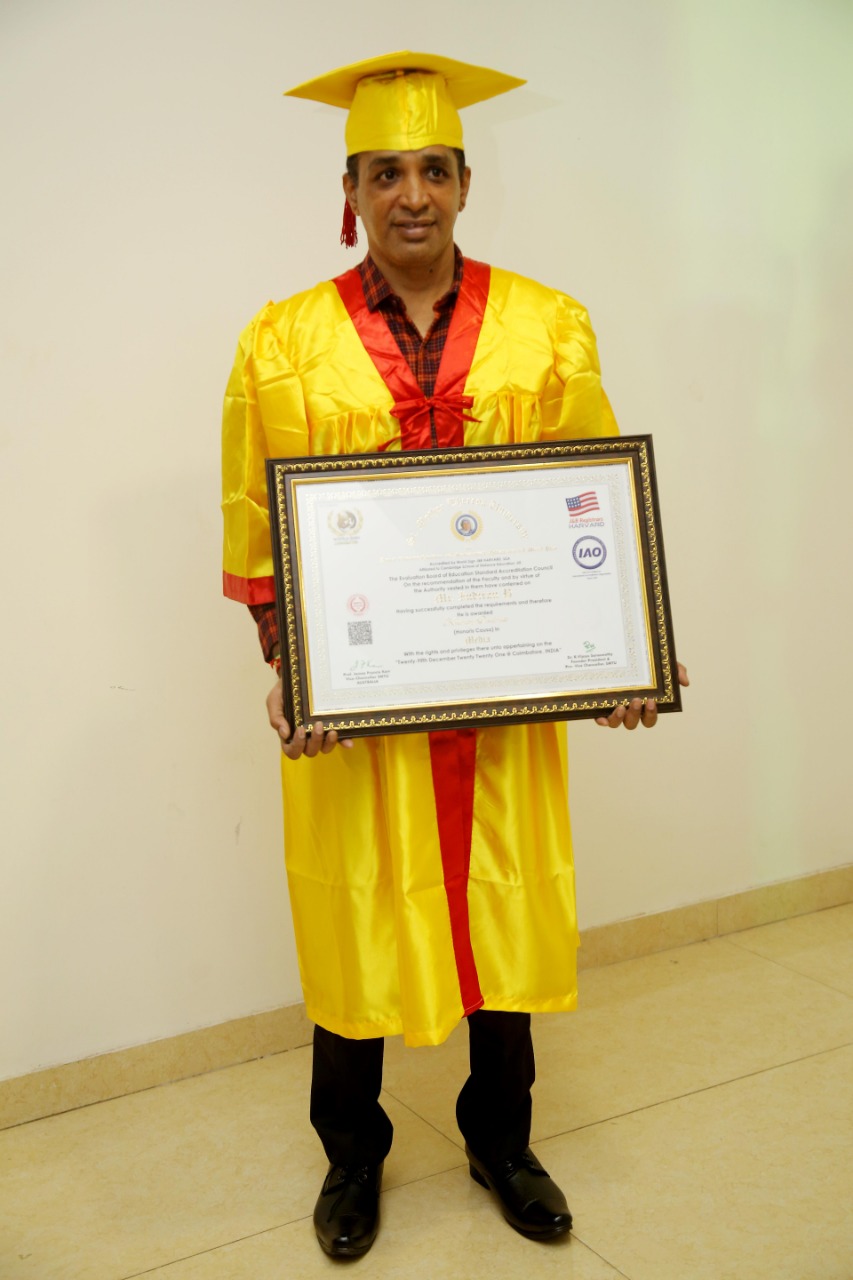 About Mr.P. Indran who received his honorary doctorate:-

Success has no secret. And Mr P. Indran proves that success is only a result of preparation, hardwork and consistancy, by receiving the prestigious International Honorary Doctorate in Media from St. Mother Therasa University, affiliated to Cambridge School of Distance Education, UK, on recommendation of Mr John Amalan (MD, Indian Media Works) on 25th December 2021. 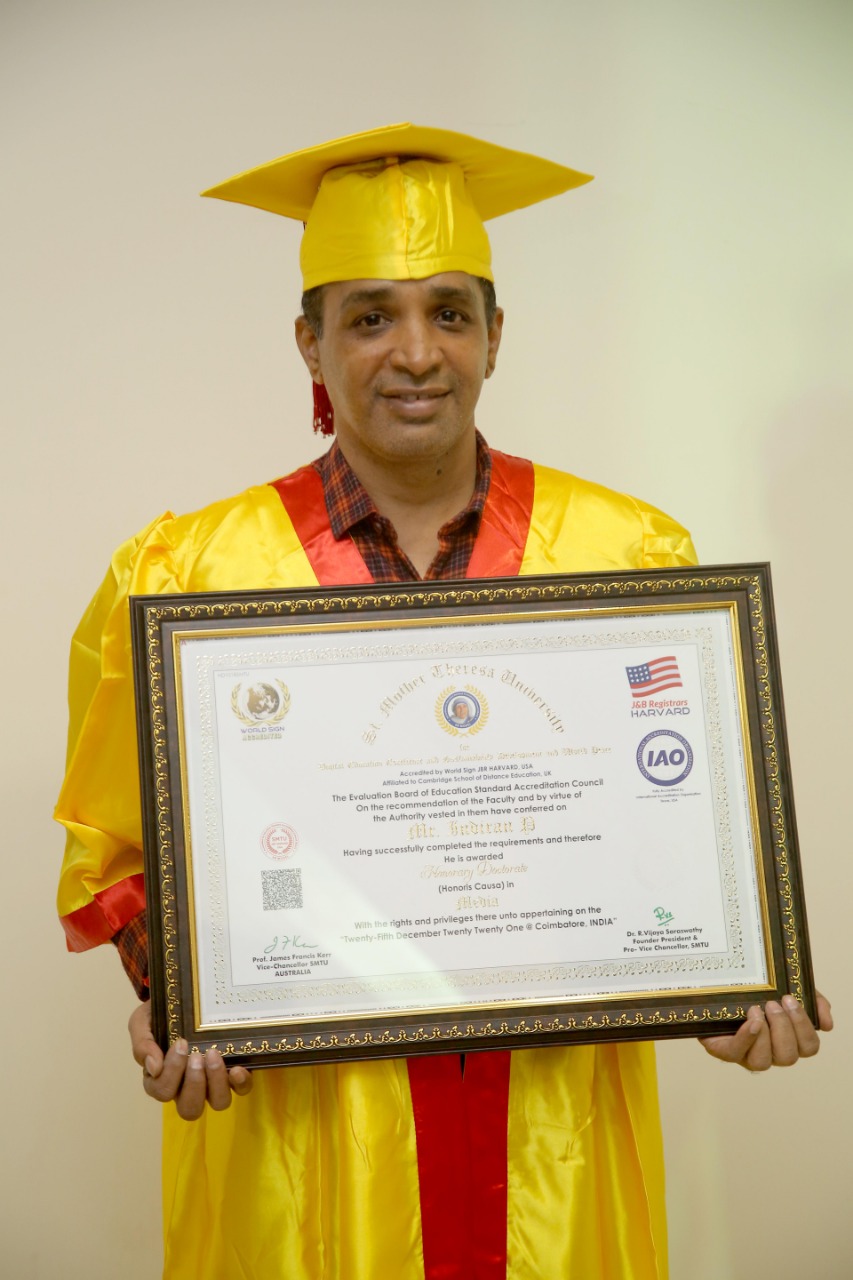 Having established Nexus PR in the year 2009, P.Indran achieved a consistently reliable and savvy reputation in the city. Over the years, he fought adversity, seized opportunities, maintained a positive image and cultivated strong media connections. From lifestyle and sports to health and real-estate, he has established lasting connections with clients from all the fields.

P. Indran has played a major role in the field of public relation in as many as seven world records, promoted My Flag My India project by Rotary International, helped raise funds for the Prime Minister fund during 2014 Kashmir floods.

P. Indran as an ability to communicate brilliantly and keen understanding of how the media works laced with a creative streak, Indran emerged as a solid PR professional in the industry and continues to network his way to everything that is happening in the city!