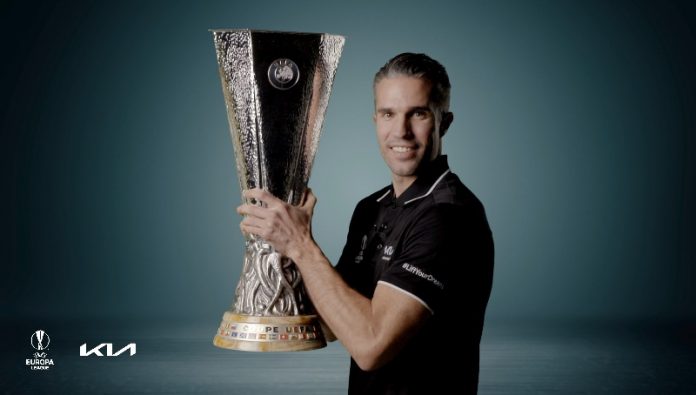 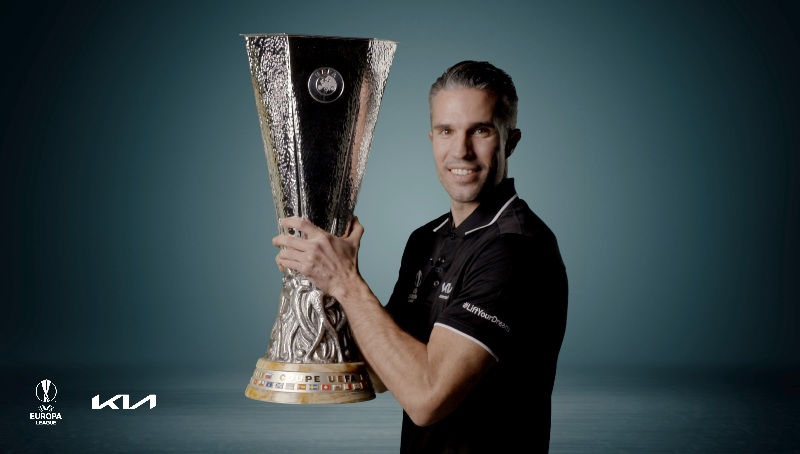 –      Kia and UEFA Foundation have donated over 3,000 pairs of football boots to Syrian child refugees since the tour began

–      This year’s #LiftYourDream campaign encouraged fans of all ages, backgrounds and interests to share their dreams and love of the game

(SEOUL) May 28, 2021 – Kia Corporation and UEFA are pleased to announce the successful conclusion of the 2021 ‘UEFA Europa League Trophy Tour, Driven by Kia’. This year’s tour was the final of an impressive three-year partnership, which has enabled children from all over Europe to meet legendary players and view up-close the coveted UEFA Europa League trophy. Each tour has enabled fans and players of all ages to donate pairs of football boots for Syrian child refugees.

Since the tour began in 2018, Kia and the UEFA Foundation for Children have collected and donated over 3,000 pairs of football boots to children based at the Za’atari Refugee Camp in Jordan. Along with boots, the partners have provided football pitches and equipment to the camp. The scheme has enabled children to play football, make friends and build confidence, despite the extremely challenging circumstances they find themselves in.

“When the UEFA Europa League Trophy Tour began in 2018, our goal was to inspire young Syrian refugees to follow their dreams. Three years on and we’re extremely proud of making that happen by donating thousands of football boots,” said Artur Martins, Head of Kia’s Global Brand and Customer Experience Division. “We are grateful to everyone who has supported the Trophy Tour, as none of this would be possible without your help. Together, we have enabled thousands of children to play the sport they love.”

In line with Kia’s new brand slogan, ‘Movement That Inspires’, this year’s Europa League Trophy Tour centered around the campaign #LiftYourDream. The campaign was created for people around the world to share their dreams and inspire others to do the same, using popular social media platforms including TikTok, Instagram and Facebook.

Guillaume Sabran, UEFA Marketing, Head of Sponsorship and Licencing, commented: “Together with Kia, we assembled a group of legendary football players to inspire people around the world to share their dreams so that the Za’atari children can chase theirs too. The UEFA Europa League Trophy Tour has been a fantastic initiative over the past three years and we’re delighted to have been a part of it.” 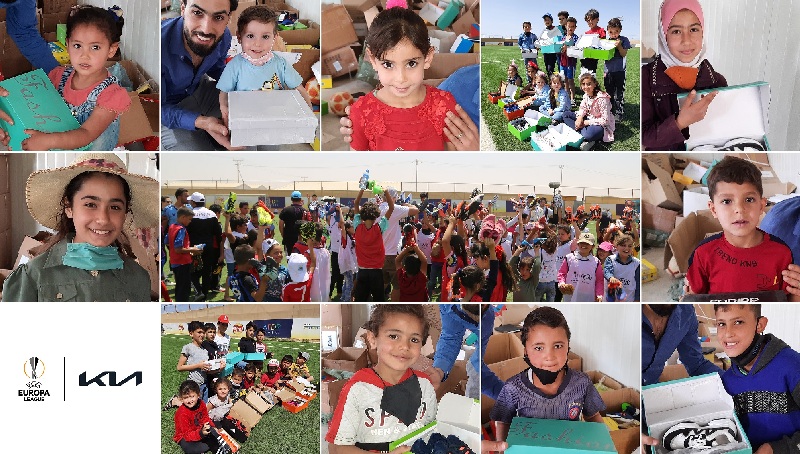 As the 2021 Trophy Tour Hero Ambassador, van Persie launched the #LiftYourDream campaign by sharing his own dream of winning the UEFA Europa League – which he achieved in 2002 – to inspire others to share and chase their own dreams.

“It’s been amazing to see so many fans participating in the #LiftYourDream campaign and sharing what inspires them,” said van Persie. “Everyone deserves the chance to fulfil their dreams, and now, with the support of everyone who took part, the children of the Za’atari Refugee Camp can do exactly that with the football boots that have been donated to them.”

The UEFA Europa League Trophy Tour has undergone a drastic transformation in its three-year existence, transitioning from a physical activation to a digital one as a direct result of the Covid-19 pandemic. Kia has followed through with its commitment to donate football boots to young Syrian refugees. This year’s campaign has collected over 1,000 pairs of football boots for the children at the camp. The boots will be safely delivered in the coming months, along with a personal message from van Persie.

Urs Kluser, General Secretary of the UEFA Foundation, commented: “The impact the UEFA Europa League Trophy Tour has had over the past three years cannot be overstated. Not only has it given hope and opportunity to thousands of children who otherwise wouldn’t have the tools, but it’s proved that when people come together for a common cause, great things can happen. We’re incredibly proud of what Kia has managed to achieve.”