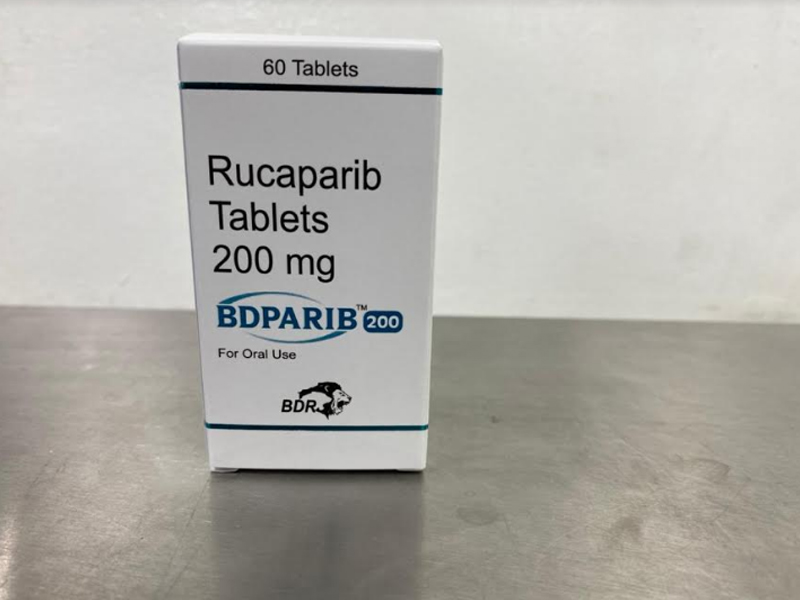 Mumbai, 27 May 2021: BDR Pharmaceutical launched BDPARIB (RUCAPARIB) to treat advanced ovarian and prostate cancers today. BDPARIB is the first affordable generic in the India available in the form of a tablet, with the cost of therapy less expensive than any existing drugs in the market.

RUCAPARIB is an oral, small-molecule inhibitor of poly (ADP-ribose) polymerase (PARP)1, 2, and 3 used as a monotherapy and in conjunction with other anti-cancer agents in several tumor forms, including ovarian and prostate cancers. It has played a significant role in treating ovarian cancer patients with BRCA mutation (germline or somatic) associated with epithelial ovarian, fallopian tube, or primary peritoneal cancer who have been treated with two or more chemotherapy.

“BDPARIB was developed to treat patients living with advanced ovarian and prostate cancer with an unmet need. This research’s positive results through the ARIEL3 study & TRITON2 study are highly promising and indicate that the benefits extend beyond the BRCAm population. This represents a significant advancement in the treatment of cancer patients in the future. Approvals for generics like Rucaparib, a PARP inhibitor, enables us to progress in this emerging era of personalized medicine and eradicate life-threatening diseases”, said Mr.Dharmesh Shah, CMD, BDR Pharma

The ARIEL3 and TRITON2 study was conducted on 115 patients. Ovarian Cancer patients were enrolled between April 7, 2014, and July 19, 2016, and Prostate Cancer patients were enrolled from May 8, 2019, to December 23, 2019. Median follow-up was more than 2 years. Rucaparib significantly improved progression-free survival in patients with platinum-sensitive ovarian cancer who had achieved a response to platinum-based chemotherapy. It showed a remarkable change as a new standard of care for women with platinum-sensitive ovarian cancer following complete or partial response to second-line or later platinum-based chemotherapy in a maintenance treatment setting. The treatment demonstrated significant clinical activity in men with mCRPC associated with a BRCA alteration. The trials resulted in meaningful radiographic and PSA responses, including complete responses in soft-tissue disease.

AstraZeneca launches Clinical Data and Insights division in India; expands its footprint in the country

A Two-Year-Old baby slipped into Coma due to Multi-Organ Failure, Recovers with ECMO support and Evaded Organ transplantation