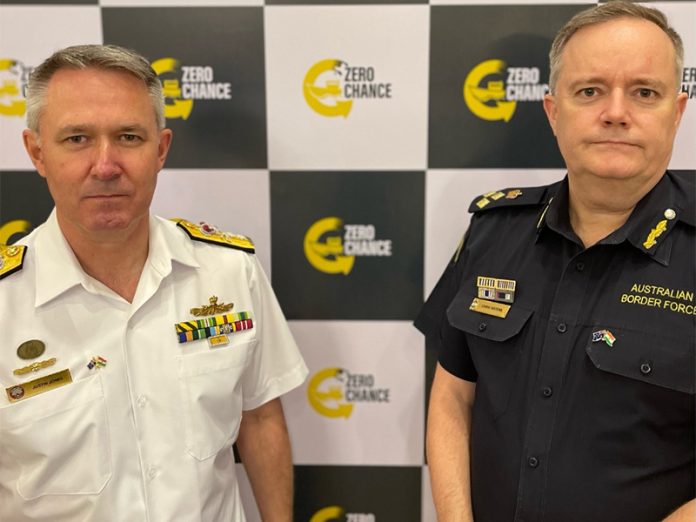 During the visit, from 14 – 20 October, Rear Admiral Jones participated in the Heads of Asian Coast Guard Agencies Meeting (HACGAM) in Delhi, working with regional partners on civil maritime security.

Meetings with Australia’s strategic partners highlighted the strength of such relationships and the capacity for ongoing dialogue and information sharing.

“This visit further demonstrates how Australia values the relationships that enable facilitation of legitimate trade and travel, and cooperation on stamping out maritime crime.”

“Australia is committed to working closely with all partners in the region to combat crimes committed at sea, especially the scourge of people smuggling which exploits vulnerable people, having no regard for life or welfare.”

While Australia’s Government has recently changed, Australia’s commitment to strong counter-people smuggling policies has not.

“We will stop any maritime people smuggling vessel seeking to reach Australia, and safely return those on board to their point of departure or country of origin, or if required, transfer them to a regional processing country,” Rear Admiral Jones said.

“We are aware that a number of people were recently detained in Kerala for attempting to migrate illegally by boat. I commend the relevant authorities for their swift action, a vital step towards dismantling the criminal people smuggling trade.”

“I am committed to deepening cooperation with our counterparts on these types of maritime security challenges facing the region.”