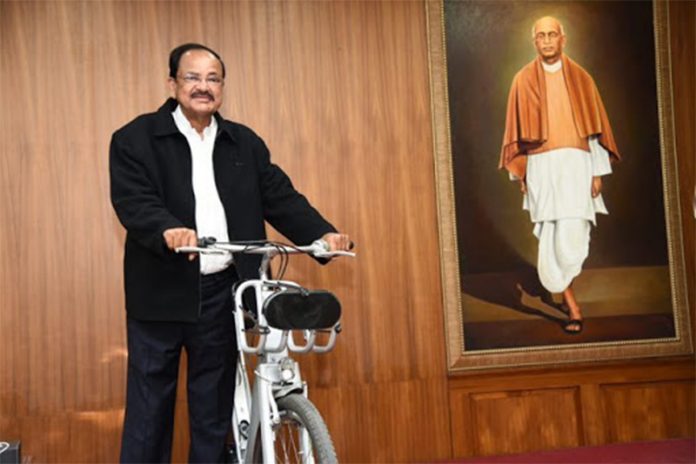 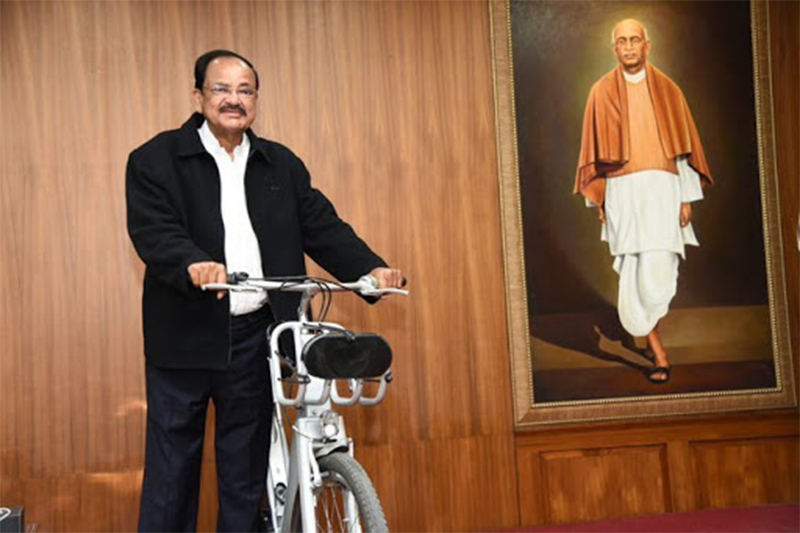 Virtually delivering the key-note address at an International Webinar on ‘Cycling in the post-Covid world’, Shri Naidu said there is a need to create a mass movement to encourage cycling through rigorous awareness campaigns and regular promotional events. Terming the webinar theme as timely and important, he called for collective global efforts to make the planet greener and safer.

Observing that the pandemic has changed the way we live, buy, utilize our time and commute, the Vice President pointed out that restrictions in many cities across the world have resulted in a reduction of motorized traffic and an increase in people choosing to walk or ride bicycles.

Pointing out that cycling was one of the best ways to reduce the risk associated with a sedentary lifestyle, he said that cycling provides several benefits in the form of zero dependence on energy sources, zero pollution, and improved health.

“Additionally, bicycles can provide critical support to the urban and rural poor who do not have access to the basic mobility”, Shri Naidu added.

Stating that the pandemic has provided a rare opportunity to promote and integrate cycling into the urban transport system, he advised urban planners and policymakers to have a re-look at their plans and policies and earmark exclusive cycling tracks.

Observing that many urban cycling networks in Europe, China and USA have seen a surge in traffic, Shri Naidu said that there was a huge potential for promoting cycling in India and called for providing the necessary infrastructure.

Stating that traffic surveys revealed cycle trips account for more than 15% of trips in most towns, he said this was the right time to promote cycling as it reduces noise pollution, improves road safety and also helps in addressing the increasing energy import bill.

Quoting a recent study, he said it was estimated that the use of bicycles in place of two-and four-wheelers for short-distance trips in India could result in an annual benefit of USD 24.3 billion. “However, the absence of a cycling ecosystem is preventing it from becoming the preferred mobility solution for all sections of society”, the Vice President added.