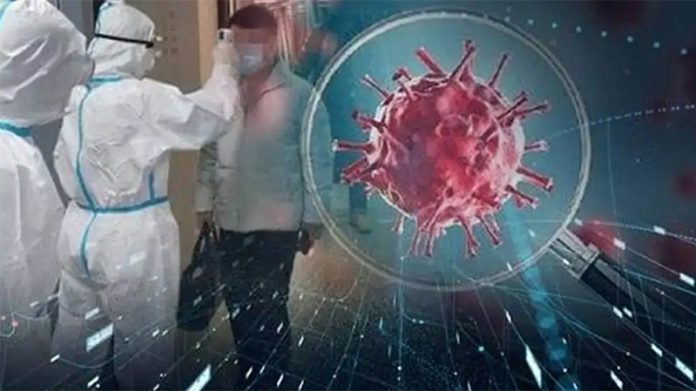 A new strain of the novel coronavirus called ‘D614G’, deemed ten times more infectious, has been detected in Malaysia, said Director General of Health Noor Hisham Abdullah in a Facebook post on Saturday.

The mutation has been spotted in three cases from a cluster which started when a restaurant owner and permanent resident returned to the country from India. It has also been detected in another cluster case which started with returnees from the Philippines.

Abdullah said that the strain could mean that existing studies on vaccines might be incomplete or ineffective against the mutation.

“So far these two clusters are controlled due to the fast-paced public health control actions on the field. This test is an early test. There are several follow-up tests in progress for many other cases. These include index cases for both these clusters,” Abdullah said.

Abdullah said that this meant people needed to be more aware and careful in the country. The mutation infects other individuals 10 times more and spreads more easily by an individual ‘super spreader’, he said.

He said that Malaysia’s main action was to secure public health, and asked people to practice Covid-19 norms strictly, such as practicing good self-hygiene and protecting oneself in public places.

This mutation has now become the predominant variant in Europe and US. However, the World Health Organization (WHO) has said that there there is no evidence that the strain leads to a more severe disease. According to a paper in Cell, the mutation may not have a major impact on the efficacy of vaccines which are presently being developed.

The novel coronavirus pandemic began with a breakout in the Wuhan city of China in January. Possible origination theories say it could have spread through the Wuhan’s wet market, or through the endangered and widely trafficked Pangolins, among other ways. The World Health Organization declared the outbreak a Public Health Emergency of International Concern on 30 January, and a pandemic on 11 March.

According to the John Hopkin University tracker, 21,672,429 people have till now been infected, and 775,275 people have died around the world till now. Vaccine candidates are being developed in various countries, and trials are ongoing.

Meanwhile, Russia has given approval to its home-grown vaccine, even as experts sound alarm on its efficacy. The country produced the Covid-19 vaccine’s first batch on August 15, the Interfax news agency quoted the health ministry as saying, hours after the ministry reported the start of manufacturing.

Some scientists said they fear that with this fast regulatory approval Moscow may be putting national prestige before safety amid the global race to develop a vaccine against the disease.

Ather Energy introduces a Buyback Program on the Ather 450X

Ather Energy introduces a Buyback Program on the Ather 450X

Weikfield takes customers down the Festive memory lane through a unique...

ABOUT US
FOLLOW US
© Chennai City News 2020. All rights reserved.
MORE STORIES