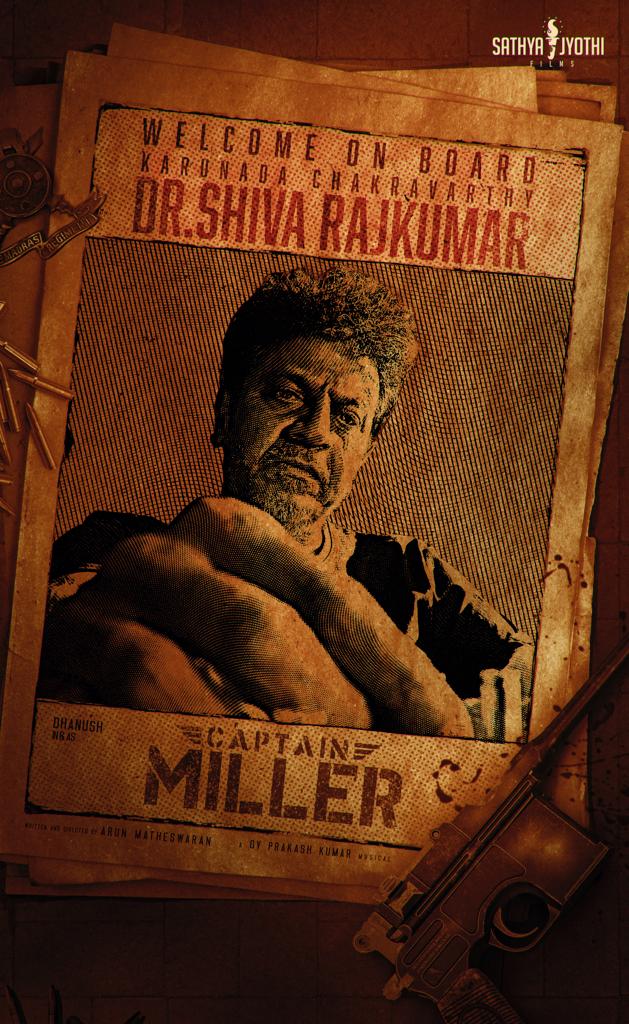 National award-winning actor Dhanush starrer “Captain Miller” has been the attraction of public glare from its announcement. With big names involved, the project has found itself under the spotlight by escalating the expectations among the audiences. Significantly, with the presence of the Telugu industry’s leading actor Sundeep Kishen and the gorgeous actress Priyanka Arul Mohan, the anticipations have been skyrocketing. During this juncture, Sathya Jyothi Films is happy to announce that Kannada Superstar Dr. Shiva Rajkumar is on board to play a pivotal character in this film. The production house is elated over his arrival, which they believe will elevate the caliber of this movie.

Captain Miller, a period film set in the period the1930s-40s and will be released simultaneously in Tamil, Telugu, Kannada, and Hindi.