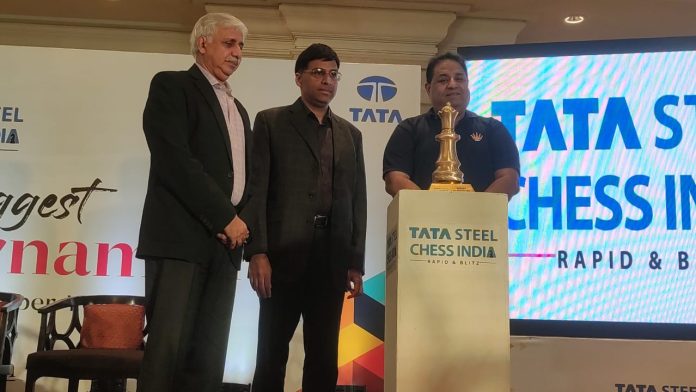 Chennai, The 4thedition of Tata Steel Chess India was announced today with the introduction of a Women’s Edition of the tournament.  The open tournament has been on for three editions nowand in its fourth edition, TSCI will have a women’s tournament with the same format – rapid and blitz. The tournament will take place from November 29 –December 4, 2022 in Kolkata.

Top International Grandmasters, top Indian men and women Grandmasters, young Indian talents and Viswanathan Anand as the ambassador and advisor of the tournament will enrich this year’s competition. For the first time in the history of the game, the prize fund for both the men’s and women’s category will be equal.

Women Grandmasters who have already confirmed their participation are Anna and Mariya Muzychuk from Ukraine, Nana Dzagnidze from Georgia and Alina Kashlinskaya from Poland. Indian chess superstars Koneru Humpy and Harika Dronavalli will be joined by rising star Vaishali R – all of who was part of the Bronze-winning team at the recently concluded Chess Olympiad in Chennai. 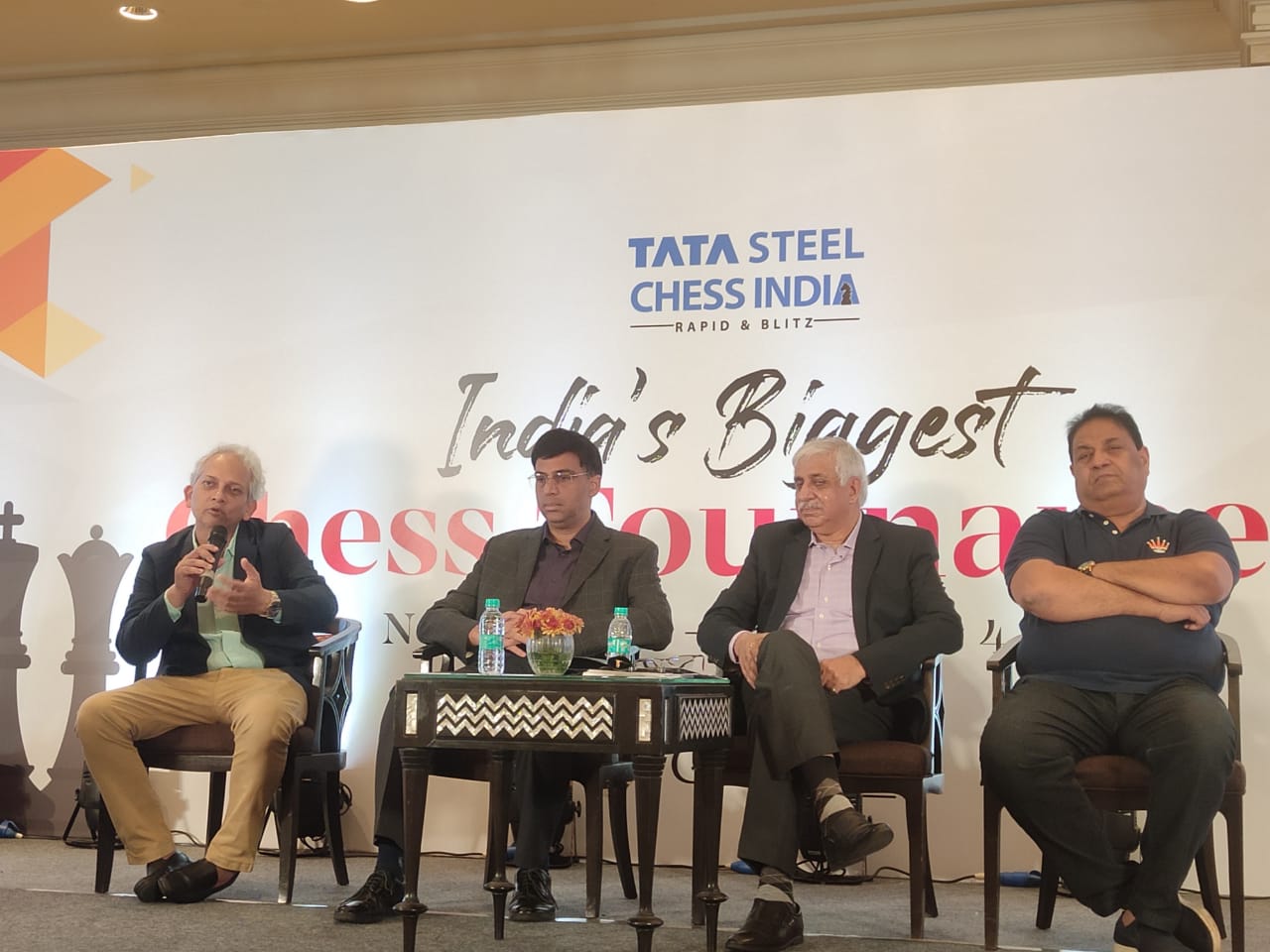 Mr. Viswanathan Anand, Ambassador of Tata Steel Chess India on the occasion said, “I am extremely delighted that today chess is considered as a mainstream sport. Tournaments like Tata Steel Chess India where our young players fight it out with International Grandmasters really helps the cause of producing newer champions. Today, India is considered as chess power-house with both men and women excelling in the sport. The introduction of the women’s tournament with equal prize money as the men category is a welcome move and an excellent initiative and we hope it is as well-received by the chess enthusiasts. Chess is and should be an equal sport.”

Speaking on the occasion Mr. Chanakya Chaudhary, Vice President, Corporate Services, Tata Steel said, “We are delighted to announce that this year’s edition of Tata Steel Chess India will witness the launch of a Women’s Tournament as well. What better year to start this than FIDE’s ‘Year Of The Woman In Chess.’ The event will give young Indian talent the opportunity to play against top International Grandmasters. Tata Steel Chess India is part of Tata Steel’s continuous and conscious effort to build an equitable and diverse environment while engaging with communities through meaningful activities. We are encouraged by the enthusiasm and participation we have received over the past years and are determined to make this world class chess competition even better.”

Mr. Bharat Singh Chauhan, Hon. Secretary, AICF said, “We as a national body for promoting chess is extremely happy to witness resurgence and renewed interest towards this sport from the people of the country. The recently concluded Chess Olympiad is an example of the growing importance of chess in India. Over the past few years, Tata Steel Chess India is helping to popularize the sport and take the game to every corner of the country. And this year, the addition of the Women’s tournament is a welcome development.

“Few years ago, Gameplan had taken the initiative of promoting chess by organizing a global chess tournament in India with support from Tata Steel. Today, we are extremely delighted we are able to add a women’s tournament as well to the TSCI event. It is encouraging to witness the increasing level of interest among the citizens of the country for chess. We are committed to the development of sports in the country by organizing such global tournaments.” said Mr. Jeet Banerjee, Director, Gameplan.