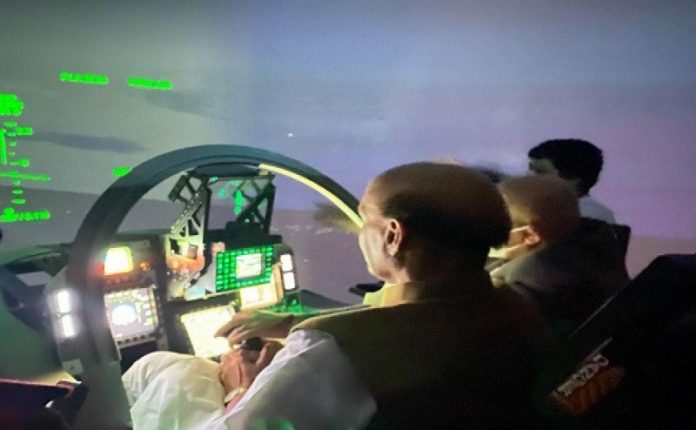 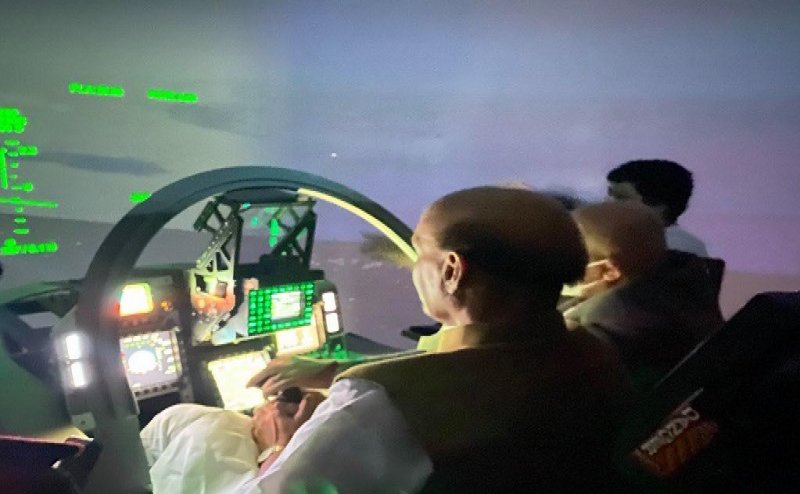 Raksha Mantri Shri Rajnath Singh has said that 1971 war was one of the few wars in history that were fought neither for land nor for any resource, nor for that matter any kind of power. “The main objective behind this was to protect the dignity of humanity and democracy,” Raksha Mantri said while inaugurating the three-day conclave organised by the Indian Air Force to commemorate ‘Swarnim Vijay Varsh’ at Yelahanka Air Force Station in Bengaluru on October 22, 2021.

Referring to the theme of the conclave, ‘Birth of a Nation: Congruence of Politico-Military Thoughts and Goals’, Shri Rajnath Singh termed it the most appropriate because “It was the synergy and co-operation between the Tri-Services and the Government that ensured the success of our country in such a huge campaign.” He added “The congruence of our country’s politico-military thoughts gave birth to a new nation in Asia, defeating exploitation and injustice and proved once again that where there is righteousness, there is victory (यतः धर्मस्ततो जय:).”

On the challenges faced at that time, Shri Rajnath Singh said, “It is easy to say that in this war, east and west were the two main fronts, but in reality there were many such fronts which we had to take care of, and which would not have been possible without politico-military synergy.” He said the country had to take care of lakhs of refugees from the East, monitor any kind of aggressive attitude on International Boundary or ‘Ceasefire Line’  (Now Line of Control) by Pakistan, stop any kind of external interference in the Northern sector and retain India’s credibility in favour of peace, justice and humanity.”

The Raksha Mantri also pointed to the largest military surrender after World War II in which more than 93,000 Pakistani soldiers surrendered at once. “In just 14 days, Pakistan had lost one-third of its Army, half its Navy and one-fourth of its Air-force. This war proved to be historic in many ways. Scholars and historians later termed it as a classic example of ‘Just war’.” 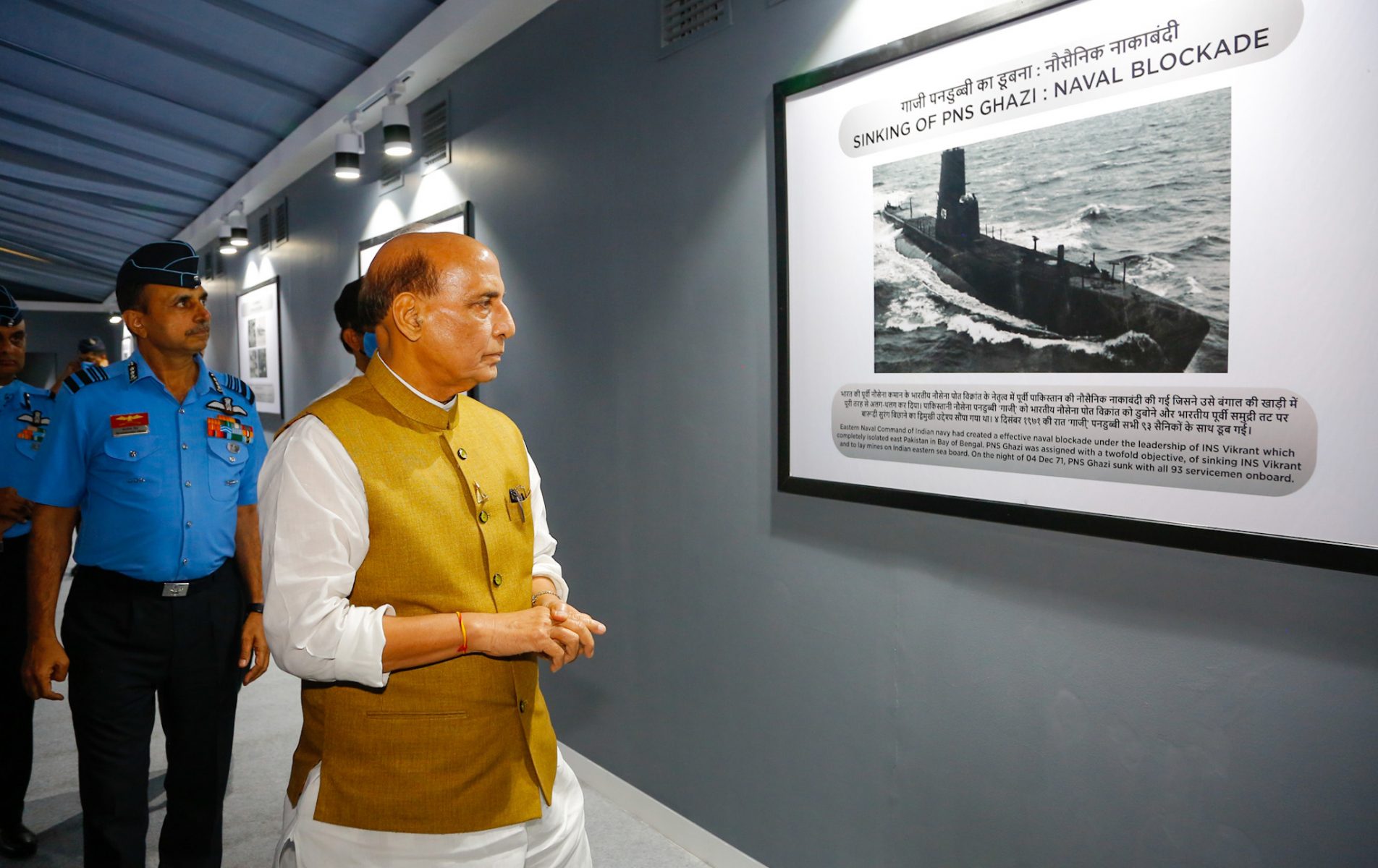 Quoting 1971 war as shining example when there is talk of promoting jointness and integration among the Armed Forces in the changing times, Shri Rajnath Singh said, “This war told us the importance of thinking, planning, training and fighting together. The war also witnessed the well-knit team functioning of our Armed Forces, the diplomatic acumen of India, and the role of a responsive manufacturing base in meeting the needs of the forces. It also shows the need and importance of an ‘all of government approach’ in security challenges.” Today, under the leadership of Prime Minister Shri Narendra Modi, the country has got a Chief of Defence Staff and Ministry of Defence (MoD) has got Department of Military Affairs.

Raksha Mantri saluted the valour all those soldiers, sailors, air warriors and their families, who ensured the victory in the 1971 war. “This country will always be indebted to the valour and sacrifice of those heroes and will continue to move forward in the path of fulfilling their dreams.”