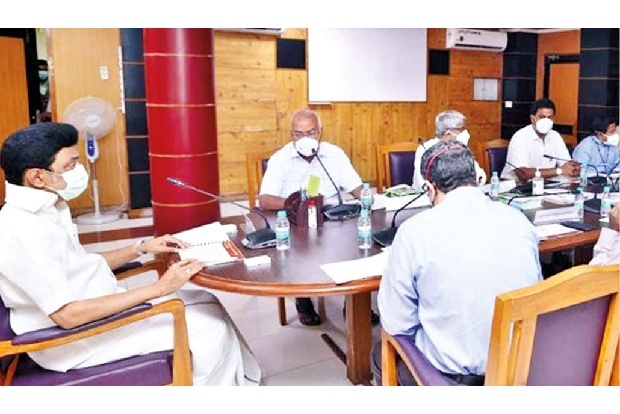 “Uniform development of economy, education, society, thought and action is the Dravidian model of development. Development of Tamil Nadu should be aimed at development of society, life and culture and to achieve it, the guidance of members of the State Planning Commission is essential,” said Stalin, according to a release.

The Chief Minister also appreciated the work done by the Commission so far in advising ministers and other senior officials on various development platforms. He also said that though Tamil Nadu is a developed state, the development is not complete.

“There should be all-round development in the fields of human resource, quality of life, education, bringing up of children, poverty alleviation, health of people, social justice and upliftment of marginalized people,” Stalin said.

Speaking about uniform development of districts, the Chief Minister said that just as there are differences in industrial development of districts, there are also differences in education and poverty and a uniform employment scheme is required for the entire State. “The employment scheme should be a flagship model and should set an example not just for other states but also for the Union government. The Planning Commission should monitor the implementation of the scheme and should ensure benefits reach all sections of society,” Stalin said.

Meanwhile, members of the Commission, when contacted, refused to elaborate on the development model.