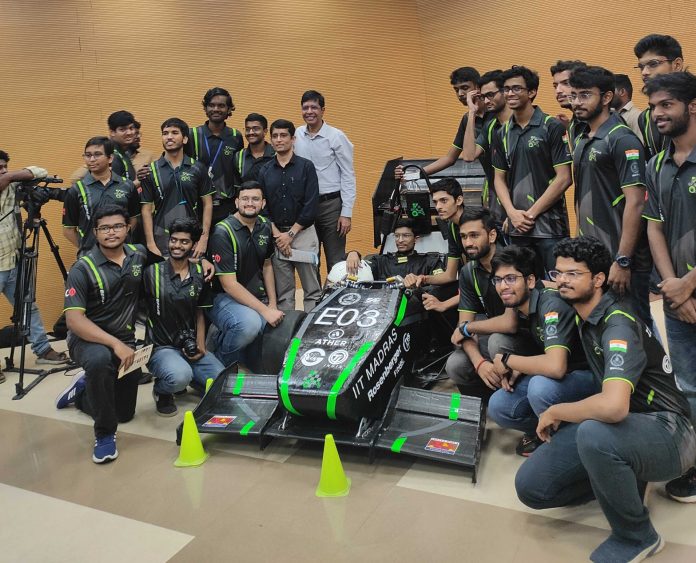 Called ‘RFR 23,’ it is expected to show significant improvements in speed and lap times compared to the earlier Internal Combustion Engine model due to the higher power delivered by an electric drive

Indian Institute of Technology Madras (IIT Madras) Students launched the first electric formula racing car to come from the institute during an event in the campus today (28th Nov 2022).

Built completely by students Team Raftar, the formula car ‘RF23’ is the result of a one-year-long process in which the team undertook the Design, Manufacturing, and Testing.

In terms of performance, the students expect to see significant improvements in speed and lap times compared to the earlier Internal Combustion Engine model due to the higher power delivered by an electric drive.

Team Raftar aims to become the best Formula Student team in the world. It intends to promote Formula student culture in India with continuous innovation and sustainable technological advancement at its core. As a Formula Student Team, Raftar specializes in designing, building, and racing a high-performance race car every year to compete in Formula Student competitions

against top engineering institutions across the world. Team Raftar comprises 45 students from various disciplines and is one of the competition teams of Centre For Innovation (CFI) at IIT Madras. The team looks forward to representing India at International level, fostering industry-standard engineering practices and nurture real- world technical expertise among engineering students.

Addressing the launch event after unveiling ‘RFR 23,’ Prof. V. Kamakoti, Director, IIT Madras, said, “The shift from combustion to electric vehicle was just as drastic as it was necessary, keeping in line with the global trend of moving towards sustainable transportation.

With global electric vehicle industry still in its nascent state, the potential for growth and technological advancement in this arena is huge.” The team will be participating in the Formula Bharat event, scheduled to be held in January 2023 at the Kari Motor Speedway in Coimbatore.

The team also aims to take this car to the world’s most prestigious Formula Student event, Formula Student Germany in the August of 2023 to pit itself against the best teams from around the world, vying for a place on the podium.

Congratulating the students, Prof. Satyanarayanan Seshadri, Faculty Advisor, Team Raftar-IIT Madras, said, “Raftar will soon become a platform to build future innovations such as driverless cars and connected mobility technology. ‘RFR 23’ showcases the endless hours and efforts taken by each and every member of the team over the past year. This car is a culmination of the research, innovation, and persistence demonstrated by the team.”

Having started the year with a bang by securing first place in Formula Bharat Virtuals Championship and numerous technical awards in the Pi-EV Concept Challenge, Team Raftar hopes to carry the momentum forward to its first offline competition in Electric category.

Elaborating on their key goals, Mr. Karthik Karumanchi, Student Team Captain, Team Raftar-IIT Madras, said, “Our primary focus is to build a safe, sustainable and reliable electric vehicle. We approached this goal by taking a look at the issues currently faced in the industry and trying to devise innovative solutions for them. We recognized the need for proper thermal management of the battery, a robust data logging and visualization interface, and a highly accurate State-of-charge estimator for the battery pack. We based our projects on finding solutions to these problems and incorporating them into ‘RFR 23’.”

Further, Ms. Gaurika Bindal, a Powertrain Engineer and a Student Member of Team Raftar-IIT Madras, said, “To coordinate the daunting task of building an entire vehicle easier, we divided ourselves into eight smaller groups focusing on a certain aspect of the car to fully optimize the system under them. These sub-systems include aerodynamics, frame and composites, vehicle dynamics, drivetrain, accumulator (or battery systems), high voltage, andcooling systems, and low voltage systems.”

Being primarily a research team with persistent innovation as the key goal, the students believe it is their responsibility to work towards the advancement of transportation technology, with the next logical step being autonomous driving. This concept promises significantly improved safety, universal access, convenience, efficiency, and reduced costs compared to conventional vehicles. 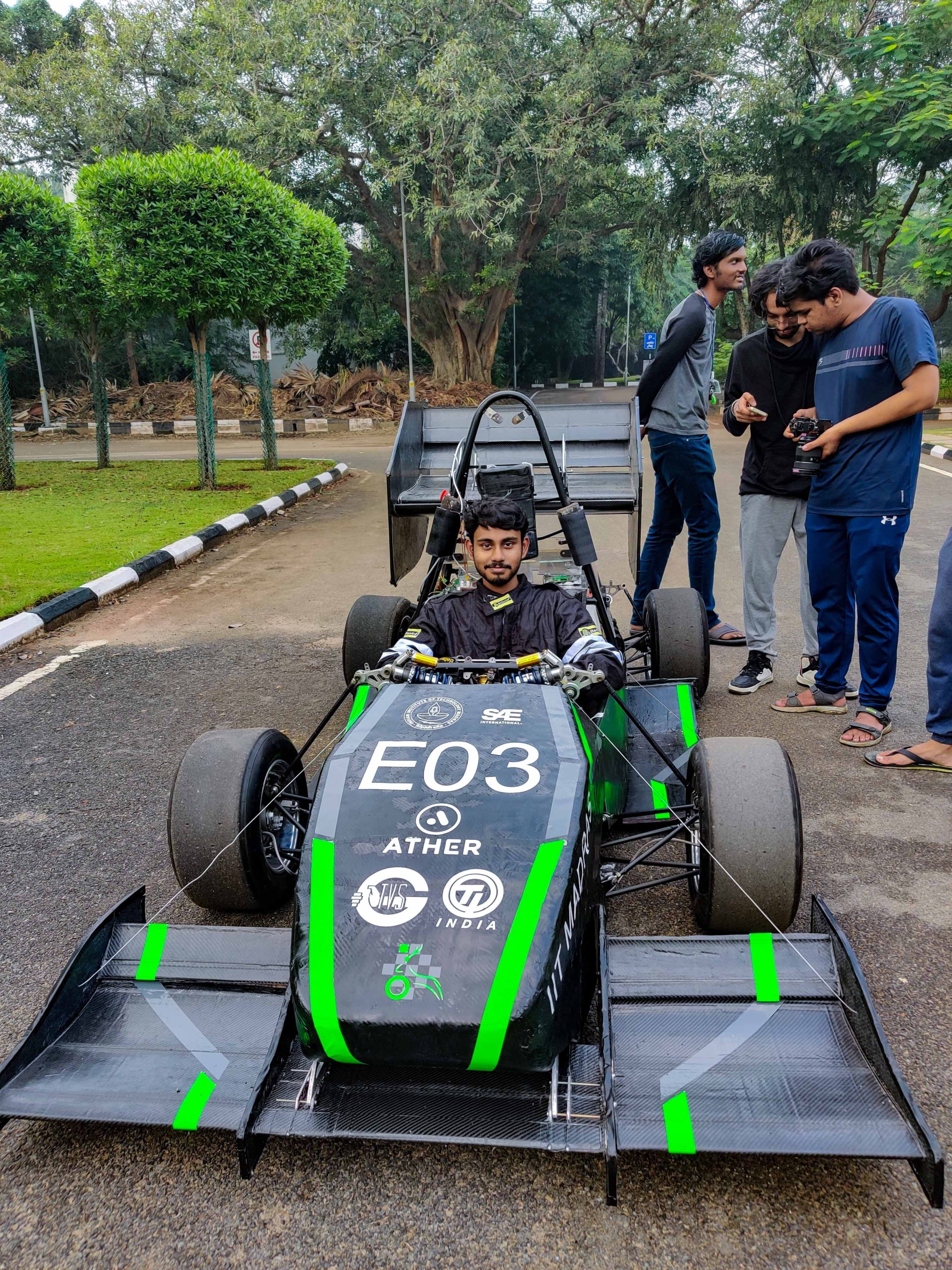 In line with this vision, Team Raftar is on its way towards developing its first Driverless race car by 2025 and participating in the ‘Driverless category’ of Formula Student events.

Formula Student provides the ideal testing ground to develop and perfect this technology. The students are in the process of incorporating India’s first indigenously made processor SHAKTI to achieve complete customizability with no external dependency. The focus is on cloud storage and processing, enabling seamless conversions of EVs to DV.