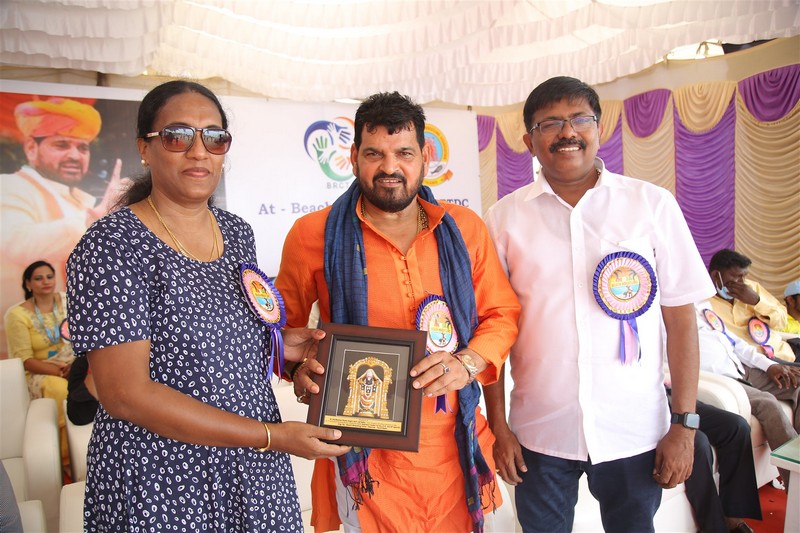 The Wrestling Federation of India (WFI) organised its first-ever Beach Wrestling National Championship at the Beach Resort Complex of Tamil Nadu Tourism Development Corporation in Mahabalipuram from August 28 to 30. Unlike the mat wrestling, the shorter version played on the beach will witness grapplers competing in four weight divisions each in men’s and women’s categories.

A state association can enter a maximum of three athletes per weight category. However, the WFI president may issue a special authorisation to increase the number of athletes of the same category per unit if the brackets are not full.

The bout consists of one period of three minutes. Mat wrestling has two periods of three minutes each. Besides, beach wrestling is practised only in a standing position and use of the legs is allowed in action.

A wrestler is awarded one point if he/she manages to bring any body part, except the hands, of his/her opponent to the ground. A push-out or a caution for an illegal action will also earn 1 point. The attacker (and only the attacker) can put one knee to the ground when executing an action if this action is finished by the opponent in the ground.

Three points are awarded to the wrestler who manages to expose his opponent’s back to the ground during a takedown or a throw. The first athlete to 3 points wins the match. If there is a tie at the end of the match, the winner will be declared on criteria. The following criteria will be used to declare the winner: a) Last point scored, b) Weight of the athletes* and c) The lowest (smallest) number pulled during the draw/rank.

There are three age groups in beach wrestling – Cadet, Junior and Senior Wrestlers .Wrestlers below age 17 compete in cadet, while grapplers between the ages of 18 and 20 wrestle in juniors. The ones above 20 fall in the senior category.

Unlike in the mat, beach wrestling has only eight weight categories – four each in men’s and women’s style.