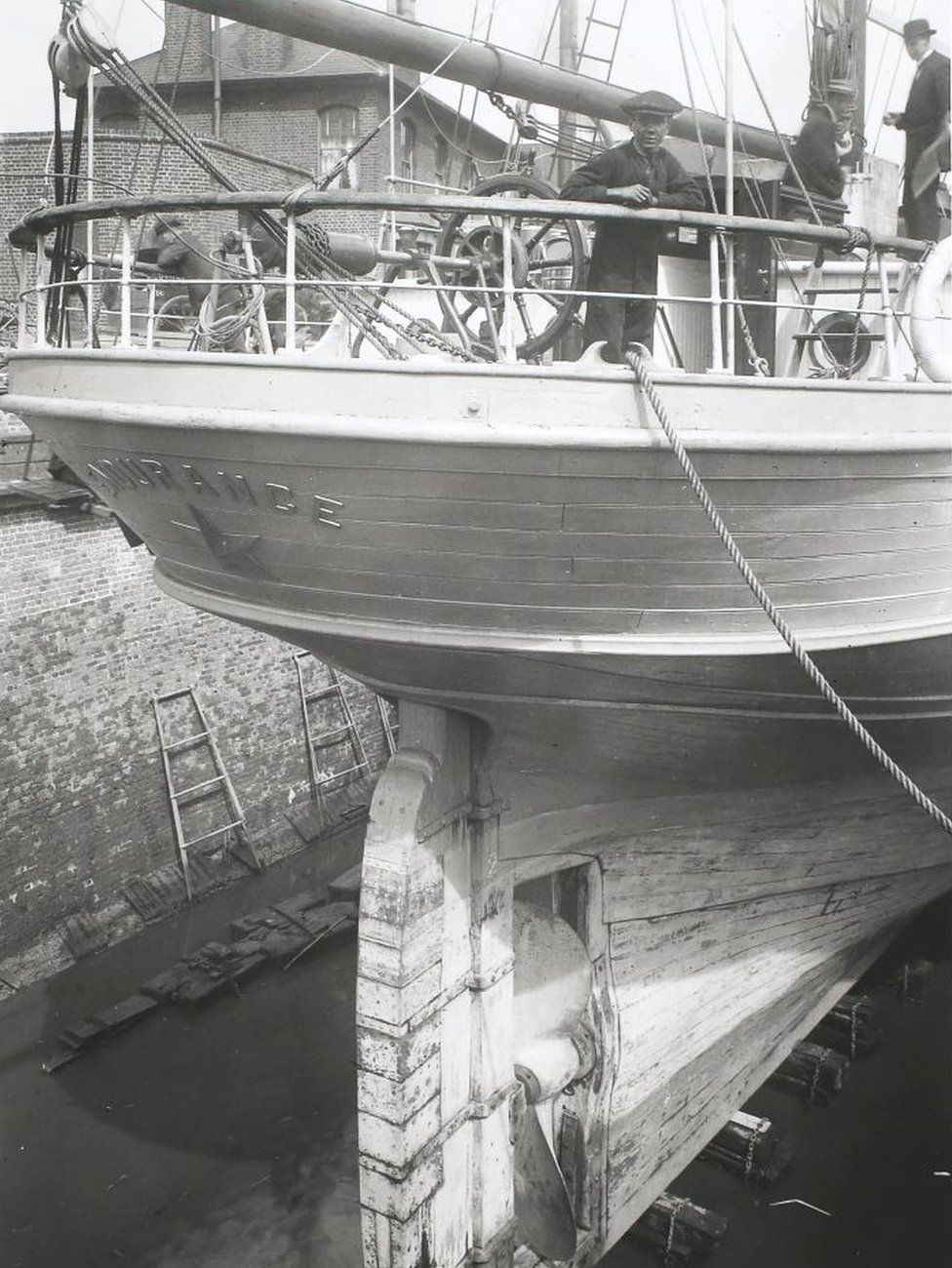 Bengaluru: The visuals are striking to say the least. In the dark blue hues typical of vast watery depths, a wooden structure stands out, worn out but intact.

Written across the stern in capital letters is a word that announces the identity of the find as also its historical significance. ‘Endurance’.

Through more than a century in the Antarctic depths, the shipwreck appears to have endured, indeed.

Endurance, the lost vessel of the famous Antarctic explorer Ernest Shackleton, has been found at the bottom of the Weddell Sea in Antarctica 107 years after it sank. 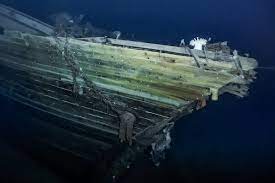 It was discovered by the Endurance22 Expedition of the Falklands Maritime Heritage Trust, using the South African icebreaker vessel SA Agulhas II. It is under the Weddell Sea to the south of South America, at a depth of 3,008 metres, or just over 3 km.

The ship was part of the Imperial Trans-Antarctic Expedition, which set out to make the first land crossing of Antarctica.
It sank in 1915 after it was surrounded by ice and ultimately crushed by it, forcing its crew of 28 men and one cat to make a series of daring exploits for survival over several months.
It was found Saturday, on the 100th anniversary of Shackleton’s funeral, after a two-week comb of the area. The discovery was made using underwater search vehicles.

“This is by far the finest wooden shipwreck I have ever seen,” said Mensun Bound, director of the expedition, in a statement. “It is upright, well proud of the seabed, intact, and in a brilliant state of preservation. You can even see ‘Endurance’ arced across the stern, directly below the taffrail. This is a milestone in polar history.”

The wreck is protected as a historic site and monument under the Antarctic Treaty of 1959, “ensuring that whilst the wreck is being surveyed and filmed it will not be touched or disturbed in any way”. 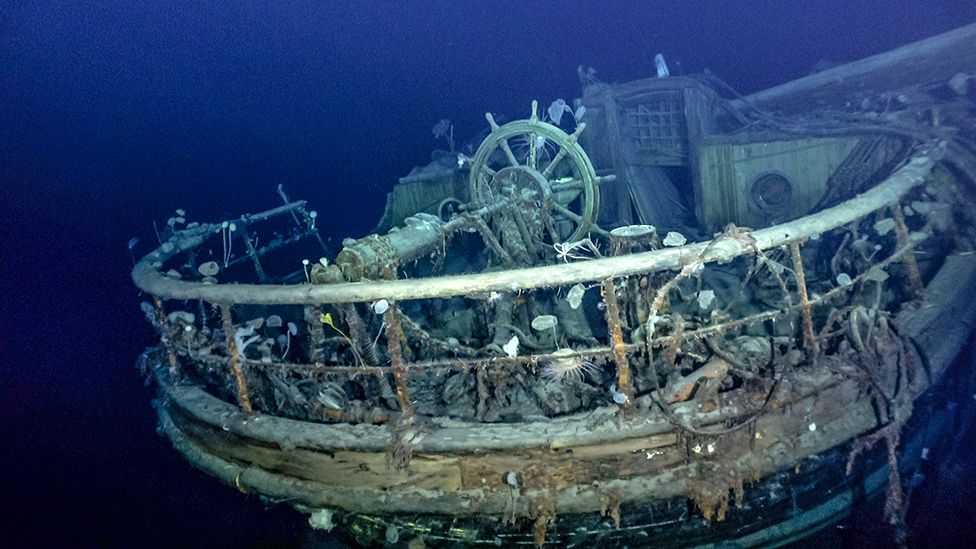 The discovery was chronicled by National Geographic as part of its Explorer series. The documentary will premiere this year.

As part of the expedition, climate change and weather-related data was also collected, including ice drifts and weather at Weddell Sea. It also included studies on sea-ice thickness, and mapping the extent of ice with satellites.

The ship has been searched for before, but hunting for it proved challenging owing to the deep and thick ice in the area. However, the extent of Antarctic ice has been steadily and drastically going down, with the daily sea ice extent around Antarctica reportedly recording its lowest value on record in February 2022. 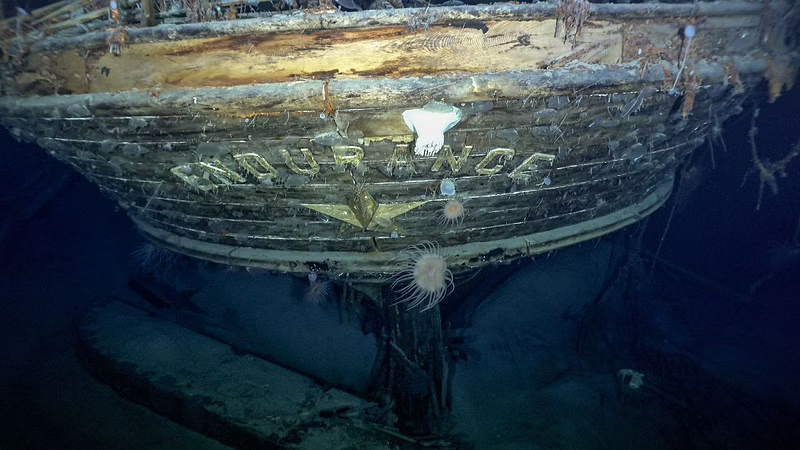 Endurance is a legendary ship known for one of the greatest stories of human survival through the ages of exploration of uncharted territories. It set sail from Britain in August 1914, arriving in Antarctica in December.

Shackleton had planned for the crew to make the first land crossing journey of Antarctica. Fourteen men were to land on the continent, with seven, including Shackleton, supposed to undertake the nearly 3,000-km land journey to the opposite end, to Ross Sea.

Endurance was the Titanic of polar exploration vessels at the time, with specially reinforced hull to withstand extreme ice damage. But like the Titanic, the “unsinkable ship” that sank on its maiden voyage in 1912, the Endurance had an ill-fated end too.

As soon as the ship neared the Weddell Sea, it started to face more ice than anticipated, with very slow progress into the area. In February 1915, it got stuck in the ice, despite numerous attempts to free it.

For the next few months, the ship drifted along with the ice it was wedged in as the Southern Hemisphere winter set in without any aun. The crew stayed on the ship through winter.

Heavy snow and freezing temperatures continued until September, with ice now crushing the vessel from all sides. In October, the crew abandoned the ship due to increasing danger as it keeled over on the ice.

They continued to camp on ice from October through March, before land could be sighted. The 28 men repurposed a lifeboat for a 1,300-km journey to reach the remote Elephant Island in April 1916.

Shackleton’s party then split up, with another group going forward to look for rescue.

In August 1916, the entire crew — and their cat — was rescued. Meanwhile, the ship had sunk into the Weddell Sea, one of the coldest places on Earth, waiting to be discovered over a century later, by Saab’s hybrid undersea Sabertooth vehicle.

Experts say the well-preserved condition of the ship could be because of the kind of animals that live in these waters and attached themselves to it.

The sea life that surrounds the wreck does not feed on wood, as the ecosystem of the Antarctic region is without forests. Instead, the deep-sea life here are filter-feeding creatures that obtain nutrition from the rich water directly.