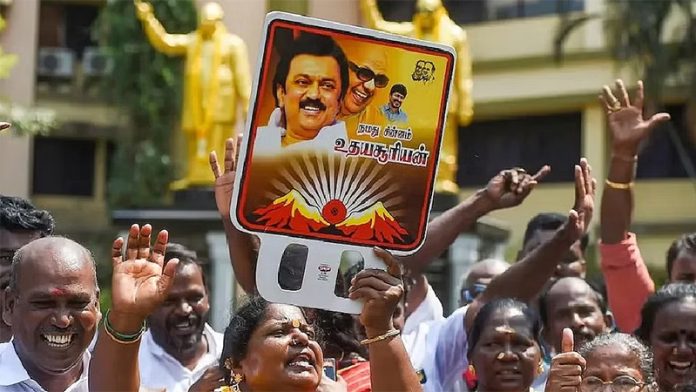 As per the notification published in Tuesday’s edition of the party mouthpiece ‘Murasoli’, advocate S Joel, deputy secretary of the DMK youth wing would be in charge of the six units of Chennai DMK youth wing district besides Andaman, Mumbai, Karnataka, Andhra and Kerala. P Abdul Malik would be in charge of zone II covering Tiruvallur, Villupuram, Kallakurichi and Cuddalore party districts. K Prabhu would oversee the affairs of zone three consisting of Kancheepuram, Vellore, Tiruvannamalai and Puducherry districts of the party.

The reorganisation happens in the backdrop of the party completely revamping the youth wing. Eight of the nine deputy secretaries appointed by the party recently were new faces, barring deputy secretary S Joel.

The notification has requested the district secretaries, district in charge and youth wing office bearers of the party to extend cooperation to the newly appointed zonal in charge of the youth wing.