SRM Institute of Hotel Management established in the year 1993 is a part of the premiere educational SRM group. It’s been offering quality hospitality education and training for more than two decades now. SRM IHM believes in holistic growth of a student, thereby focusing on all the aspects which in-turn moulds a student to become a competent professional & help them shine in their respective fields.

Westmont College, founded in 1937, is an interdenominational Christian liberal arts college in California. Westmont is ranked in the U.S. News & World Report as America’s Best Colleges of liberal arts. In 2016 Forbes ranked Westmont among the best private and public colleges and universities in America. The Templeton Foundation has also recognized Westmont as one of the nation’s top 100 colleges committed to character development.

SRM IHM feels fortunate to arrange this cultural exchange programme with Westmont University. This exchange has earlier happened in the year 2014 & this time the students & faculty fraternity will not only have a glimpse of Indian culture, traditions & heritage but will also enjoy a delectable demonstration arranged by SRM IHM’s chefs which will lay emphasis on Indian cuisine. This celebration of two very rich & distinct cultures makes this day uber-special for SRM IHM.

Westmont University is visiting India this time for the sole purpose of providing humanitarian aid for people in need. They will be working with an Old-Age home in Maraimalai Nagar, Kanchipuram District, wherein they will offer support & relief to the elderly. This truly deserves mention & honour that they will come all the way from California to help these elderly people. This exemplary, kind work deserves appreciation for everyone from Westmont. This showcases the true essence, character & nature of students from Westmont & also explains why this institution is so renowned & distinguished.

This exchange will turn out to be very fruitful for the students of Westmont & also for students at SRM IHM wherein the experience is beyond border & we trust that their goodwill gesture will bring further peace & serenity & make world a better place. 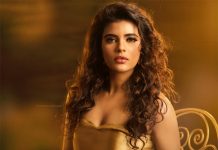