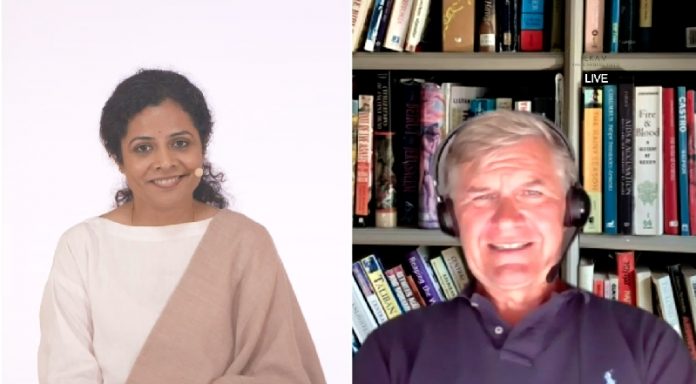 Ekam world peace festival has by far been the world’s largest online Meditation festival
with over 10 million people participating in it from across the world.
Sri Preethaji and Sri Krishnaji are mystics & philosophers who have co-created Ekam. They
have created several amazing spiritual journeys and festivals to celebrate the limitlessness
and expansion in consciousness. The peace festival has been happening for the last 3 years.
This year beginning on Aug 9th for the past 7-days.. It also was commended by many
reputed leaders of the world from various sectors of life.
Each day of the peace festival is held with a specific intention to cause the wholistic
wellbeing of mankind, all life forms, and Mother Earth.
Day 1 was for Peace between nations.
Day 2 was Peace for children.
Day 3 was Peace between races and religions.
Day 4 was Peace for nature and wildlife.
Day 5 was Peace for women.
Day 6 was Peace for economic sufficiency.
Day 7, the final day- is Peace for collective human evolution.
The world’s largest peace festival drew to a grand culmination yesterday .
Addressing the millions of peace meditators from across the world Sri Preethaji and Sri
Krishnaji said, ” Peace is either for all of us or for none of us. Unless all living beings lived in peace, there can be no peace for humankind. And unless every nation became peaceful
there is no peace for any nation. And unless every member of your family became peaceful
there is no peace for you”
They revealed the philosophy behind Ekam peace festival, saying, “Ekam magnifies our
intention for peace dispelling violence from the collective human consciousness.
On this last day of the peace festival young, old, leaders from various sectors, millions of
seekers offered their peace meditation as an offering for world peace.
They said – Our future is forked.
We could either go down this road driven by our loveless- self-centred- separation driven
consciousness, and destroy our earth- the only home for life, that is as yet discovered.
Or choose yet another road open to us which takes humanity to oneness consciousness,
from which alone we can find enduring solutions to the problems of our world”.
On this occasion Gregg Braden, a five-time New York Best Selling Author and scientist
joined online to interact with Sri Preethaji and Sri Krishnaji.
They conversed on science & spirituality, heart and brain, on intention and the one unified
field of consciousness. Gregg said – There is a beautiful space where science and spirituality
are not alone but come together evolving into something more.
Speaking about the mystic geometrical structure of Ekam, he said – these sacred
geometrical structures are the physical representations of the innate patterns of the atoms
in our bodies. When we are in the presence of these sacred structures we awaken our
consciousness to powerful states of love and peace. And when they are located on the right
geo-energy spots magnetic, crystal and structural energies converge amplifying and
accelerating human awakening. And Ekam is such a rare structure.”
Their discussion was insightfully rich and brought a very scientific perspective to the
spiritual approach taken during the festival.
The grand festival reached its pinnacle receiving great appreciation from over 25million
peace meditators, leaders, young, and organisational teams.

To present a few to you:
On day1, Kailash Satyarthi, Nobel peace laureate Conversing with Sri Krishnaji said, every
young person should go beyond the division of caste, class, community, and nationality and
unite for the most marginalized and vulnerable children of the world. He said every adult
must connect to the child within. Connecting to innocence within you will lead to a
spontaneous action to protect the children of the world.
On day3, Meng Foon, race relations’ commissioner for human rights from New Zealand
appreciated the massive initiative of peace undertaken by Sri Preethaji and Sri Krishnaji.
He said, “Racial discrimination affects the social, cultural, and economic wellbeing of the
community. Cultivating self-reflection and realizing the pain of others by placing ourselves
in another’s shoes will stop us from hurting them.”
On day4, Erik Solheim, a former minister in Norway for the environment and international
development, a winner of The Champion of the Earth award, and Time magazine’s Hero of
the Environment award joined as the guest. He said – ALL RELIGIONS HAVE
METOPHORICALLY COMMUNICATED THE IMPORTANCE OF PROTECTING AND
SUSTAINING MOTHER EARTH. If we can realize this connection we would allow Mother
Earth to thrive. He also said – I see and believe PM Modi is taking the right steps in that
direction too.

On day5, supporting the message on women by Sri Preethaji, Mithali Raj, the Captain of
India’s Women’s Cricket Team said – “Peace is necessary and meditation is a sure way to
peace. Peace during challenges is when we are mindful and not rush into action when we
should not.”
Mithali Raj also said that COVID allowed her to meditate and live in the present. It made her breathe deeper and not keep running into the future anxieties or past regrets. She has
enriched her life in the interlude provided by COVID.
On the same day in the evening, Saina Nehwal, World Badminton Champion joined as the
guest. Simple and natural in her ways, Saina emphasized remaining calm even though
situations are stressful and demanding in one’s life. After meditation with Sri Preethaji, she
had experienced a deep state of restfulness in such a short time. She said inner peace has
been a critical factor in every single match she has won.
On day6, John L Petersen, a futurist, a speaker, and founder of Arlington University joined
as the guest.
Speaking to John, when Sri Krishnaji asked – as a futurologist what new trends do you
predict for humanity?
He said the world is on the verge of a massive paradigm shift. For the future to open up
grand possibilities, humanity must become self-realized. He acknowledged Sri Preethaji
and Sri Krishnaji for guiding mankind in the right direction.
They concluded the peace festival by thanking all the supporters and meditators from
across the world and inviting everyone to Ekam to experience yet more glorious gifts in
consciousness.