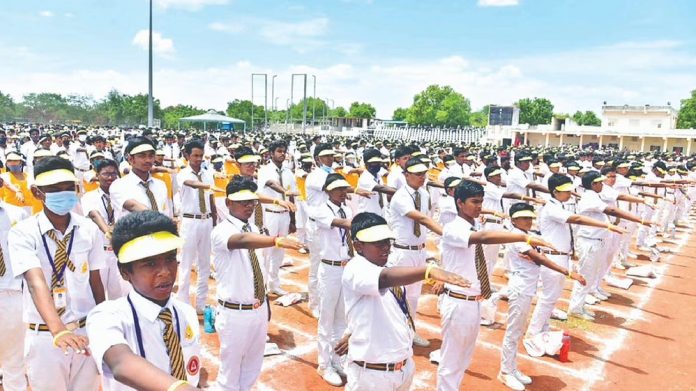 Tiruchy: Around 12,000 students took a pledge against the use of drugs at a mega event held here in the presence of Minister KN Nehru on Thursday.

Speaking on the occasion, the minister said stringent action would be initiated against those peddling drugs in the State. Chief Minister MK Stalin has given clear instructions against those indulging in drug abuse and those indulging in the peddling of drugs and the same would be strictly followed by the officials, including the police, in an attempt to eradicate the menace in society, he said.