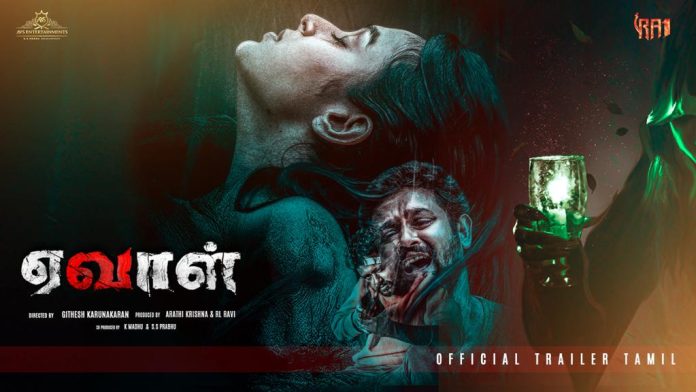 Yevaal Trailer – Time for blood-curling experience with twists and turns

The ‘Horror’ genre has become a time-worn concept for film buffs, but here comes a new-dimensional and first-of-its-kind blood-curling spooky thriller that will leave the hardcore fans of this domain enthralled. Yeah! The trailer of YEVAAL distinctly proves that it’s gonna be the crown jewel of this genre of this contemporary league. The trailer with the running length of One minute 52 seconds enhances the inquisitiveness for its fresh story premise and top-notch technical works.

The film is directed by Githesh Karunakaran and is produced by Arathi Krishna and RL Ravi of RA1 Entertainments in association with AVS Entertainments. Madhu G and SS Prabhu have co-produced this movie.