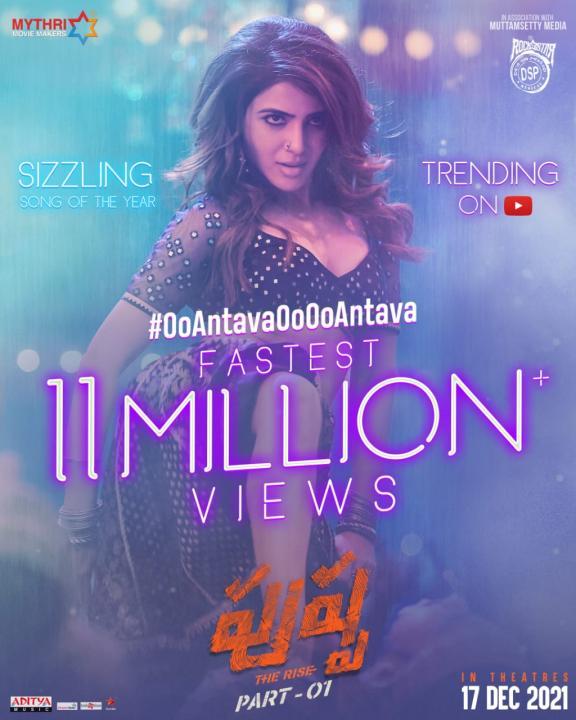 Sukumar’s upcoming movie, Pushpa the Rise is the flavour od the season. Fans are thrilled with the promotions of the makers, who have been releasing back to back posters, teaser, trailer and songs one after another without a break.

The makers sure are making sure to keep Pushpa buzzing on social media. Allu Arjun’s fan following across the country is unfathomable so one can very well imagine the kind of excitement among fans right now, thanks to all the hype surrounding the movie. 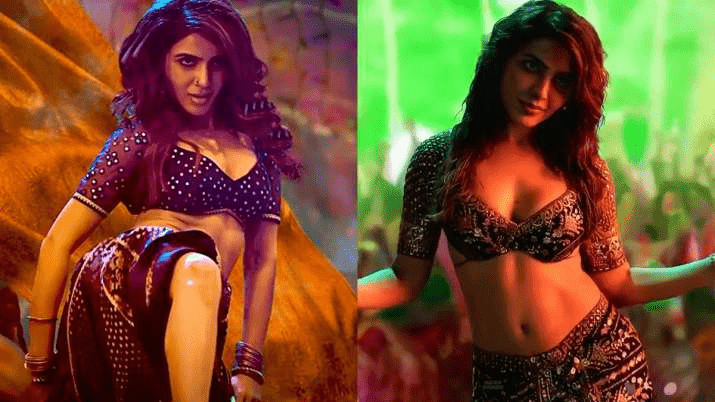 The film which stars Rashmika Mandanna as the leading lady will hit theatres on December 17. With less than a week left for the film’s release, the makers are going all out to keep the movie in headlines.

Yesterday, the makers of Pushpa, the Rise released the much awaited item song featuring Samantha. If you are wondering who penned the lyrics and who lent the voice, you will soon know. 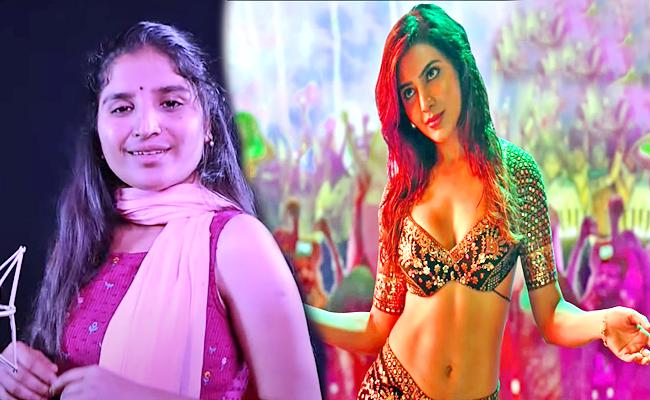 The song lyrics of oo Antava Ooooo Antava has been penned by Chandra Bose while Indravati Chauhan has crooned the item song in Pushpa. Now, if you are curious to know who the singer is. Well don’t be surprised we hear that Indravati Chauhan is the sister of Telangana fiolk singer Mangli, who became a sensation after singing Saranga Dariya in Sekhar Kammula’s Love Story.

Now, music lovers who heard Indravati’s voice in Ooo Antava Oooo antava song feel that the singer has taken the raunchy number up a notch with her style of singing.

Indravati has also sung a song in George Reddy and she also appeared as one of the jury members on ‘Bol Baby Bol’.