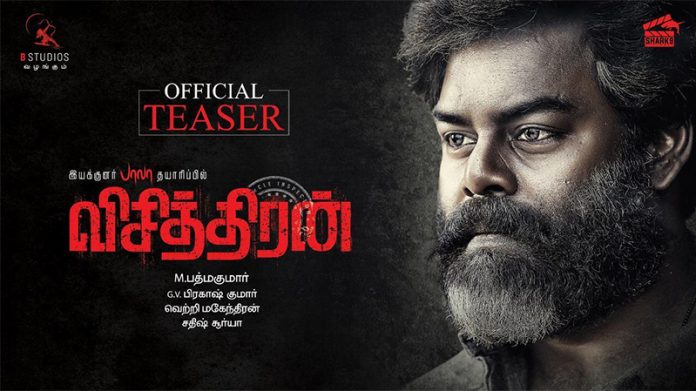 Visithiran is an upcoming tamil movie directed by M.Padmakumar and produced by Bala under the banner of B Studios. The movie is a remake of malayalam hit movie Joseph. Starring RK Suresh , Poorna , Madhu Shalini along with other artists. Music of Visithiran composed by GV.Prakash Kumar and editing of the movie done by Sathish Suriya. The movie is scheduled to release on 2021.