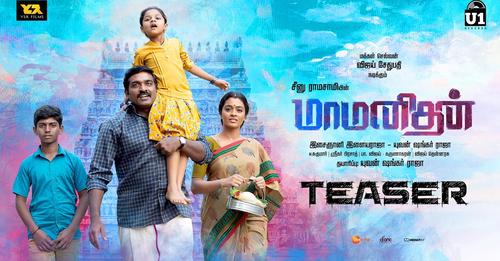 From the teaser, it is evident that Vijay Sethupathi plays a character called Radhakrishnan and that actress Gayathrie plays his wife in the film.

The film has triggered quite a bit of interest in fans because this is the first film for which music director Ilaiyaraaja and his son Yuvan Shankar Raja have jointly scored music.

Needless to say, the teaser, which was released on Monday evening, garnered over 233,000 views in less than an hour of being released on YouTube.

Releasing the teaser on Twitter, director Seenu Ramasamy said, “Unveiling the teaser of ‘Maa Manithan’. We’ve poured so much love in making this film.”