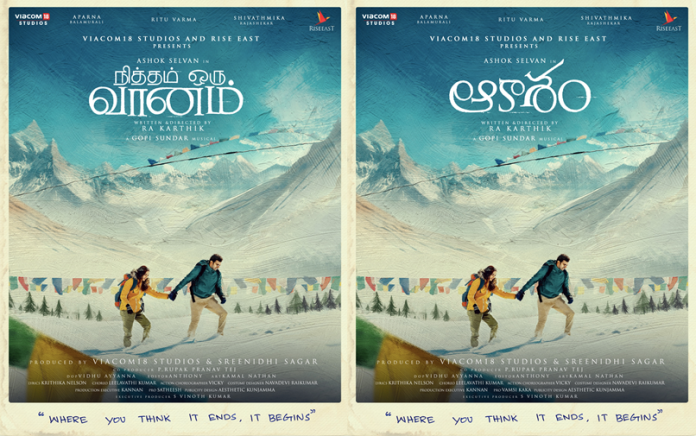 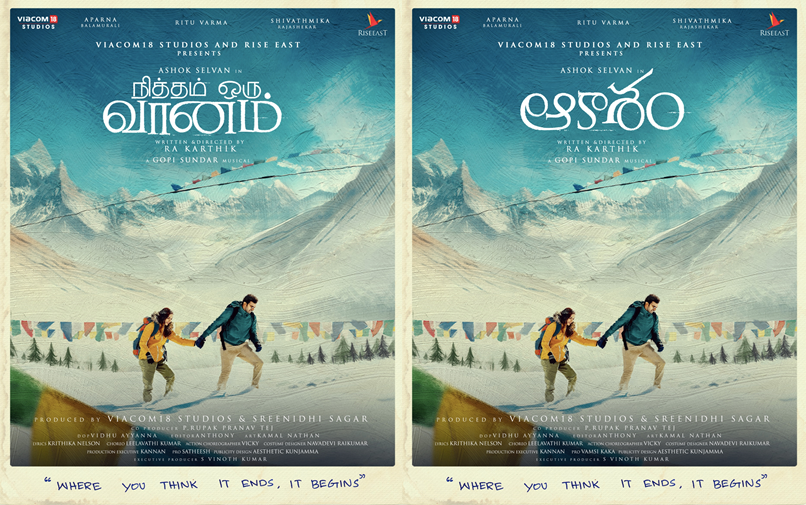 Viacom18 Studios is one of India’s finest fully integrated motion picture studios. It has emerged as a force to reckon with by delivering a string of critically-acclaimed and commercially-successful movies across languages.

After the recent success of Kannum Kannum Kollaiyadithaal, Viacom18 Studios is ready with its next bilingual movie, titled ‘Nitham Oru Vaanam’ in Tamil and ‘Aakasham’ in Telugu.

Ajit Andhare, COO Viacom18 Studios, says “At Viacom18 Studios, we believe in the power of storytelling across platforms and languages. With the recent success in our foray into the Tamil and Telegu markets, we are here with another heartfelt, bilingual story which will take the audiences on a journey. Backed by a strong cast, a talented new director and a highly capable producer, we are hoping to see Nitham Oru Vaanam aka Aakasham, break further grounds in their respective regions, welcoming audiences warmly back into theatres.”

The film is produced in collaboration with Rise East Entertainment. Its title look is being released today by popular Actor Dulquer Salmaan.

The film’s producer Sreenidhi Sagar (Rise East Entertainment) and Viacom18 studios have made the movie simultaneously in Tamil and Telugu. They have been shot across exotic locales in Chennai, Hyderabad, Manali, Vizag, Goa, Delhi, Chandigarh, Kolkata & Pollachi.

The lilting music has been composed by Gopi Sundar while lyrics have been penned by Krithika Nelson. Vidhu Ayyana has done the cinematography while S Kamalanathan is the Art Director. Leelavathi Kumar (Choreography), Anthony (Editing) and Vicky (Stunts) are the other key technicians. Sathish (AIM) is the PRO while S Vinothkumar is the Executive Producer.