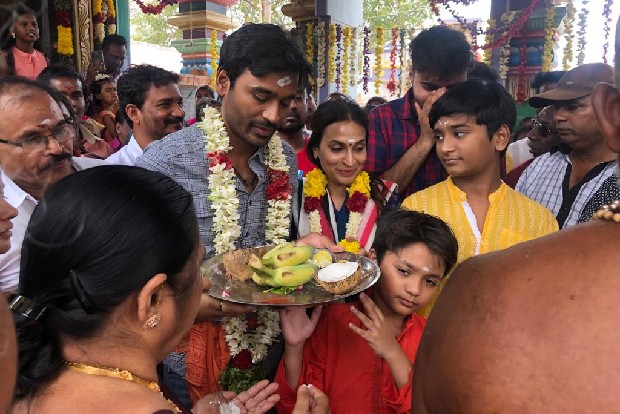 After actor Dhanush K Raja and his wife Aishwaryaa Rajinikanth announced their separation as a couple, fans took to social media to express their views on the same. “Unexpected, can’t believe it,” a social media user tweeted.

“This is heartbreaking,” another one wrote. “Shocking… Never expected from dhanush.. yes it’s a private thing between Aishwarya n him, but my heart goes with Thalaivar,” a netizen commented.

While several expressed shock over the news, there’s a section of social media users who came out in support of the former couple and urged everyone to respect their privacy. “That marriages are a part of life and are definitely not a prison. People can move out of it if things don’t work out,” a Twitter user wrote.

“Stay strong you both,” another one wrote. Dhanush, on Monday night, announced that he and his wife Aishwaryaa have decided to separate after “18 years of togetherness as friends, couple, as parents and well wishers to each other”.

“18 years of togetherness as friends, couple, as parents and well wishers to each other. The journey has been of growth, understanding, adjusting, and adapting. Today we stand at a place where our paths separate. Aishwaryaa and I have decided to part ways as a couple and take time to understand us as individuals for the better,” he posted on Twitter.

For the unversed, Aishwaryaa is the elder daughter of megastar Rajinikanth. She shares two sons named Yatra and Linga with Dhanush.