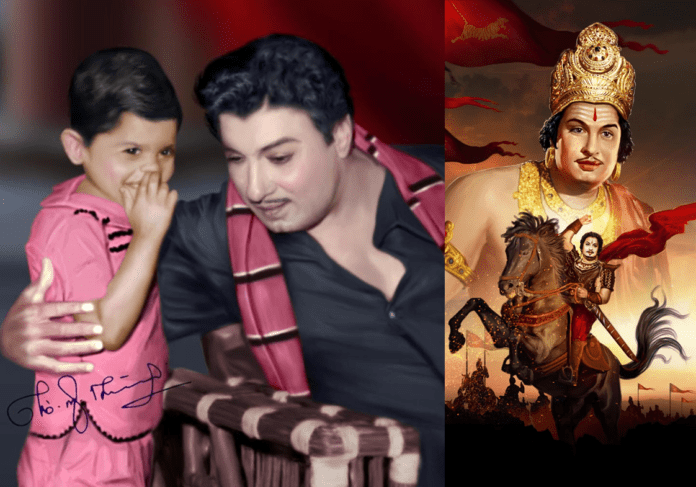 Top stars to play lead roles in film based on Ponniyin Selvan, to be directed by Ajay Pratheeb : MGR’s dream to be fulfilled by his heroine’s son

MGR’s dream project Ponniyin Selvan is all set to be made as a movie and web series in a massive scale by Ajay Pratheeb.

Ajay Pratheeb, a graduate from the Film Institute, is the son of Omana who acted as heroine for MGR in the movie ‘Genova’. His father is Krishnan, one of the most celebrated photographers in these parts. A former associate of legendary cinematographer K S Prasad, Ajay Pratheeb has directed numerous ad films and many documentary films for the government and other sectors. 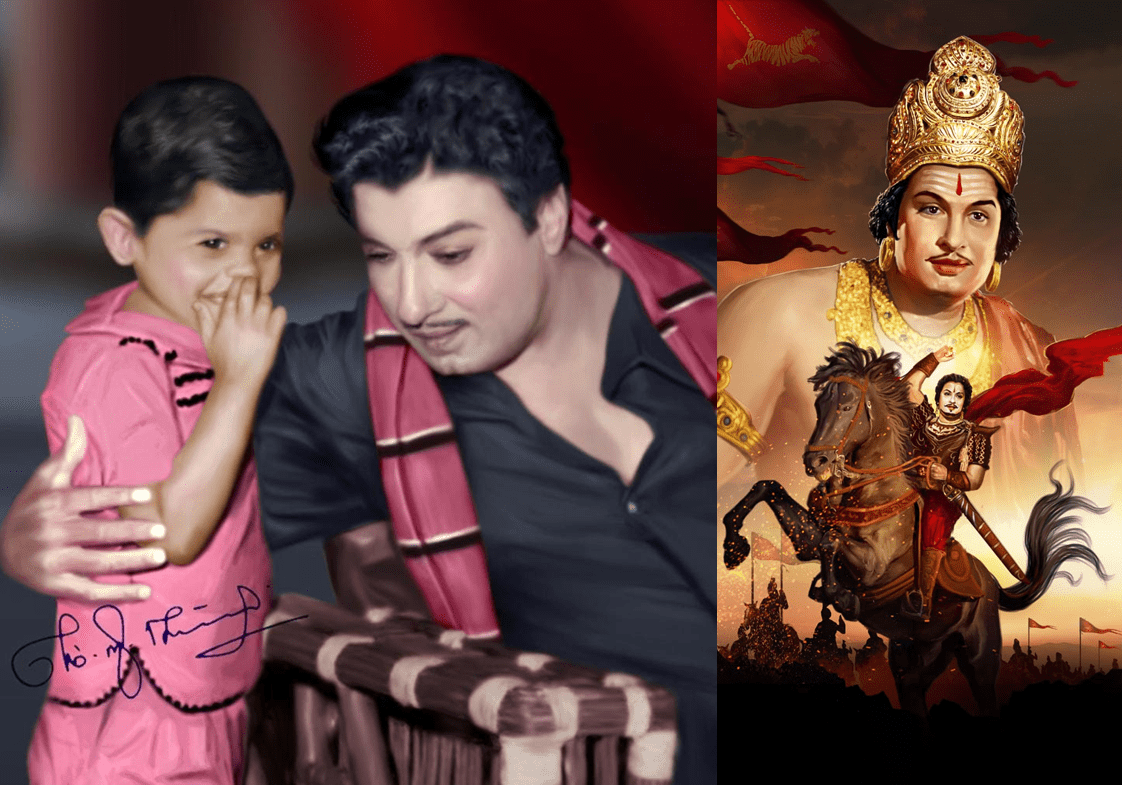 The movie produced by Srinidhi Ajaiy will be presented by Eternitee Motion Krafte Hub Pvt Ltd and Eterneity Star.

Leading actors from different languages will be playing prominent roles in the movie and web series. This pan Indian project will be released in five languages.

He said that the webseries will have 153-episodes in 12 seasons. The film will be released in three parts in a span of two years. It will be dubbed in foreign languages too.

Music for the movie will be by maestro Ilayaraja, art direction and production design are by Sabu Cyril and editing by Antony. Baahubali fame Viswanath Sundaram and Shanmugavel are Visual Development Directors. 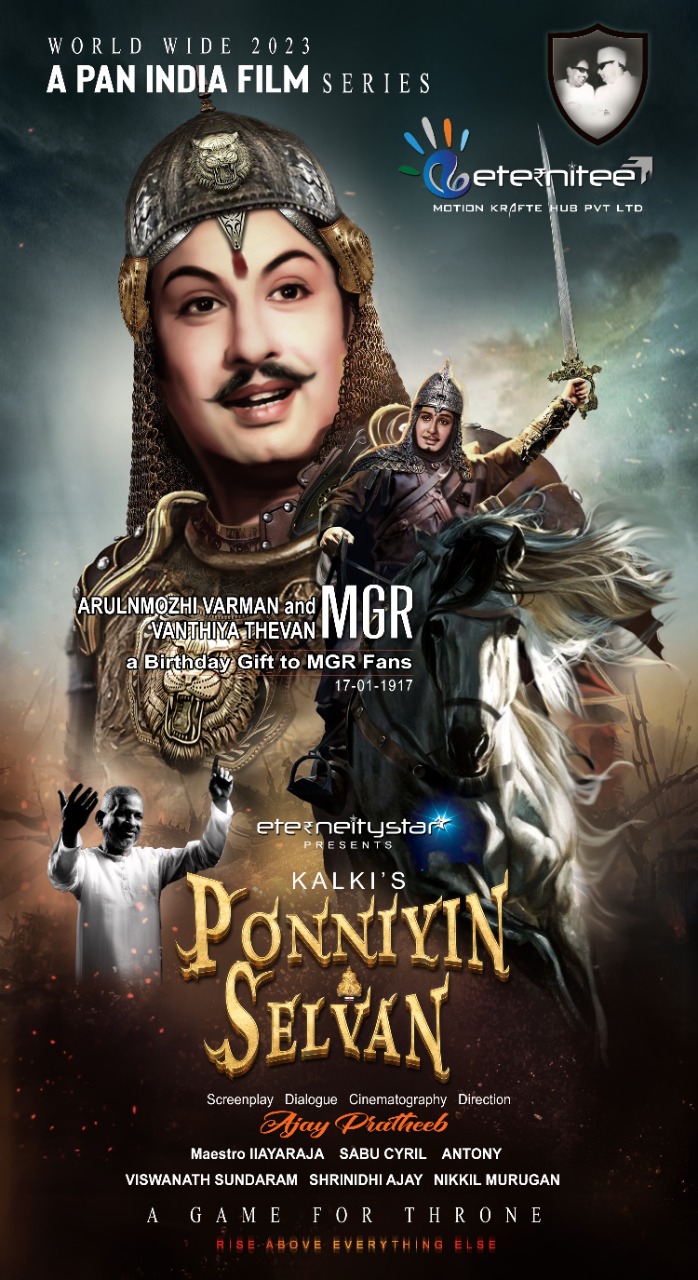 Official announcement about the project is being made today (17 January) on MGR’s birthday. As a tribute to the former Chief Minister, three posters are also released. In a bid to fulfil MGR’s wish, they feature MGR in the two roles- Arulmozhivarman and Vanthiyathevan- that he wanted to do in his dream project Ponniyin Selvan. The project is also being dedicated to Dr Kalaignar M Karunanidhi, the master script writer of Tamil cinema, since the director considers the two legends- MGR and Karunanidhi- as his mentors.

More updates and details about the big budget project will be announced soon. Attached with this press release is a photo of director Ajay Pratheeb with MGR.