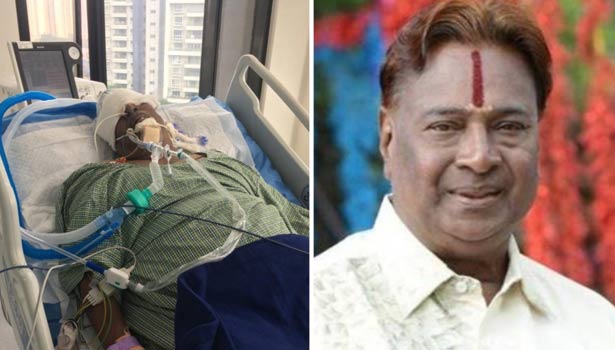 Shiva Shankar, a popular national award-winning choreographer, has tested positive for a novel coronavirus and his health is in severe condition. He has been receiving treatment at AIG Hospital for the past four days, but his son is unable to pay his hospital bills.

According to reports, 75 per cent of Shiva Shankar’s lungs are infected, according to doctors. While Shiva Shankar’s wife is quarantined at home due to a COVID-19 infection, his eldest son has also been infected with the virus and is currently in severe condition. His younger son, Ajay Krishna, who remains at home, has appealed to donors for assistance because the family is unable to afford the medical bills, which are estimated to be approximately Rs 2.5 lakh per day.

According to the latest reports, he was admitted to the AIG hospital’s Intensive Care Unit (ICU) four days ago. In an interview with the media, Ajay Krishna stated, “Yes, his condition is critical. Please pray for him.”

Siva Shankar, a National Award-winning choreographer, became popular with television audiences through the renowned dance reality show Challenge, presented by Ohmkar. Along with Rajini and others, he served as a judge on the reality show. On social media, his presence in Suma Kanakala’s Cash, which included choreographers Baba Bhaskar, Jaani, and Raghu, is very popular.